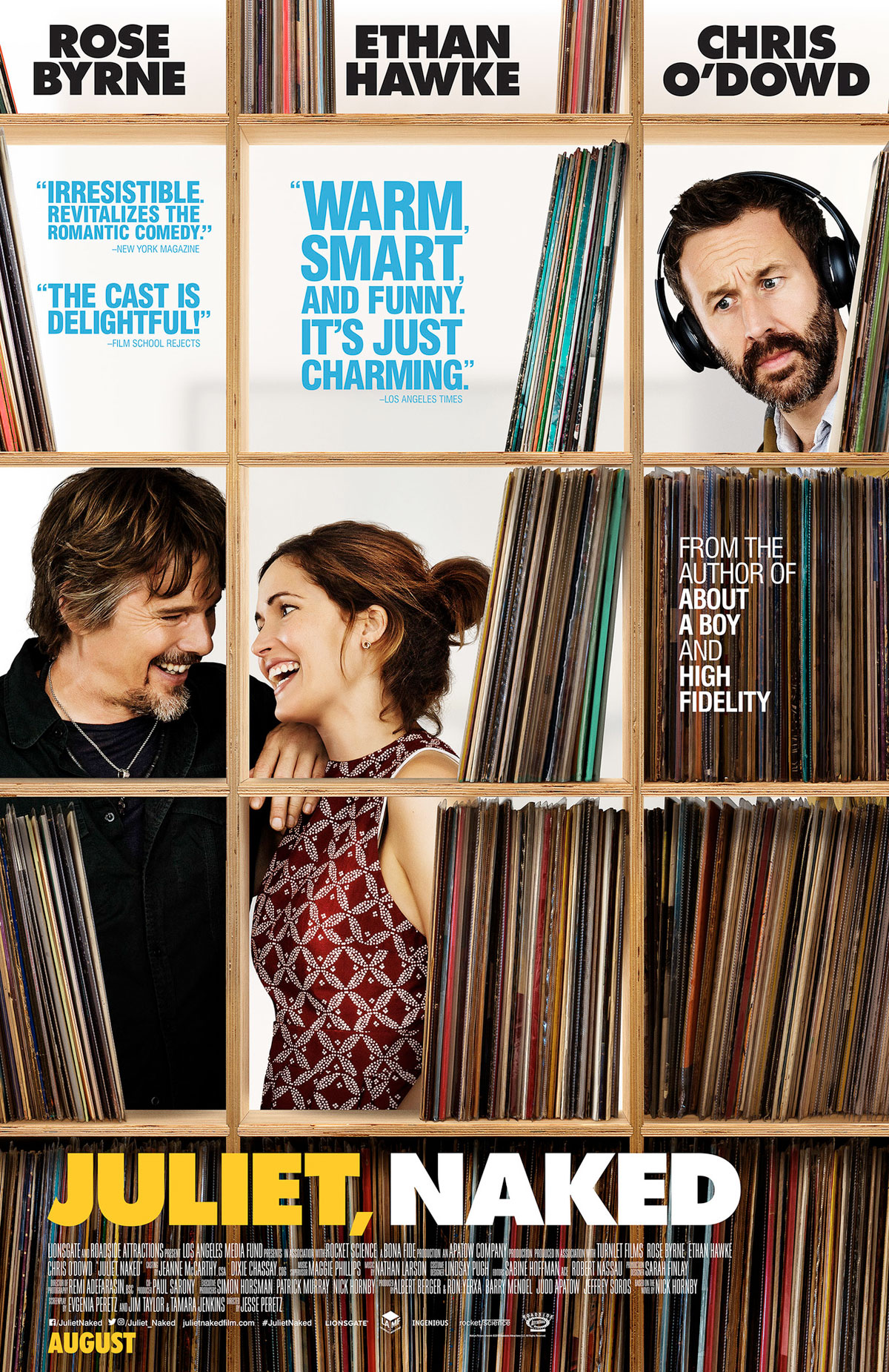 I read the novel on which this movie is based. I didn’t really like it. So, to summarize, I decided to waste 90 minutes of my life watching a film based on a book that I’d already read and already disliked. This is called masochism. Or just stupidity. I don’t know. But I figured, I needed something light to be on in the background, the cast was decent and at least I could get through it with little to no effort on my part. Turns out I was actually right about that.

Chris O’Dowd. He’s a funny dude. He usually delivers his dialogue in his sort of sing-songy Irish lilt. Sometimes, though, he tries to mask it (poorly) with an American accent. That goes not so well. Here, he goes full Irish, but there’s something about his delivery that always sounds kind of unsure or insincere. Even when he’s trying be. Maybe it’s his face (and his odd, hamster-like appearance), but he often times comes off as if he’s almost embarrassed to be delivering the lines he’s supposed to deliver. It really takes you out of whatever it is you’re watching. Granted, it took me a couple minutes to get used to Rose Byrne using her natural, posh British accent. I was first exposed to her in Damages, where she played American and I don’t think I even realized she was a Brit until I saw her again in Neighbors. Anyway, I’m not sure — despite their shared European-ness — that I ever bought them as a couple.

Anyway, the idea here is that O’Dowd’s character, Duncan, is a huge fan of this mysterious grunge-era dude, Tucker Crowe. Tucker is a Jeff Buckley type figure, I suppose. Duncan runs a dumb fan website where all these other middle-aged dudes trade love stories about Crowe’s music and conspiracy theories about where the heck he went when he suddenly dropped off the face of the musical Earth. Seems they probably could have just Googled him or like picked up a phone book or something and found him pretty easily, but that’s beside the point. Byrne is Duncan’s long-suffering girlfriend, Annie, who puts up with his obsession, but clearly doesn’t care for him or Crowe’s music.

Through some dumb luck and a scheme that could only happen in a book/movie, Annie ends up corresponding with Crowe via email. So she is now basically carrying on an email affair with her boyfriend’s man crush obsession. Crowe is, of course, Ethan Hawke. And Crowe is not the romantic soul that Duncan imagines him to be listening to his music, but a middle-aged slacker who has kids by three or four different women, is kind of a deadbeat and probably wasn’t that talented to begin with. Which means that Annie finds him irresistible for some reason? And that is where this thing (and the book) fall apart.

Let’s get this straight, Crowe is a loser. I’m not sure we’re supposed to view him any differently. Or, if we are, the filmmakers haven’t done their jobs. Yet this under-developed Annie character likes him for some reason. Other than the fact he’s fathered lots of children and her boyfriend, Duncan, doesn’t want children, I’m not sure what the draw is. Thing is, there are plenty of dudes out there (who aren’t old enough to be her dad) who do want children that aren’t him. Guys who haven’t accidentally impregnated a bunch of women. He’s not a very likable character and hers is unremarkable. Which, as you can imagine, makes for a pretty dull movie.

And, yes, I know this is just supposed to be a light romantic comedy. And that they don’t really make many of those any more because they don’t generally involve dudes in tights or NYC getting blown up. But even in that genre this one is pretty flat. Mainly because the characters aren’t compelling, the situation setup is interesting, but doesn’t really pay off and, mostly, it’s not at all funny. Sheesh, that doesn’t sound good at all.