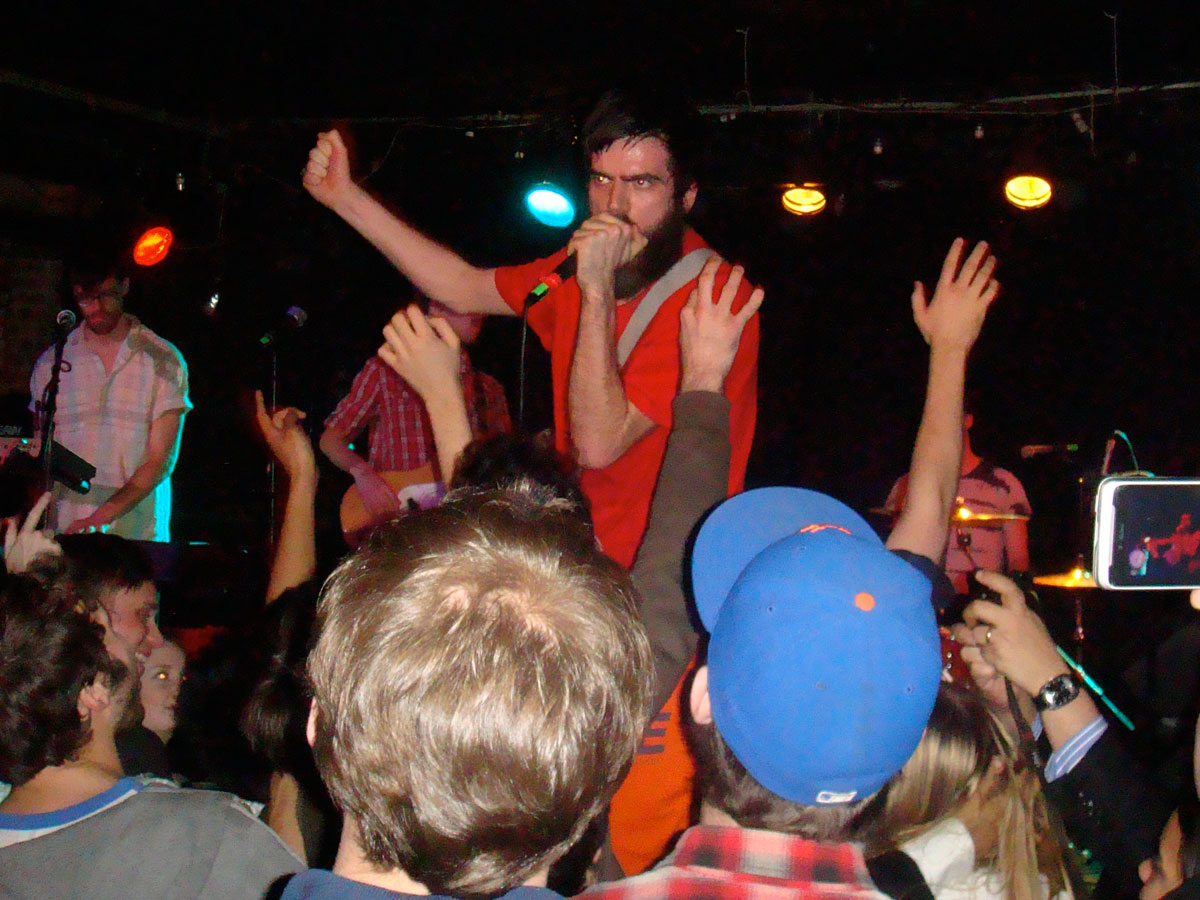 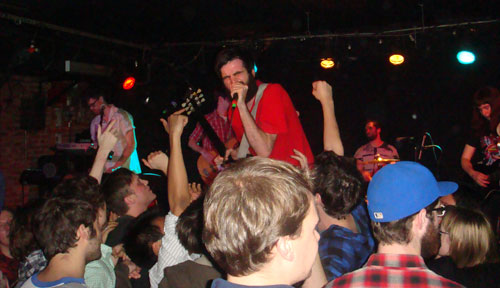 This was my second time seeing Titus Andronicus. My first was in their native New Jersey. Maxwell’s in Hoboken to be more specific. The show was rad (I think they still use that word, right?) This time we took them in at The Mercury Lounge in NYC as the headliners of a fundraiser for the Willie Mae Rock Camp for Girls. It was cool on a couple fronts. The first being that Titus Andronicus are amazing live, full of energy and good times. The second was the fact that Ms. Hipster actually went the to the Williie Mae Rock Camp for Woman back a few years ago, which is like the adult version of the girls’ camp and also benefits that program. Her band at the camp was called Insomniacs–a nod to classic, uh, band names of the past. Titus’ is a reference to an oddball Shakespeare play.

We skipped the first two opening bands (both alums of the Willie Mae camp) to grab some grub, but stood to watch Care Bears on Fire realizing that those garage-rocking girls were completely young enough to be our kids. Creepy in ways I can’t even begin to explain. And then, about eight feet from where we were standing, Titus Andronicus took the stage. The Mercury Lounge is far and away my favorite joint to see shows in NYC. The space is small, the sound is good and it’s super-easy to pop out to the empty bar right outside the performance space to grab another overpriced beer. Granted, this is the first show I’ve seen with “moshing.” I put that in quotes only because it was more like a pack of nerds in plaid kind of gently bumping into one another with their messenger bags (present company included). That said, it was still way more manly than the crowd at the Miles Kurosky and John Vanderslice shows I saw there the last time couple of times.

Of course they sounded great, of course the banter was more than anyone could expect and of course, in the ultimate irony, we had to leave before the show was over (again!) to catch a train home to… New Jersey. Anyway, go see ’em if you can and you can see the kind of thing I’ve posted below. Sorry for the crappy, tiny camera and my rubbery noodle arms that couldn’t hold the minuscule thing for all nine or so minutes of the song. Go see them if you can. They seem to lose bassists and drummers every couple of months, so definitely hit them and hit them hard before they’re an electronic duo. And make sure Amy Klein , the guitarist and sometimes violinist, is in your sightline, as she could make even a jaded curmudgeon like me smile like my twelve year old self finding that stack of Playboys in my friend’s poolhouse. Too much information?