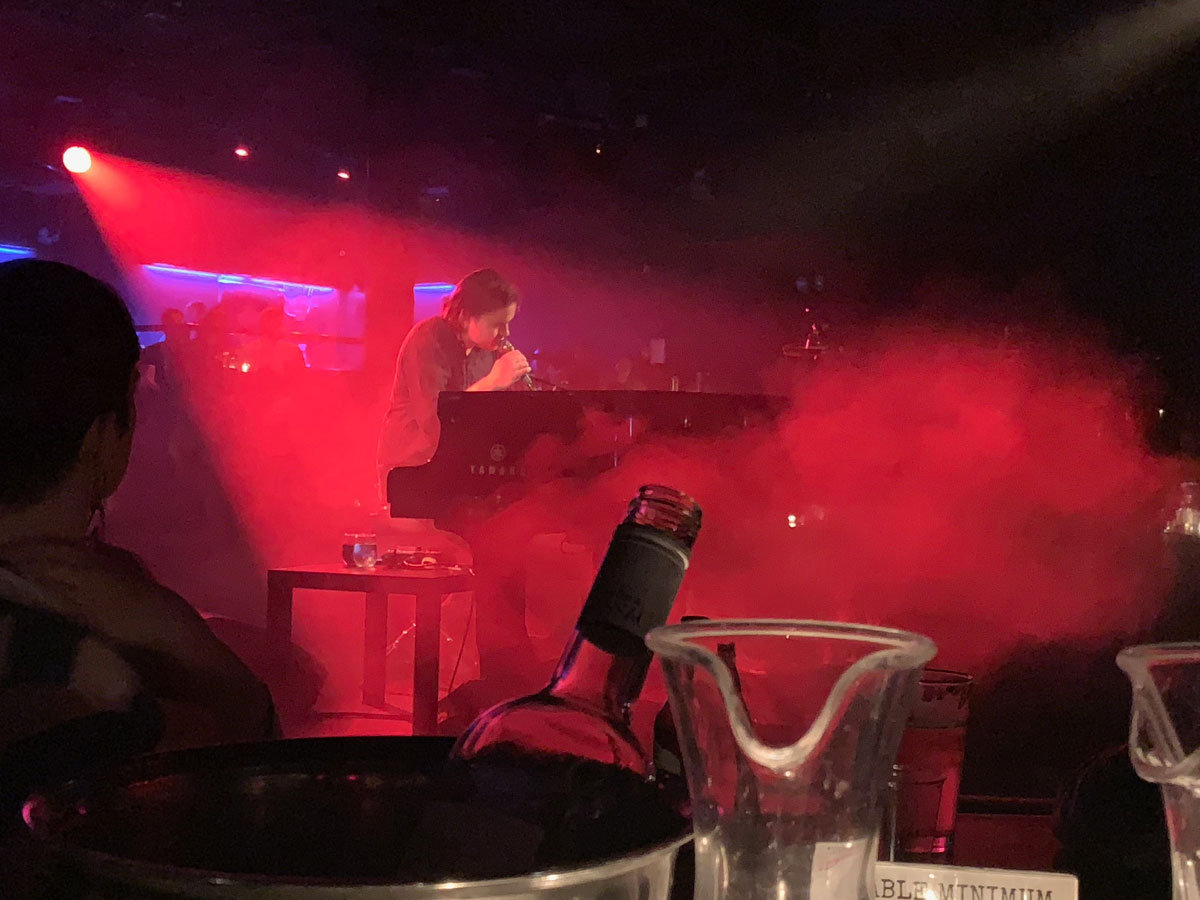 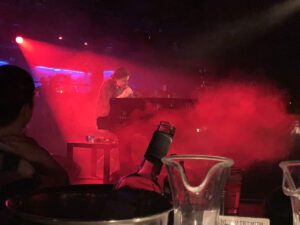 This one was a tough sell to Ms. Hipster. Spencer Krug and his various incarnations/contributions over the years can be as divisive as anyone’s. I believe at alternating times Ms. Hipster has referred to some of his music I’ve played her as “atrocious carnival music” and “vampire-sounding nonsense.” While I can see where she’s coming from, I think I managed to sneak this one under the radar by not admitting out loud exactly what she was going to see.

And, truth be told, I wasn’t exactly sure what I was going to see either. Krug has made a lot of music over the years, most obviously with his band Wolf Parade. Being the industrious Canadian that he is, he couldn’t just have a main gig, but had to start a side project, Sunset Rubdown. Not satisfied with his own stuff, he joined a Canadian indie rock supergroup, Swan Lake, and even threw some help to another Canadian band, Frog Eyes. And then there’s Moonface, which was essentially Krug’s way to put out his solo stuff (after turning Sunset Rubdown into a full-fledged band) that felt both more personal and even more weird and wondrous. How else do you describe music filled with minotaurs and shit?

Along with wanting to see what Krug would do with a totally stripped-down set, I was also curious to see a show at (Le) Poisson Rouge. It’s not a venue I’d ever been to, and I’m always curious to find new places in NYC to see live music. This one is certainly unique. I mean how often does one get to enjoy dinner theater? And that’s just what this is. You enter the building, go downstairs and enter a windowless room that feels like the Copacabana set up in the round. A bar on one side for the standing-room-only crowd and small and medium-sized tables on several different leveled platforms all around the stage. It’s definitely intimate and pretty cool. We sat at a table close to the stage, which accidentally turned out to be perfect seats, as Krug sat at a piano the entire time and we had a perfect view of him from mere feet away.

The evening started out rough, however. There was an opening band called Light Conductor. “Band” not really being the word for them. More like three middle-aged, hippy-looking people standing in front of laptops, dials and switches putting out what amounts to electronic noise. Like literally, the sound of electricity running through wires at different frequencies. Or at least that’s what my ears heard. And it droned on and on and I thought for a time we’d made a major mistake. It was disorienting. But maybe that was the point.

But once they left the stage, cleared out their wires and machines, all that was left was a grand piano and a drum stool. Krug came out and in his very Canadian, self-deprecating way wondered aloud why anyone would want to come out to watch him play the piano and sweat. Turns out he absolutely did both.

And even if you don’t know his music, the experience was pretty awesome. The man, despite his low-key persona, is a very passionate performer. He did stay seated at the piano for the extent of the show, but played the piano amazingly, sometimes with both hands and other times gripping the mic or pantomiming with one hand. I heard nary a screw up across the entirety of the show. And his singing. His voice is very unique and can also be one of those things that might make your mom wince, but in this forum was really cool. Ms. Hipster — who has a way better ear than I do when it comes to being on or off key — pointed out that he was never sharp or flat and that despite his funky voice was pitch perfect across all the different songs he half-sang, half yelped.

He performed songs from across his discography, including some solo stuff he’s put out via Patreon. I’d say he leaned heavily into his Moonface song list, which he mentioned as being the easiest to translate into piano music. At one point people shouted out song titles and he laughed them off mentioning that a few songs he hadn’t played in years and/or had no way to play solo on the keys. As he played, fog filled the room and then was sucked away by the air conditioning system, only to fill up again. A spotlight turned the fog different colors and the sound (especially from our vantage point) was flawless. Krug joked about his time slot and that he was being followed by some sort of weirdo dance party so he wasn’t going to do the encore nonsense and was going to ride out his time until they kicked him out. He was a great host.

And people really seemed to love it. Even Ms. Hipster put aside her pre-conceived notions and got into this solo dude with his 90s hair and Canadian accent singing songs about mythical creatures. There’s something oddly intimate about watching this stripped-bare music being played on a piano. Maybe it’s the instrument itself, as it requires a certain physical connection to the keyboard in order to coax sound out of it, but the whole thing felt very artistic and strangely sexual. It recalls those old clips of Tori Amos playing the piano side-saddle. Sorry, I know this just took a turn that would horrify Krug if he knew. Whatever the case, it felt like a very cool and very unique experience that I would urge anyone and everyone to go out and see should one of your favorites ever choose to do a stripped-down version of his or her songs in a close-up venue like this one.