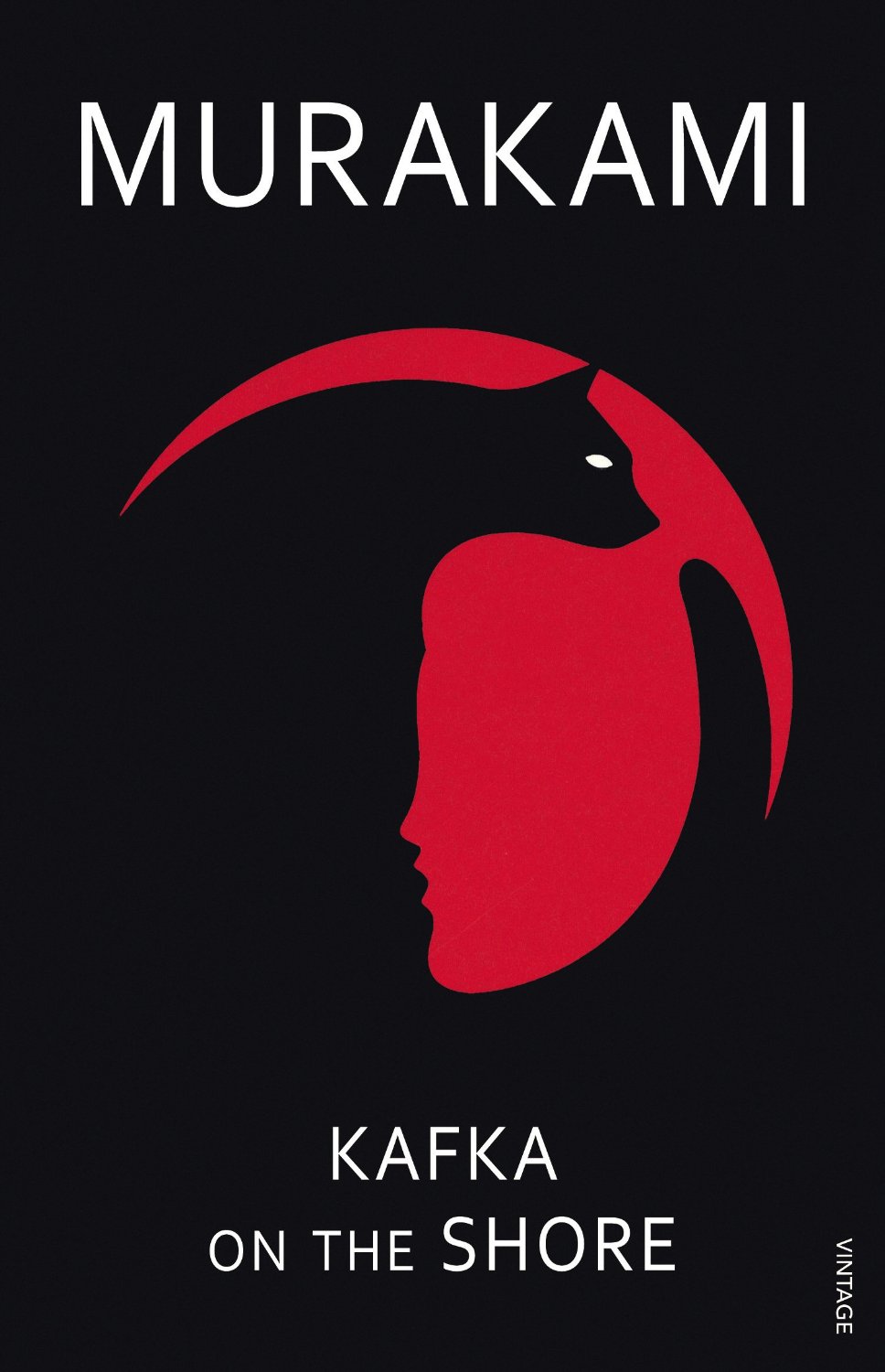 Kafka On the Shore

Fantastic realism I think they call it. Or mystic concretism. Maybe trippy groundedness? However you classify Murakami, this book certainly pushes the boundaries between the waking and dream worlds. How else could a book contain an appearance by Johnny Walker, Colonel Sanders, talking cats, rainstorms that contain nothing but fish and leeches, and a boy who is destined to kill his father and then sleep with both his sister and mother? Throw in Murakami’s penchant for mind-bending skull-fuckery and you have your typical journey down the rabbit hole.

To try to describe the actual plot of this book is kind of an exercise in futility, as, like the spoon in The Matrix, there is no plot. Granted, this isn’t surprising given the metaphysical nature of the thing. Call it a twisted coming of age story, for lack of a better term. I mean, I guess there’s a bit of a plot peaking around the edges, although describing it is like trying to describe the color green to blind man. So here goes: there’s a kid with a mean interior dialogue who feels lost and uncomfortable in his skin. His mom and older sister disappeared early in his life, and he lives with his dad, who doesn’t understand him and doesn’t seem to care. So he runs away from home. At the same time there’s an old dude who used to be smart, but is now “slow” due to some alien-ish event in his childhood. He can talk to cats, and seems to be on some sort of Zen mission to do something that’s unclear. The kid ends up at a library where he befriends a woman/man and a woman whose former boyfriend was beaten to death by his own troops in some Japanese uprising. The old dude, meanwhile, befriends a truck driver, makes it rain fish, and then leeches, and tries to find some stone that’s a transport to another dimension. Enough?

Despite the wacky sounding narrative here, it’s certainly not the wackiest of Murakami’s books that I’ve read. His characters are typically almost blank, passive canvases, so it was interesting to see a character in his teenage protagonist who had an actual interior voice (several, in fact) and an occasional point of view. Granted, there were still a bunch of instances where things happened to him, and he just seemed to be a leaf floating along on a stream. His character arc was a good one, though, and we see growth that is both spiritual and experiential. Ultimately it’s a young man’s search for his past in order to help him escape it and move on to the future.