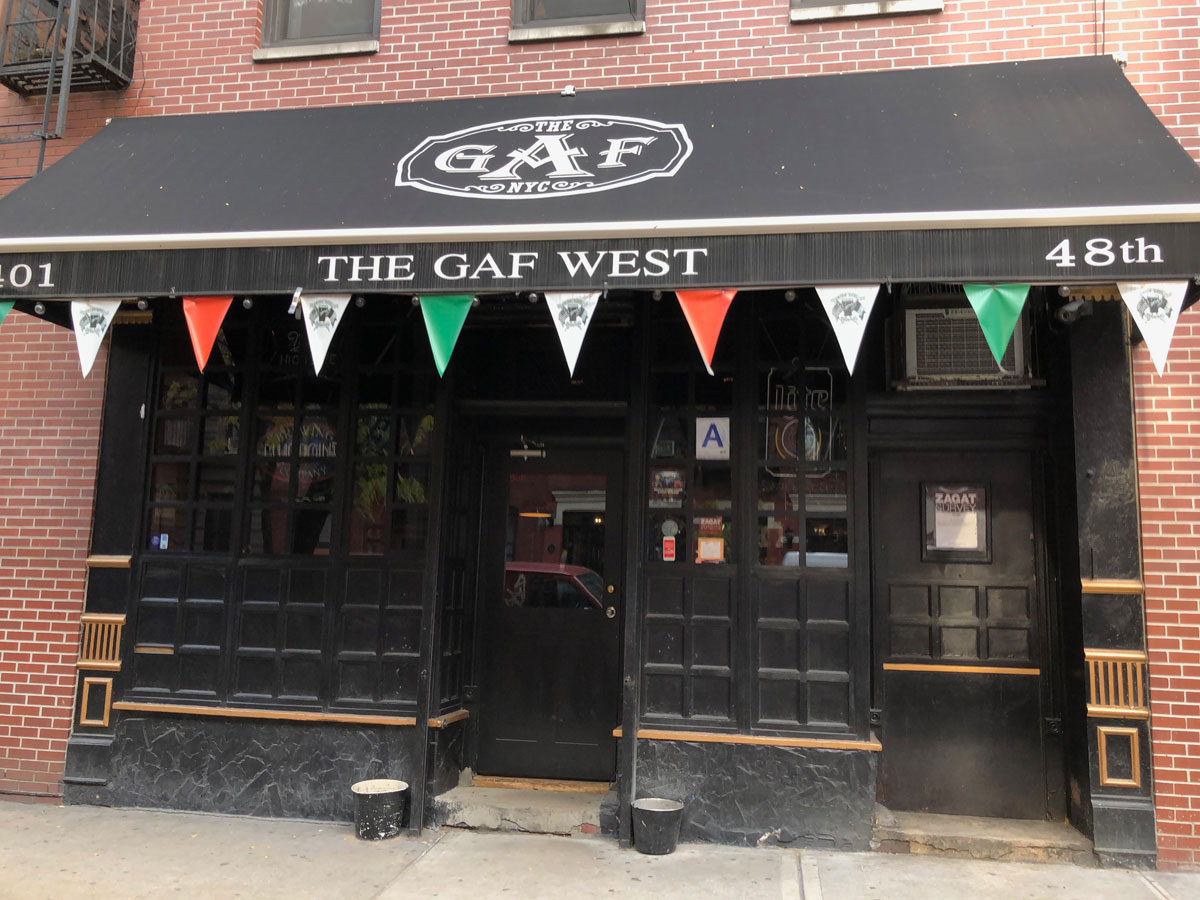 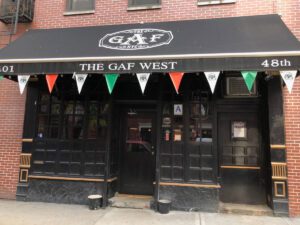 Yes, The Gaf is a different joint than Gaf Bar–but barely. The only real difference is about 35 streets, six avenues and a little lower decibel level. The Hell’s Kitchen crowd seems amazingly similar to the UES folks, but seems to avoid the kiddies that all UES bars sometimes attract. The bar is your typical small Irish pub, wood-style deal with a long bar opposite the door, TVs in the corners, a mini-bowling game, darts, a lot of smoke and mix of classic rock and U2 to put you in that drinking mood. The only break from the norm is the space downstairs that attempts the lounge thing, complete with couches and the like. (We never would have noticed it was there hadn’t the bathroom been downstairs.) The atmosphere here is low-key and tends to cater to a less rambunctious clientele, but we may have been there on a slow weekend. We’re sure that once the underage, bridge-and-tunnel crowd comes to the realization that Hell’s Kitchen isn’t quite as scary as it sounds, places like The Gaf will be packed with the same spandex and glitter lovin’ teens that tend to invade all the UES bars during the warmer months and school vacations. [MF]