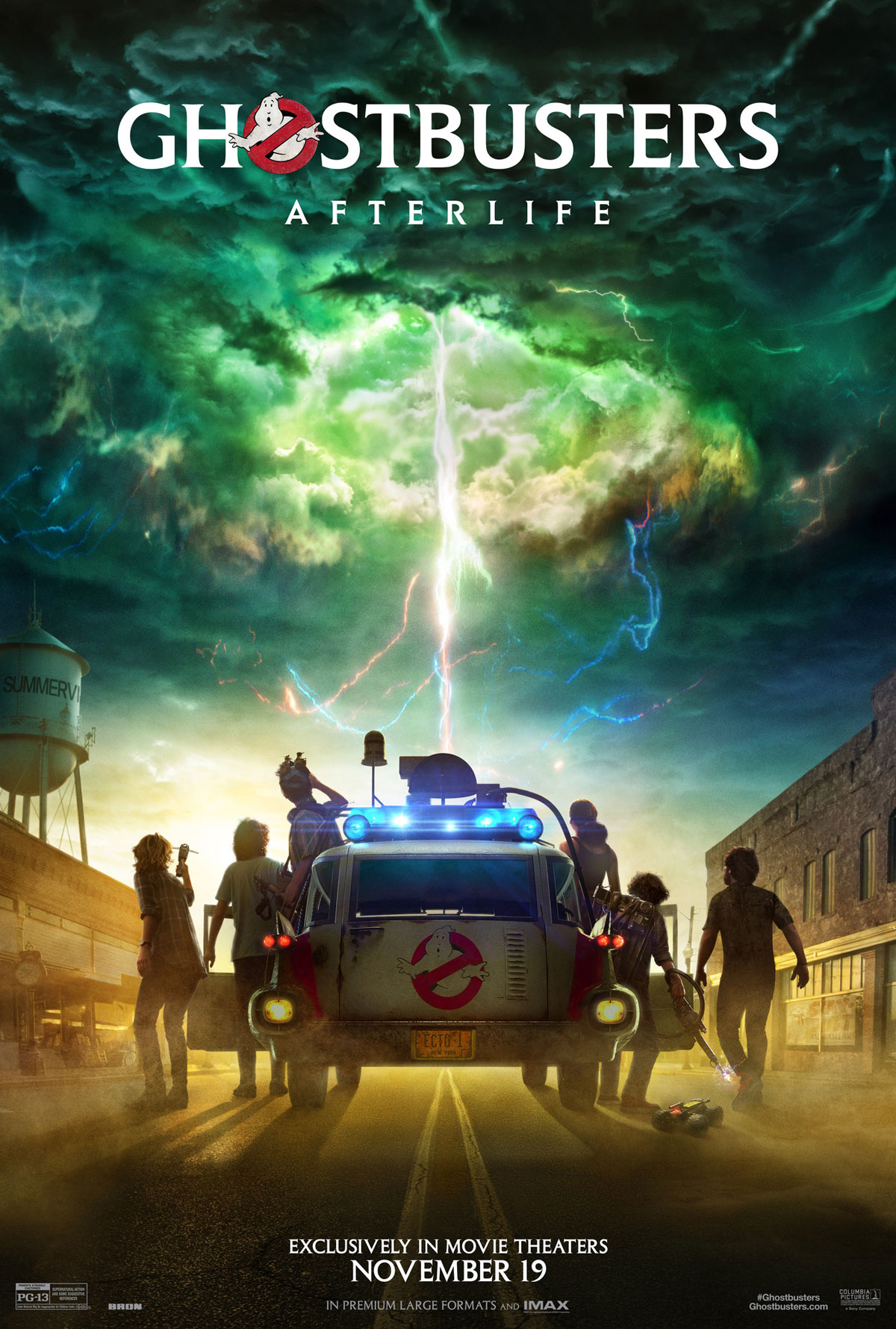 What are we doing here, man? Why on Earth was Ghostbusters: Afterlife ever something that needed to be made? The answers to these two questions are: 1. I don’t know 2. Absolutely-fucking-no. I’m not even sure how to classify this in terms of its existence. It’s certainly not something folks were scrambling for. It’s not about nostalgia per se. If it were that, they’d do something different. And it’s not whatever The Force Awakens was to A New Hope. This was a formally, but loosely tied, excercise in taking advantage of IP and a dead father in what feels like a pretty cynical move to make a confused film aimed neither at the original audience of the 1984 film, or its 1989 sequel, nor a new generation of young people who could honestly just watch Ghostbusters (no Afterlife) if they wanted to see a good movie.

I’m honestly not even going to bother going into the plot here. It’s absolute nonsense and not worth the time trying to explain how this completely non-canon daughter of Egon and her two kids end up entangled in a mish-mash of Ghostbuster lore in a farm house in Oklahoma. Yes, it takes place in farms and fields and not NYC, which in and of itself makes this a wholly different franchise. It would be like Miami Vice moving locales to Fargo. It ain’t the same thing. This is also ostensibly a teenager movie? Because it mostly stars teenagers? Despite the fact the original film starred adults, but managed to appeal to everyone from children and adolescents to teens to their parents. They bite certain aspects of the franchise, but did we really care about Zuul and Vinz Clortho and Gozer? I mean we liked to quote that shit all over the place, but the lore of those things felt more like ad-libbed nonsense from Bill Murray than anything else. But that was fine because it was funny and Rick Moranis turned into a giant demon dog. It was loud and ribald and awesomely silly. It took nothing seriously, including plot points. But all we wanted to do was watch dudes crack wise and occasionally blast some ghosts.

But Ghostbusters: Afterlife just tried too hard to be something. Throwing in a bunch of narrative culled from the first and second movies, but timidly putting it together in a plot that felt stilted and somewhat like Goonies light. I think Jason Reitman was trying to “honor” his dad’s vision in a way that felt too respectful. While also trying to put some of his Spielberg magic into his own vision of what this coming-of-age movie could be. Because nobody does that shit better than Steven S. Instead he made a hodge-podge of things he thought people might be nostalgic about with the underpinning of a story that would have been better off as an original script with none of the Ghostbuster weight tied around its neck. Honestly, you could take this whole script and swap out any mention of Ghostbusters and change some of the supernatural stuff to make it more simple and you could imagine a pretty decent story about familial legacy and redemption. But tying the whole thing to Harold Ramis’ Egon — an actor we know has been dead for seven or eight years — and kinda sorta making this the third movie in a trilogy just feels like a mistake.

And this is at the crux of the issue. When we see the kids uncover the old Ectomobile in Egon’s garage, we’re supposed to feel something. Which I suppose as a middle-aged person who absolutely loooooved the original when I saw it in the theater, I did a little. But this wasn’t for me. So what is the point? When old-ass Murray and team show up, do we think the swelling music and self-reference will spur something in youngsters? Am I annoyed that they totally wasted Bokeem Woodbine as a cop who is really weird in his treatment of an adolescent girl? But, as I said, this movie did not have to happen. And probably shouldn’t have. I know they had tried to develop Ghostbusters III years and years ago as a much different movie. So it makes me wonder if they didn’t just have a treatment floating out there with a decent idea about a mysterious inheritance that allows a mother and daughter better know the father and grandfather whom they never really knew. And then when this re-entered the picture, they just took that treatment and layered this on top of it. Because that’s certainly what it feels like. Forcing a film into that nostalgia box just because you still own the copyright on the ghost logo does not a good film make. Instead it cheapens the original while possibly wrecking what could have been a better movie without the backward-looking cash grab.