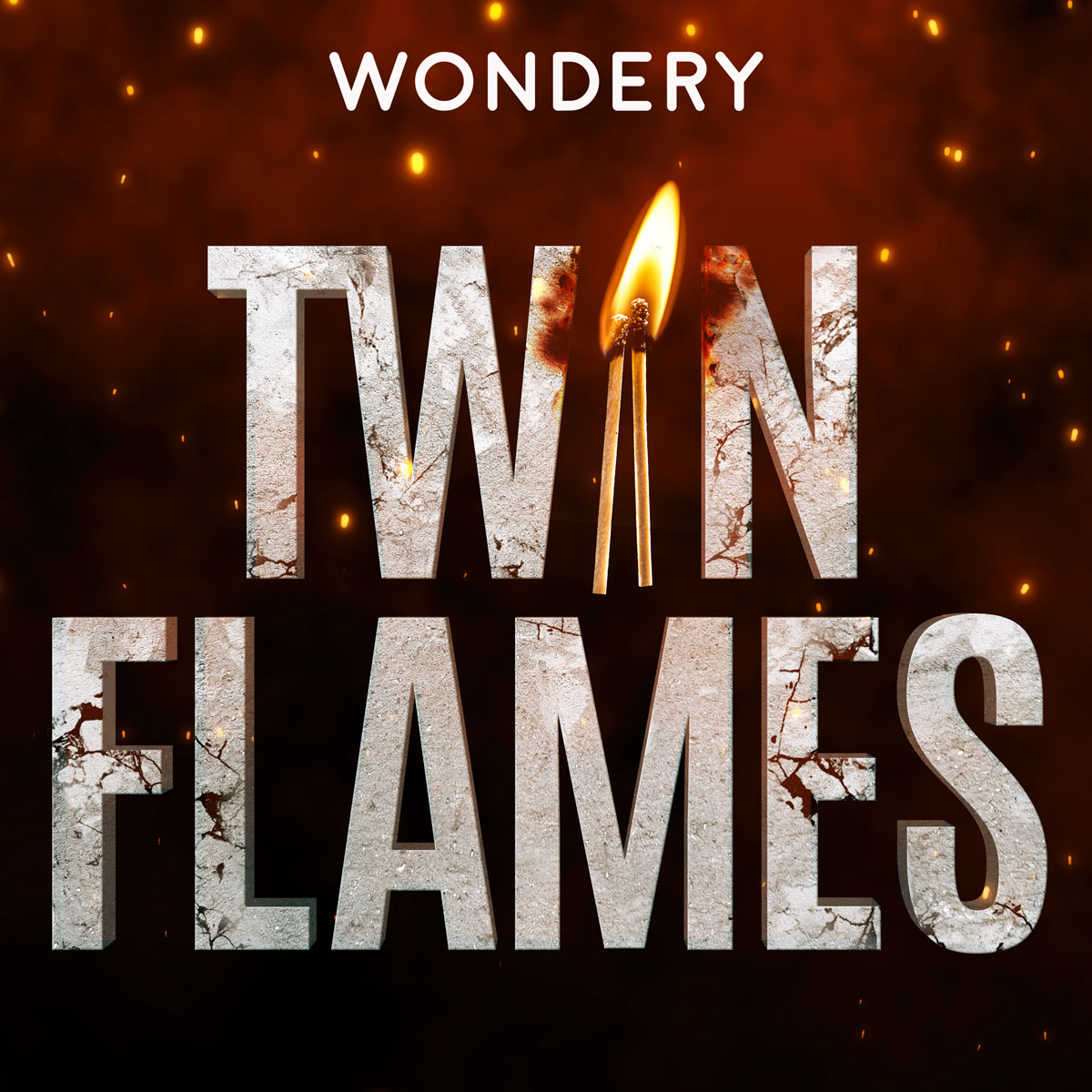 I’m just going to say it: this one was a little bit of a slog. I kind of fell into Twin Flames, probably hearing a tag at the end of another Wondery pod and just going with it. Podcast networks are the new music label. You’re like, “Hey, man, I like these other four bands on SST. I figure I’ll take a flyer on this fifth band because the guys who sign talent at that label clearly have a good ear.” But like my cassette buying prowess in the eighties and nineties, not everything on the same label as the band you like is going to be a band you like. And so it goes with Twin Flame. It just doesn’t have the same narrative through-line and snap that some of their other, more successful pods have. And maybe that’s because this isn’t your typical true crime pod, but rather one with ambiguity to it. There isn’t a crime per se, but there is certainly some opportunistic scumbaggery. Some flim-flammery. Some attempts at cult-like control. But a less-than-impressive antagonist and a wet firecracker ending kind of finds this thing meandering and fizzling down the stretch.

If you’re going to start a cult on YouTube after basically being a failed idiot most of your life, you better make damn well sure you’re a smart and/or charismatic idiot. Thing is, the dude who started this whole Twin Flames thing, Jef Ayan, is kind of a dufus-y moron. We know this because, again, there are a ton of YouTube videos where he opens his mouth and talks. He talks like some lax douche stumbling out of a tent at Burning Man. His lady, Shaleia, is equally air-headed and useless. These are not threatening people. These are not smart people. These are not even reasonably charismatic or convincing people. So it is with complete confusion that I listened to episode after episode of stories about dummies continuing to follow these two into love. I mean generally these kind of people have “something.” They have nothing. Even the idea of a twin flame makes no fucking sense. That idea is that everyone has one perfect match on this Earth. And Jeff and Shaleia are going to help you find that person. Which becomes problematic pretty quickly after they identify your twin flame and that person either has no interest or just out-and-out rejects you. Because… well, because if there’s only one person, what do Jeff and Shaleia do then? They can’t possibly keep you in the $7,000 twin flame class package if you met your twin flame and they are out. Erm, well, maybe this other person is your twin flame. Sorry, man. So dumb.

So the pod talks to some of these people who fell for this very, very obvious scam. Like why wouldn’t your twin flame be some dude in Australia? Do all peoples’ twin flames happen to live in their town? Or be someone they coincidently already met? I mean, that’s nonsense. Even later, it seemed that everyone’s twin flame happened to be other people in the actual Twin Flame Universe. Which just meant another sucker paying Jeff money to watch YouTube videos of him blather. Well, that seems very coincidental! And it didn’t maybe set off some alarms with these people when Jeff turned this new age-y nonsense into a weirdo Jesus thing. Like literally he literally claimed to be Jesus. I’m not even joking. I think one person they interviewed on the pod bailed when it turned religious (despite the fact Jeff still cussed like a sailor and talked like a Miller Lite bro). Because I suppose Jesus would, right? Anyway, the whole program makes no sense. But it’s clear that Jeff prayed on seriously damaged people. Lonely, sad ladies who thought they had no other outlet for love. Despite the 37,000 dating sites out there for everyone from cat lovers to farmer lovers. It’s clear Jeff manipulates and further damages his members. Making up some shit about gender identity for his members, which in some regards was open-minded, but also forced some people into identity roles they were not prepared to take on just to make a love match between members. Most of whom seemed to be women. So, hard to coincidently match your members to each other if there aren’t enough men. Voila! Make some women think they are metaphysically men and pair them with women, despite neither being lesbians. Yikes.

The issue is that the whole thing seems so stupid that the stakes don’t seem very high. The group only meets over YouTube, so there is very little in the way of menace the way there is in other cults. Ex-members who they interview who bailed merely walked away. Or, rather, they just stopped logging into that YouTube channel and maybe blocked Twin Flames’ email address. It’s kinda ani-climactic in all instances. There’s like one story of obsession that leads to an arrest. But it’s really just one woman, who is clearly unstable and very sad. And probably would have stalked dudes without the encouragement of Jeff. Even though he didn’t really tell her to stalk the dude. That was just her interpretation. Point is, this could have been a two-episode pod of something like The Opportunist. Seven is just too much. There weren’t the guests to support it. There was no crime, only creepiness, and the outcome was disappointingly boring. Honestly I didn’t even realize Brooklyn Nine-Nine actress Stephanie Beatriz was the host until reading up on this just now. I can’t say she added much, though. Despite me liking her otherwise.

Ultimately I’m just not sure this YouTube cult had the same impact or the same level of compulsive interest that the creators thought it might. There’s no build. There’s no real propulsive narrative. There’s no crime per se. Not that a crime is really promised, but it hardly seems like these jags got their comeuppance. Some people just decided to log off. Big deal. It’s like any content creator — because that’s ultimately what Jeff is — who has to just keep amping up their content with crazier shit until people get tired of it and move on to something more compelling. It’s less that the Twin Flames universe got busted and went down in flames. It’s just that their crazy members turned their crazy on some new thing. And were replaced with less crazy people. Not less-crazy. Like literally a smaller number of crazy people. Which is just kind of the evolution of any act. And that… well that just doesn’t make for great content any way you cut it.