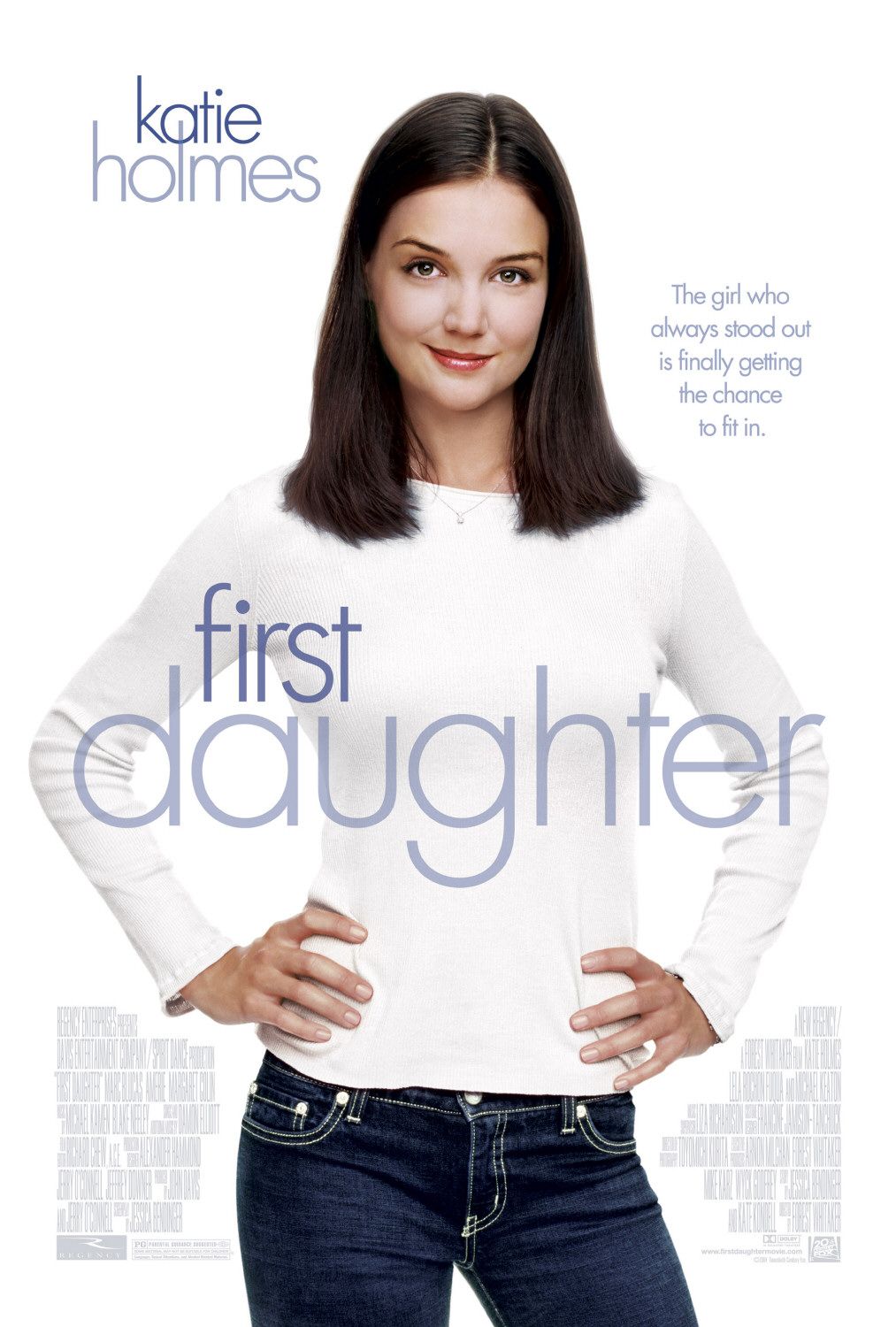 So Katie Holmes might have been on my imaginary “if I were to stray for a Hollywood starlet” list. That was before she fell for Mr. You Don’t Know the History of Psychiatry and showed her flair for communicable diseases and crazed smiles. And it was before I saw this piece of shit movie. Not that it was completely her fault, but she has fallen like two levels from top tier to like Amanda Peet or Rachel Weisz levels. Shit, she may like in the Moira Kelly or Mary-Louise Parker strata at this point.

Point being, this movie sucked enough to make me question my taste in both film and women. The oddest part about me wasting 92 minutes of my life watching this disaster was that I had an amazing feeling I had seen it before, yet I watched on. And then I realized that I hadn’t in fact seen this movie, but it’s evil twin, Chasing Liberty. No joke, they are the exact same movie. They even came out the same year–and the working title of Chasing Liberty was (drumroll please) First Daughter. Whew, that’s more awkward than showing up to a wedding in the same dress as some other dude (it happens).

Both movies revolve around the teenage daughter of the president. Both are predictably restless in their sheltered lives constantly surrounded by Secret Service. In this movie the daughter goes to college instead of Europe, but both soon find their lives too constrictive with all the protection–both from their fathers and the dudes with earpieces and guns. Enter the mysterious male character who is inexplicably allowed to get very close to the first daughter without interference from security. Hmmm, that seems fishy. But not to our brilliant girls!

Of course they can outsmart trained professionals by wearing hooded sweatshirts, sneaking out windows and driving scooters real fast. Hmm, might her love–who also mysteriously replaces her RA–be a duplicitous agent posing as a student to trick her into thinking she has free will, when in fact she is being watched by the people from which she thinks she is escaping? Why not, right? When she tries to kiss him (she is still hot, regardless of my earlier denials), does she really think he’s saying it’s “against the rules” because he’s her damn RA? Hoofa and sorry for the “spoilers.”