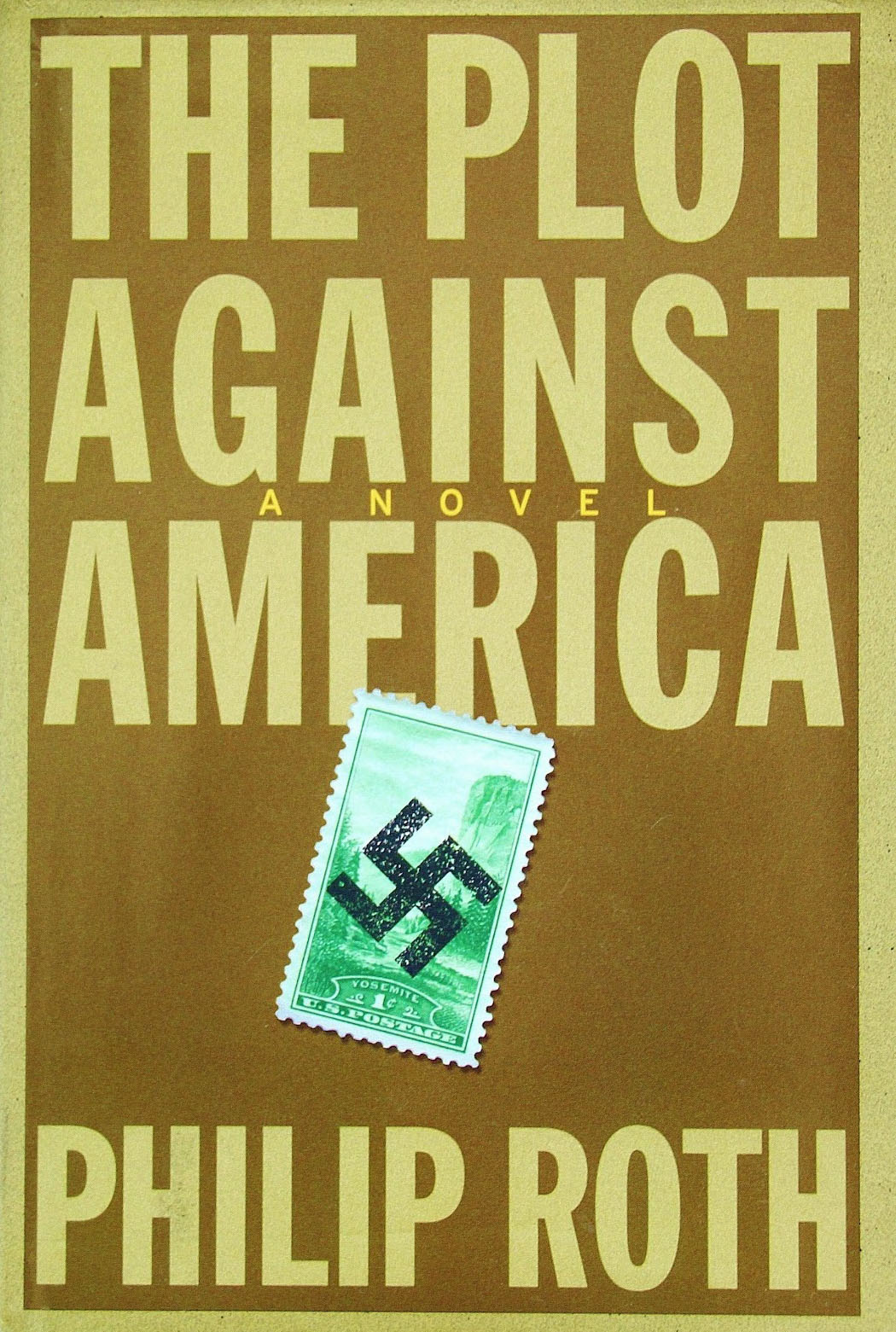 The Plot Against America

I can’t believe that Philip Roth plays to Middle America. I mean the guy couldn’t be more Jewish if he shat dreidels and dressed head to toe in potato latkes. Christ, I’m even overwhelmed by the amount of Jewiness in his books–and this one is the most Hebrew yet. The term that most consistently comes to mind is “persecution complex.” It’s one of those things that The Tribe is saddled with whether they like it or not. Thousands of years of getting your ass kicked by every race and religion under the sun will do that to a people. This is Roth’s natural persecution complex being played out to its ultimate paranoid conclusion. What if America–a land he clearly loves but doesn’t necessarily trust–did the unthinkable and elected a right-wing, nut job religious zealot… Uh, I mean a rightwing, isolationist Hitler admiring fascist anti-Semite? Such is Roth’s fantastical nightmare when Charles Lindbergh defeats FDR for the third term of his presidency. Oy, what a mess! While the book is an interesting “what if,” the narrative gets repetitive and preachy. As a fantasy it also takes certain things too far and others not far enough. It just doesn’t ring true. The most disappointing part of the plot is the quick and easy way everything is resolved. The thing literally wraps up in like ten pages and, like an episode of The Simpsons; all goes back to normal as if nothing ever happened. Ultimately I’m left without a sense of what the point is he’s trying to make. I get it’s a cautionary tale, but for whom?