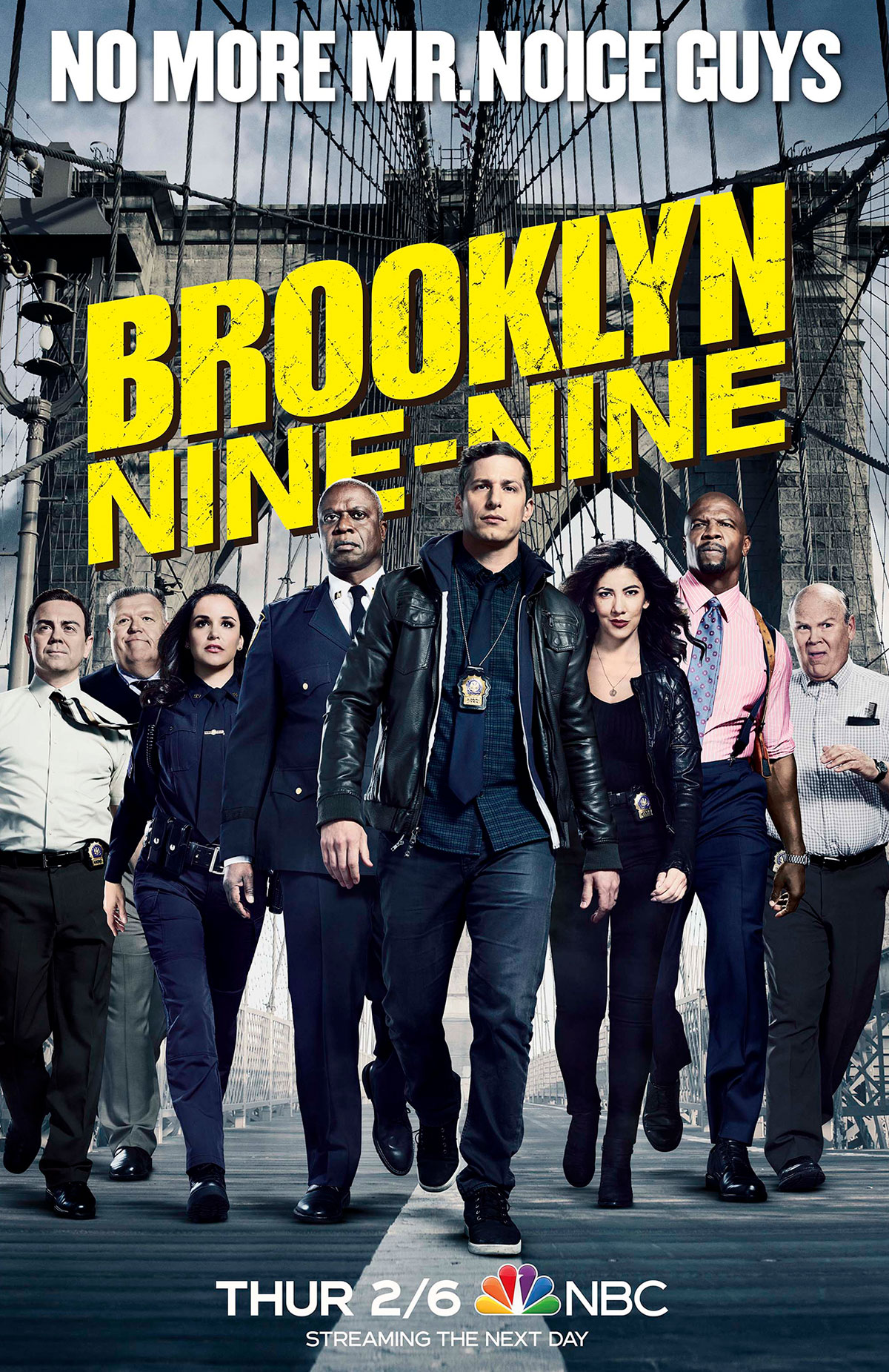 This is what happens when you are a hipster, but you also have children. And you eat dinner in front of the TV every night like all responsible hipster parents do. So, Brooklyn Nine-Nine is just another in the line of insane binges of NBC sitcoms, following The Office and Parks and Recreation. That’s a staggering amount of family-friendly-ish, mainstream television. 457 episodes to be exact.

To watch this on the back of Parks and Rec may have been a bit of an overdose of Michael Schur. His shows have a pattern and a patter that becomes familiar and, in some cases, a little tired. Especially when, in the case of Brooklyn Nine-Nine, you go eight seasons deep. You have the once-a-season heist episode. You have a thousand jokes about how Terry Crews likes yogurt. The lamest characters on the show, Hitchcock and Scully, are lazy and old and like to sit down and eat stuff. They kind of stink for the most part, truth be told.

But dammit if I couldn’t watch Andre Braugher be Captain Raymond Holt all day long. He makes the perfect straight man, though he’s often the funniest character on the show. They took the trope of the screaming, angry captain and made him a gay, opera-loving stiff who hates cussing and junk food. He’s an anachronism in a show that thrives on pop culture. He is the ying to Jake Peralta’s (Andy Samberg) yang. Or one of those ego and id things? I never took an Eastern religion or psyche class in college, so I don’t know. But you get the idea. Samberg, who I thought was going to annoy the hell out of me because I figured Jake would be a man-child, devil-may-care jackass. But his character is actually really well done. He’s not just a joke machine or a prat fall guy. Or, like Leslie Knope, a relatively psychotic character when you really consider things. His character is cocky, but also damaged and, ultimately, likable. And that shit is hard to pull off. And Samberg is actually really good. He’s funny, but also does the “heart” stuff way better than you’d expect from the “Dick In a Box” guy. Much to my surprise.

And, look, there are some painfully bad episodes. The worst of which was some sort of bizarro disaster of a crossover event with New Girl (which in turn had their crossover event as well). But all-in-all, it’s a better show than Parks and Rec. It’s certainly funnier. It’s way different than The Office — nowhere as dark or as cringey. It has the same lack of plot coherence as those shows, often tossing aside how time and space work in favor of just moving the scenes along. Characters seem to teleport, some days are two hours long and others are sixty. It’s a weird, warped sitcom world that is never called to the carpet about plot holes you could drive an ocean liner through. This one is different in that it is in some episodes a little bit of a police procedural. A really goofy one, but a cop show nonetheless. So Jake or his sidekick, Charles (Joe Lo Truglio), often solve crimes by just putting their finger to their chins or seeing a scrap of paper sitting on a desk. It’s the furthest thing from real police work. But I suppose that’s fine. Oh, and the guy or gal you think did the crime is pretty much always the person who did the crime. This ain’t no Law & Order.

Now… and I know this is probably a lame take, but the Gina Linetti (Chelsea Peretti) character is the fucking worst. She’s the office admin and Jake’s friend from childhood who he got a gig out of pity or something. And she’s mean and vapid and pretty much horrible. She’s also incredibly unfunny to me. And the rest of the Hipster clan. None of us liked her and were kind of happy to see her go during season six. Good riddance to millennial wannabe trash (who is actually Gen X).

I suppose the elephant in the room at this point is the fact that Brooklyn Nine-Nine is a cop show. One that will presumably come back on the air in 2020 or 2021. And it’s not like a NYPD Blue kind of thing where they show the department warts and all. There’s no violent, racist Andy Sipowicz type. Nope, it’s a comedy. And it’s great that the force is relatively diverse, but they’re still seen mostly as lovable goofballs who put away bad guys in an era where that isn’t everyone’s impression of the police. Of course the people on the show are comedians and not law enforcement, so they probably won’t out-and-out cancel the shit like they did to Cops, but I imagine there’s going to have to be some sort of reckoning. Maybe. They did do a few “very special” episodes along the way that tried to address racial profiling and sexual orientation, but it felt super-forced and very out of character for the show. It felt like the NBC execs thought their “The More You Know” campaign needed some sort of tie-in.

Anyhow, the series is certainly a lot of fun. It’s light and breezy and the main stars are terrific. I wish Terry Crews was like my uncle or something. Samberg is surprisingly warm and entertaining, despite my initial hesitance. The plots range from inane to nonsensical to repetitive and back again, but you don’t generally come to sitcoms for mind-bending narratives. This shit ain’t Dark. It’s honestly the best of the Schur shows to watch over a plate of ziti or broiled chicken and veggies. Something for everyone.