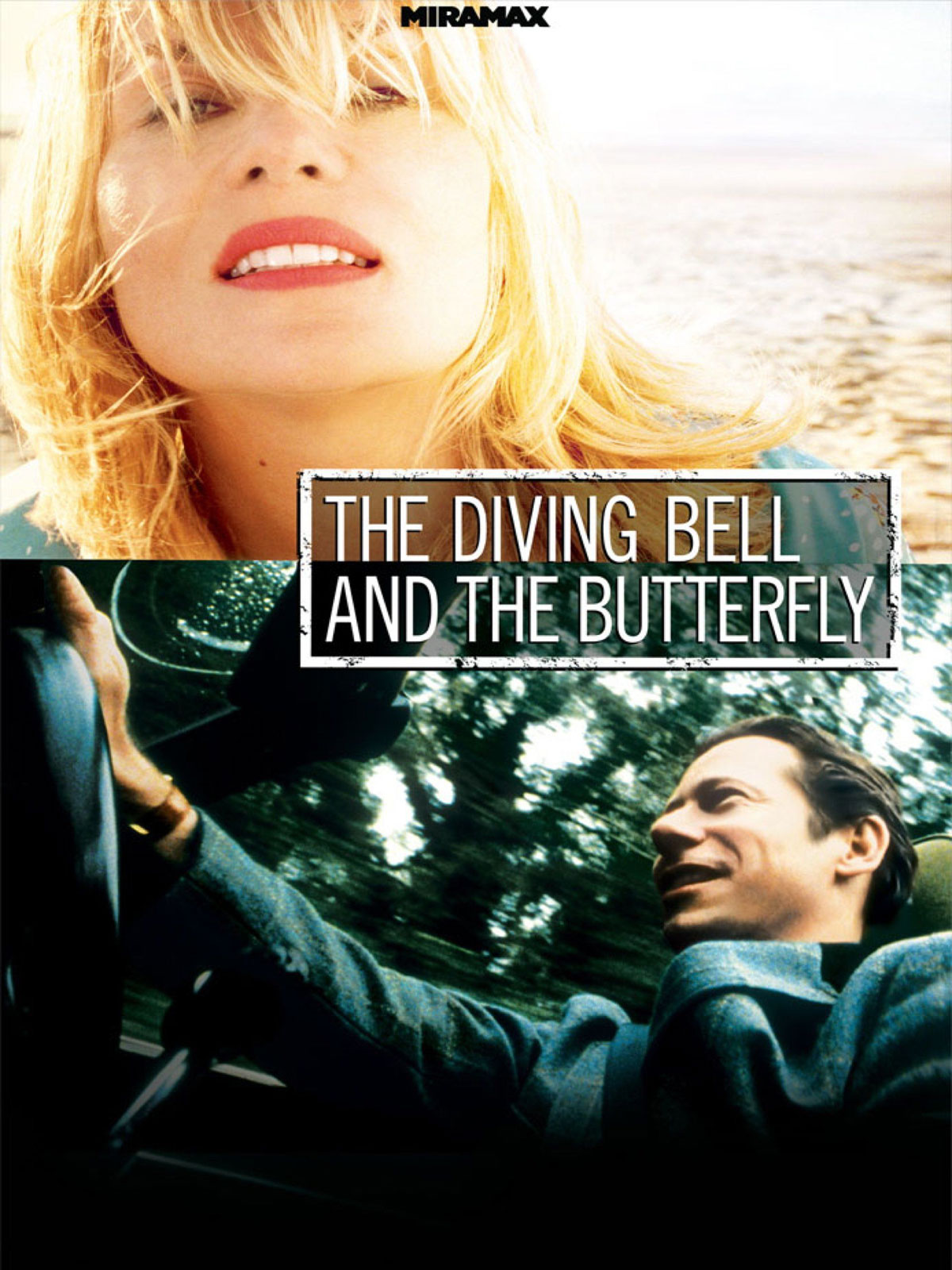 The Diving Bell and the Butterfly

I want to give full transparency here, as I think my viewing experience might have skewed my thoughts on this film and led me to the false conclusion that it was a completely dreadful mess. I rented the thing on Netflix after hearing high praise from several sources (although I was a wee bit suspect of their tastes, truth be told) and after sitting with it for a few weeks ripped it to watch on my iPod and returned the thing. After all, there weren’t going to be giant robots, car chases or cackling villains. The thing sounded like a cross between My Dinner with Andre and My Left Foot. Not exactly scintillating stuff that would necessitate the 43″ LCD. I might have f’d up something when ripping it, as the version I ended up with was dubbed into English rather than being subtitled. This actually turned out to be a blessing, as reading subtitles on an iPod is tough.

So the first thing that distracted me was the awful dubbing. The second was the dude’s cloying cologne next to on the bus. Despite these two small details, I found the dude with locked in syndrome not sympathetic but somewhat comical. The syndrome would be devastating, of course, but the guy looked like a Canadian Homer Simpson (it was the furry hat I think), and I couldn’t help but giggle at some of his wacky eye rolling scenes with his bad glasses with one lens. And, really, there are only so many times I can hear the repetition of those same spate of letters in French before I just want to scream. I was bored, and not in any way moved by this man’s plight. And I think that had to do more with the distracting way the director played with the camera, the too subdued atmosphere, and the nothing dialogue than the true life story, which is in and of itself pretty compelling.

Anyway, I think I found another genre of movies I don’t enjoy. Call them gimp movies or whathaveyou, but this one just sat there and did nothing for me. *Blink*