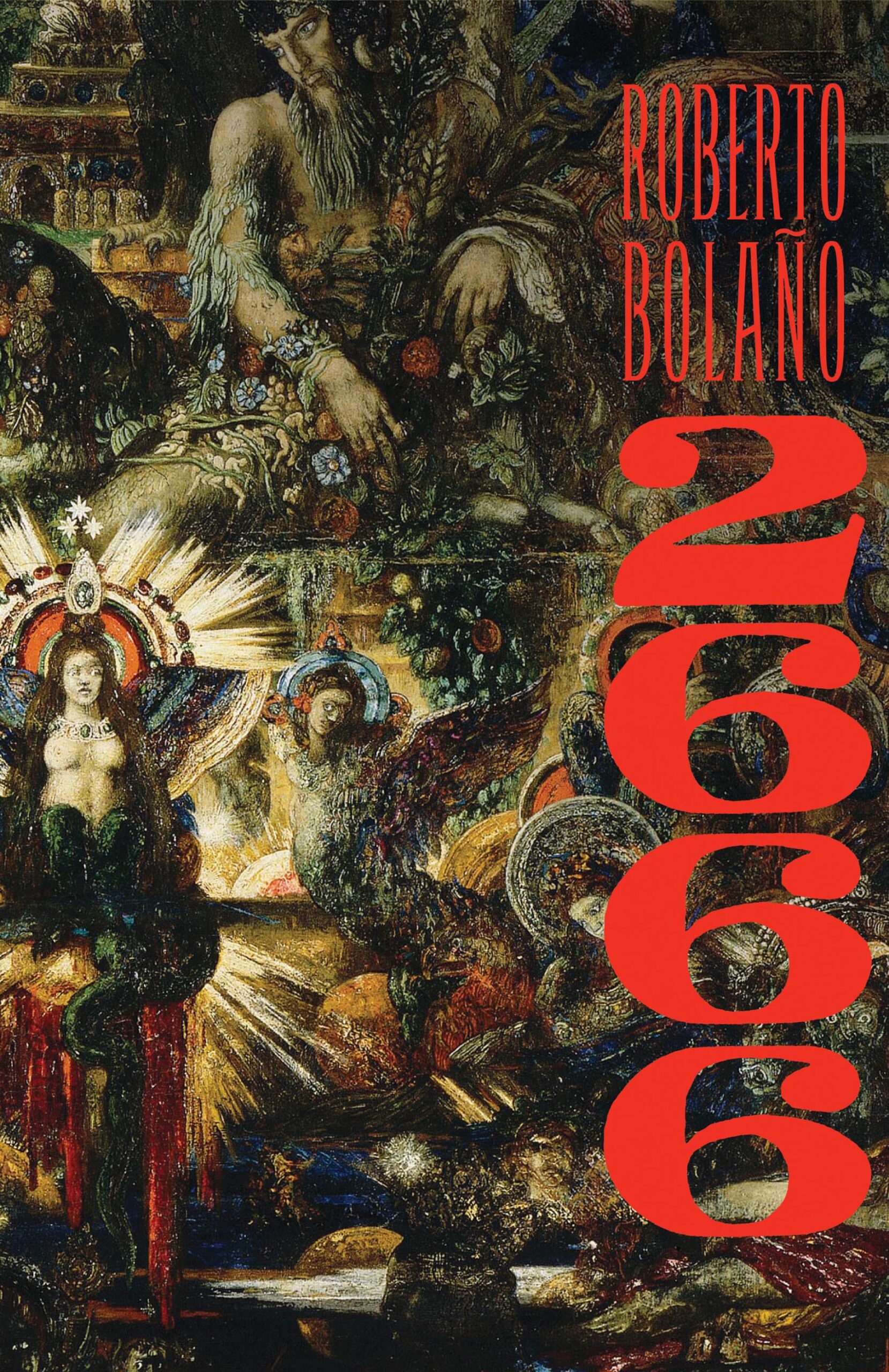 An epic, 900-page novel made up of five books and loosely centered around hundreds of murders of young women in Mexico sounds like just the kind of light reading one might want to take on on the beach or on a plane or anywhere that doesn’t have a strong beam and an appropriate length of rope. I read review after review of this book, Balaño’s posthumous work that he wrote while on death’s door (in his native Spanish), and only ended up dying after apparently sticking the thing in a drawer for his wife to find and eventually get published, that said it was a beautiful masterpiece and all those fun accolades that long, complicated literary novels with slightly mysterious origins get after their authors die mid-sentence. I do have to say that the whole thing felt a little daunting, especially so soon on the heels of reading the 950-page 1Q84. I mean, Balaño is no Thomas Pynchon, with his giant adenoids and whatnot, but by all accounts this thing was no walk in the park in terms of its simplicity or straightforward narrative.

I’ve done a little reading about this thing, and I can’t quite remember exactly what the author’s intention was with the five books before he died, but I seem to recall that he perhaps intended them to be published separately. That would have been a big mistake. Sure, the books are different in content and narrative style, but they are ultimately interconnected and would certainly be underwhelming as stand-alone stories. As a narrative arc, the stories hang together okay, with the exception of the fourth book (called “The Part About the Crimes”), which was, for me, almost unreadable at times as it chronicled, in a disconnected voice, the hundreds of brutal murders of mostly young women in Santa Teresa, Mexico. Perhaps this was intentional, but after hearing about the fiftieth girl getting raped and killed, I just wanted to call the author up (even though he himself is dead) and ask him what the hell his morbid obsession is and why the hell he decided to pound on it so hard. Especially after a really strong starting chapter that was so well written, an interesting mix of character and plot development and creating an air of mystery, while still telling a very human story. It takes until the final chapter to really see how these things are going to tie together in any way, but like most “literary” authors, he has no intention of tying everything up in a nice, neat bow. Instead he solves one secondary thing for us, but just lets the central mystery of who’s killing all these women go completely unanswered. And, frankly, unaddressed.

So, is this book impressive in its breadth? Sure it is. Are there kernels here that are sometimes fascinating and at other times brilliant? Of course. The guy is a really good writer, there is no doubt. But does this make a compelling novel 100% of the time? Not really. There are times where I felt like I wanted it to be more literary and less literal — or at least less removed from its subject matter emotionally. And then there were times where I wish we could pull back and get a sense of the larger picture and not just focus so much on what seemed like unnecessary details. All in all I was a little confused by the direction and intent of the book. I’m certain, based on the reviews by people way smarter and more learned that me, that there is some deeper meaning here, some reason for the endless chapters about the brutal slayings of Mexican women, but on the whole I found parts of the book a real slog and other parts somewhat disjointed and directionless. This is why, I guess, I shouldn’t attempt to read these kinds of books without first dedicating myself to the cause and tamping down on the distractions and taking this stuff a little more seriously.