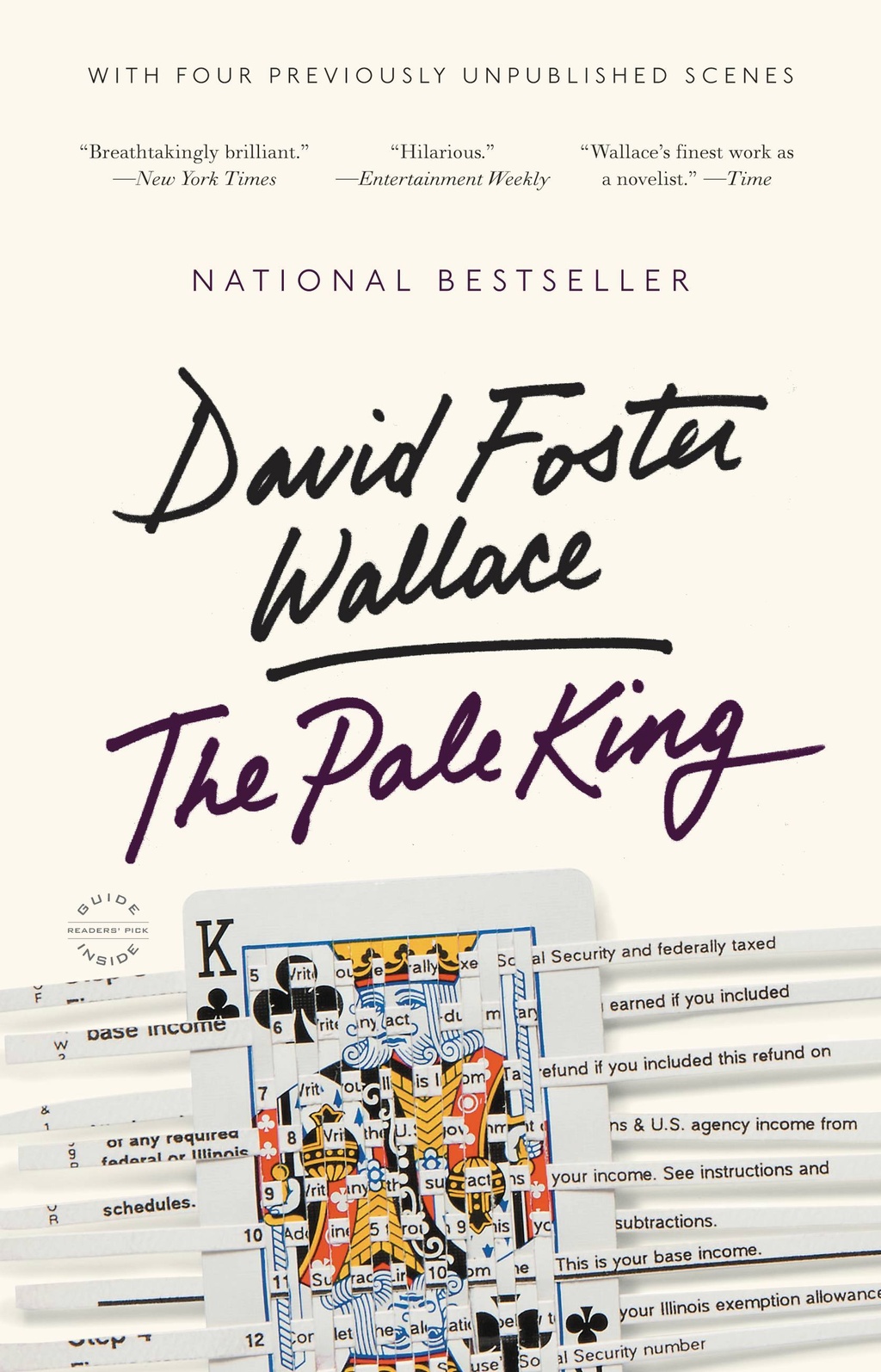 Nobody ever said David Foster Wallace was an easy read. Granted, some of his books are easier than others. I got through Infinite Jest, with all of its end notes and surreal craziness, while hanging from a strap on a subway. It was almost impossible both hefting its mass, flipping back and forth to the end of the book with one hand and wending my way around the intricate plot, meandering frames of reference and all the other things that come with Foster Wallace’s storytelling. It was almost impossible. Almost. But I made it through.

I’m sad to say I was less successful with this one. It turned out to be impossible — at least for me. I’m not certain if it was the subject or the writing or the. Wait. It was the subject. Honestly, I could give two fucks about the IRS. And accounting. And the rules around accounting and the IRS. It bores me. It bores me and confuses me and puts me right the hell to sleep. So, why, you ask would I then endeavor to read a 550-page book about just this subject matter? Because I’m a masochist. Well, not really. It’s because it’s David Foster Wallace we’re talking about here. The man could make a story out of entomology in the 19th century or competitive pinochle. It turns out, though, the IRS was a bridge too far.

But maybe this was by design? After all, the guy never plays anything straight. And I kind of see where he was going with this thing — despite him dying in the middle of writing it. It’s a study in tedium. In writing about working for the IRS, and the absolute nerves of steel it takes to bare the brunt of the monotony therein, we, as the reader, are run through that same immersion into the world of the mundane in order to feel their pain, so to speak. And for me, that’s kind of a non-starter. Meaning, if I had known what I was getting myself into, I would have probably passed and moved on to something that was fully fleshed out and meant for publication. But, really, what was and what wasn’t fully thought through here? The book certainly feels disjointed and kind of half-baked, but it’s never a simple thing to get inside the head of this guy. I imagine the overall hypothesis, such as it is, was left somewhat in tact, but that, coupled with characters that drew me in not at all, made me lay down my Kindle in frustration on many occasions. I rubbed my eyes, smacked my forehead with the heel of my hand and dove back in. I can’t say the physical abuse made much difference.

So, like Foster Wallace himself, I left the novel unfinished. And, yes, it doesn’t make much sense that I’d write a review of something I didn’t actually finish, but it seemed apropos for this book in particular. I promise not to make a habit of it. And, unlike the author, I plan to stick around to one day pick it back up and see it through. R.I.P, dude.