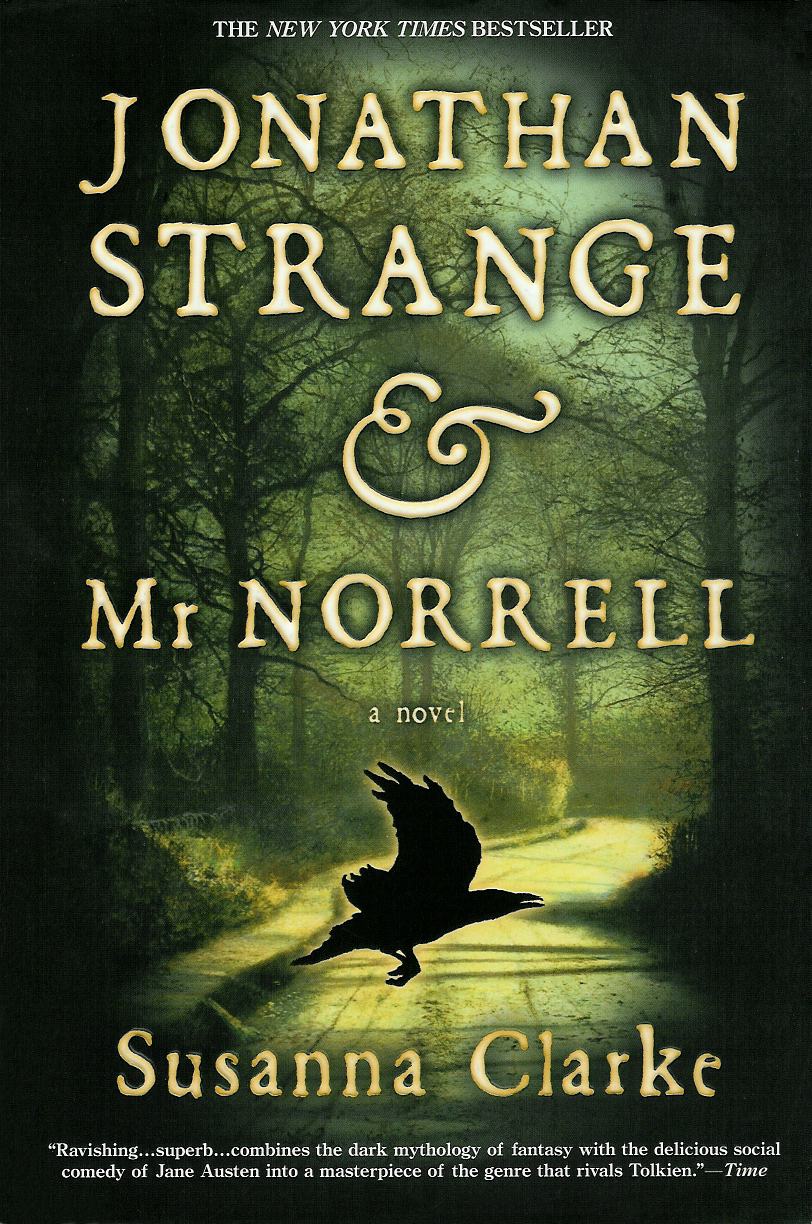 I ain’t gonna lie: this one was a bit of a slog. I schlepped this behemoth around in with me every day for a few months, hanging like a paper albatross in my messenger bag around my neck. I thought several times about breaking my hard and fast rule about not finishing a book I’ve started and putting it down. The decision weighed on my every morning when I boarded my train and every night when I sat in bed with the tome crushing my upper thighs. I hadn’t been so intimidated by a book since Infinite Jest all those years back. Granted, the subject matter here was much more pedestrian and the reading comprehension level way less intense. That’s not to say swapping endnotes like those in Infinite Jest for footnotes in this book lessens the challenge, but despite the 1806 setting and a narrative based on a bizarro England in which there is magic and an alternate history including mysterious kings and magicians, the thing is relatively straight forward and a compelling read (despite its heft).

So once I came to the conclusion (for the fifth time) that I was going to see this book through, I really tried to get into the spirit of the book. It’s not typical book by any stretch–or at least typical of what I normally read. I suppose it’s considered a fantasy novel, but it has elements of historical fiction and a heavy dose of what, in my limited literary vocabulary, I would say is classic nineteenth century British writing. The history of the world is cast in a magical light. Sure, there are the folks you’ve heard of in terms of kings and queens and some leaders and wars, but the world’s past (or England’s at least) was dominated by the dual world that we live in and the land of faerie, which lived in parallel with real world England, but site somehow just beyond its borders. Fairies and humans mingle, kings rule one or both of the lands, and magic abounds. But it seems, after centuries of practical magic (actual magic practiced by real magicians) that the English magician has gone the way of the dodo. Actual practicing magicians have absented the scene, left only to history books and the study of scholars. These scholars, or so-called theoretical magicians, gather in fraternity-like groups, study at universities and collect the ancient magical writings of the past magicians but don’t actually “do” any magic. Like scholars who study the great authors or artistic masters, but don’t actually write or paint anything of their own. A commentary from Ms. Clarke perhaps?

Enter Mr. Norrell. And he’s kind of a dick. Okay, he’s not a dick, but he’s a selfish, somewhat paranoid guy who decides he is going to singlehandedly bring magic back to England and restore it to its prior glory. He decides the best way to go about this is to put all of the theoretical magicians out of business. The thing is, the only way for magicians to learn new spells and do magic really is to draw from the past. And the past is contained in the many ancient books written by a number of famous and not so famous practical magicians throughout the centuries. So Mr. Norrell’s first plan was to hoard all of these books and sequester them away in a library in Northern England. The second plan was to go around breaking up all of the theoretical magician study groups and taking what books they might have. His plan actually succeeds and after a bit of time he’s pretty much cornered the market on all the important books (it’s 1809 and there’s no mass-reproduction available) and put all of the “fake” magicians out of business.

If I continued with the whole narrative thing here, I’ll be writing for the next three years, so I’ll cut to the chase. Mr. Norrell is a dick. He realizes after a time that his dickish-ness may actually be an impediment to bringing magic back to England so he takes on a pupil, Jonathan Strange. It certainly seems like a huge concession at the time, but I guess even dicks can be lonely in their knowledge. While Mr. Norrell teaches Jonathan Strange, who is basically the polar opposite of Mr. Norrell in all ways, some of the tricks of the trade, he holds out on him quite a bit and doesn’t share all of his best books with him. After all, there should really be only one great magician in England. Despite Norrell’s best attempts to keep the reigns pretty tights, Strange in many ways surpasses Norrell’s fame and in his service to England in the war against the French distinguishes himself as a national hero. He was an easy hero to have; charismatic and cooperative, young and sociable. Norrell was dry and academic and anti-social. So, as any relationship will progress, the mentorship turned to rivalry, which turned to animus and eventually magical craziness.

My description being pretty piss-poor, and almost impossible to accomplish in a few paragraphs about an 850 page book, there is a fun mixture here of a world that is close to our own, but shifted the left. Clarke’s writing–and I know this sounds terrible–is amazingly un-feminine. I never would have guessed that the book was written by a woman, as the language and everything about the story screams dude. And not a young, modern dude, but an older dude in a time way back when. One can almost imagine the author lighting his gas lamp and pulling out his quill to scrawl this epic tale of a magical history that never existing, creating whole swaths of English time out of whole cloth. The attention to detail and imagination put into this book is absolutely staggering. Even if you hate fantasy stuff, her intricate weaving of an alternate universe is truly impressive. Impressive is an understatement, really. It’s borderline obsessive the way she documents her imagined history and side stories to cement it (much of which is done in those darned footnotes). I do admittedly read quite a bit of wah-wah, post-modern wankery (which I happen to like), but sometimes it’s nice to dig into a real novel that isn’t full of lazy plotlines and inner-voices and build up my traps all at the same time.