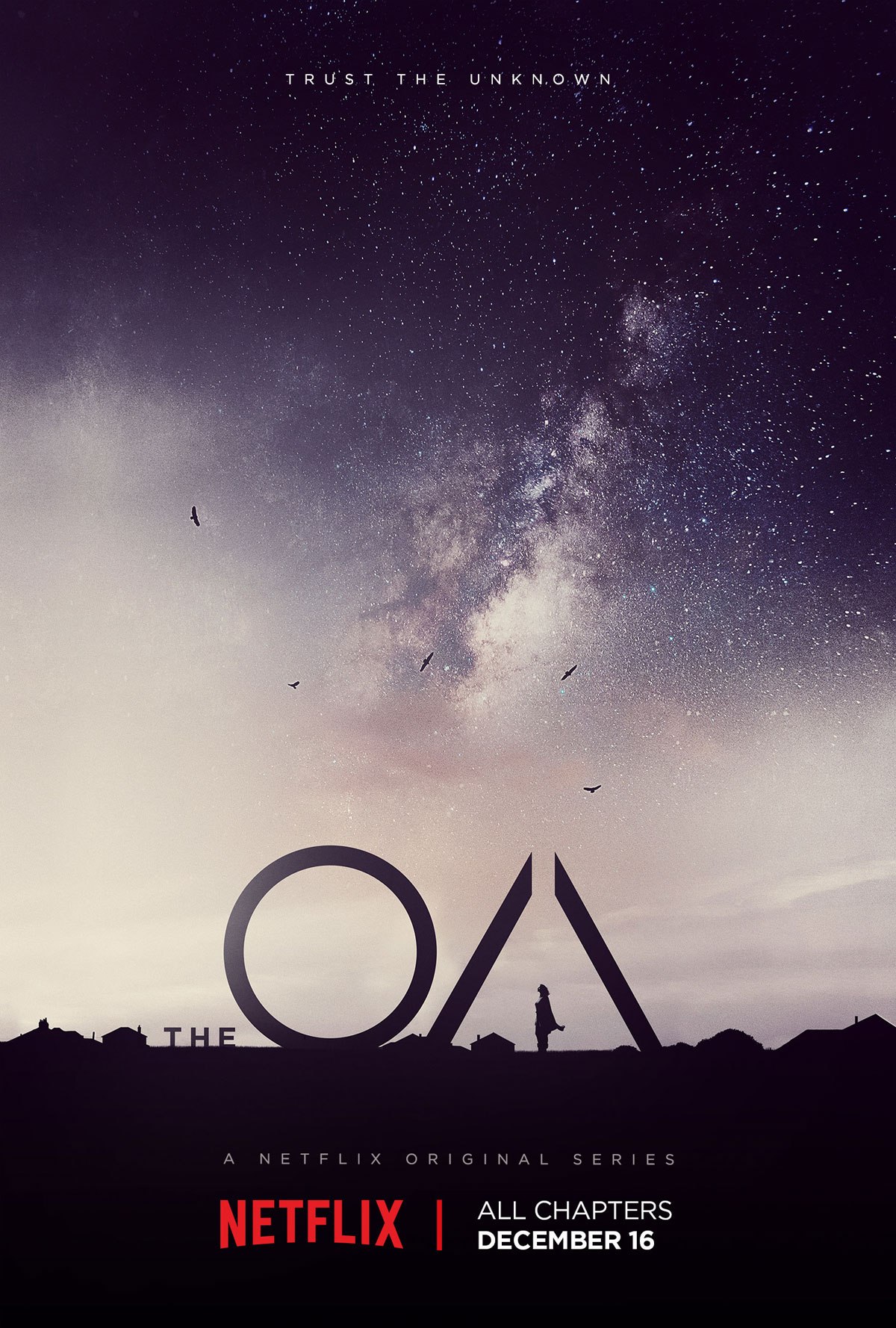 Damn I’m a sucker for these types of series. Though I guess a ton of people are, otherwise they wouldn’t keep making these Lost-like shows that mix a kind of sci-fi base with mysticism, spirituality and, in some cases, out-and-out religion. Some skew more sci-fi like Westworld and others more the other way like The Leftovers, but all mash it up to form a mystery-box Voltron of symbolism, feints and twists that have essentially kept the Internet awash in fan theories for seasons on end.

The OA leans into the spiritual thing, but certainly has a solid base of sci-fi, which acts as the yang to its yin. It mines the semi-well-tread, near-death experience (NDE) territory that has been covered in such lovely films as late-brat-packer Flatliners, Matt Damon snoozefest, Hereafter, and hysterical (not hysterical) Ricky Gervais vehicle, Ghost Town. So, why have so many followed this narrative path? Because there is no bigger mystery than where the hell we go when we die. This mainly being a mystery because those who are the beneficiaries of learning the secret aren’t around to tell us what’s up. So what could be more advantageous to those of us trying to solve that mystery than someone who has been to the other side and come back? I mean, who would be a better test subject to help us get to the bottom of it? And this is the basis of the show, for better or worse.

Here be some mild spoilers…

That brings us to our main character, Nina/Prairie/The OA. A blind Russian orphan of a wealthy business man who shows up in the US and is adopted by an American couple who is just looking for a child to love. Said girl goes missing after being in the care of this couple for several years. She’s gone for a total of seven years, but then just shows back up near the town from which she vanished. The gimmick this time? She can see! That’s right, she’s somehow got her site back and has weirdo scars on her back that look as if she’s been abducted by aliens. But it was actually something much more mundane. A weird doctor who lives in an isolated house near a mine somewhere is collecting NDE victims and experimenting on them in order to unlock that age-old mystery of what’s on the other side. He does this by essentially doing the same thing they do in Flatliners, but with some modern tech that can somehow (this is never explained) measure and record what’s going on in their heads when they die and crossover and then come back. Whatevs.

The show is mainly told in flashbacks as The OA (which, I believe, stands for Open Audition) tells a group of kids and one adult in her old/new town about her misadventures, including her series of fantastical discoveries with her fellow captives and how she came to get her sight back. And this leads to what most people talk about when they talk about this show: the dancing. Yes, the dancing. Part Native American ritualistic pantomime and part avant-garde, modern nonsense, The OA recalls to her audience of five on a nightly basis how these dance moves will somehow save the world. Or save her. Or something. And, yes, it’s completely silly and kind of out of nowhere, but way, way different than anything you’ve ever see in any of these other shows. And for that I appreciate its originality — despite laughing my ass off the first time The OA and her fellow captive, Homer, bust out their weird calisthenics.

Like I said, I’m a sucker for this stuff. I love a mystery box. Even one that takes itself a bit too seriously at times and puts forth some preposterous situations. Like super-preposterous. The OA herself is played by Brit Marling, who is both actress and series creator and certainly endows her character with some altruistic goals, albeit it’s not entirely clear whether her intentions are good because she’s The OA (short for Oral Amateur?) or because she’s just batshit crazy. That ambiguity is a motivating or demotivating factor for not only those around her, but ultimately the audience too. And I like that they didn’t just come out and say if she was, in fact, a blessed human being, or just a “touched” one. There is definitely some wonkiness around some of the logistics of the story. The timelines of the past and the present don’t seem to really line up properly – though maybe that’s intentional and/or not really the point — and the general sense of time and space and how characters physically travel from place to place also seems a little off, but there is something compelling about the through-line of the narrative, even if every minute of the actual storytelling isn’t perfect or rational. So if you’re sensitive to earnest, new-agey stuff, you may want to steer clear, but if you aren’t afraid to embrace the weird a little bit, you should dive in — the water is really fucking freezing (you’ll see).