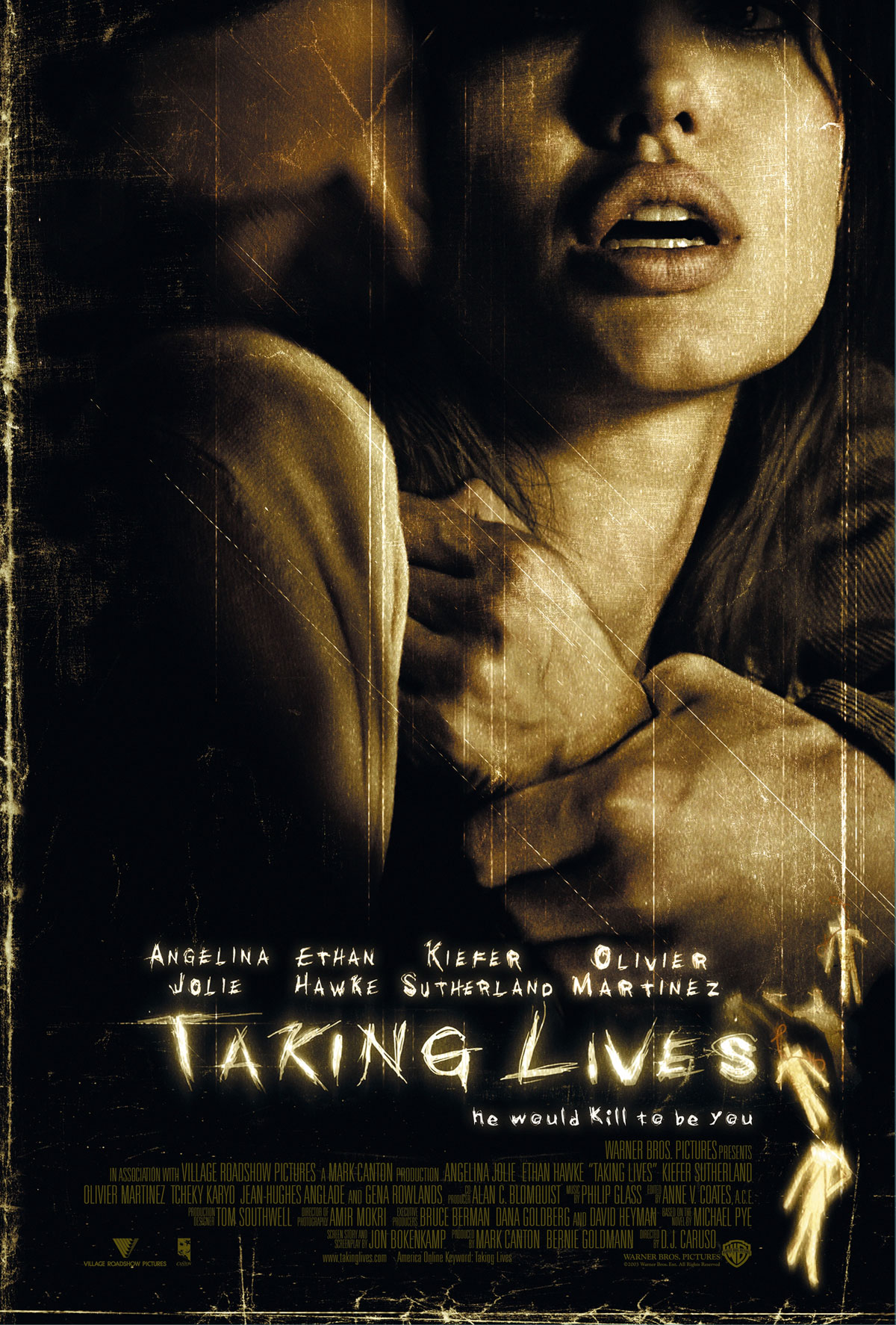 Not even a nude sex scene with Angelina Jolie can boost this stinker above one star. Shit, I’d give Gia an extra star just for her taking off her top and trying to grind a chainlink fence. In fact, one star is being generous, and may only be because I feel bad for all those kids in wherever that Jolie supports with her paycheck. Maybe she should concentrate more on her career and film choices, and less on saving the world. The world really shouldn’t tolerate another horrendous mystery thriller like this without revolting and demanding their money and time back. Luckily, I watched it on HBO–and I don’t even pay for that.

For a movie that purports to be a mystery, we know from the first minute exactly what’s going on. They try to throw a million red herrings in our way, but the thing is just so obvious it hurts. They try to make a mystery out of a non-mystery and in doing so just raise a bunch of questions and plot holes that wouldn’t have otherwise been there. Essentially, we know exactly who the killer is in the first five minutes of the movie and end up just sitting there waiting for the rest of the idiots to figure it out. That said, Jolie’s character is the worst FBI profiler of all time–the sexiest, but the worst. It’s almost comical trying to imagine her as this person. It would be like Kathy Bates playing a former Miss America–it just isn’t believable.

Putting that aside, I’m not sure why or how they think we think this thing is going to proceed. We get the whole set up on the beginning of the film of the first murder our serial killer commits when, as a teen, he pushes a guy in front of an oncoming truck and steals his identity. Flash forward a bunch of years to modern day Canada (where it’s cheaper to film), and the police have what they think is a multiple murderer on their hands. They proceed to explain exactly how the killer murders his victims and what he does afterwards.

Suddenly Ethan Hawke is in the interrogation room at the precinct because he is found over a dying man in the exact same position they say the killer strikes his victims. Enter the brilliant American profiler, Jolie. Following the same logic you must follow on all Law & Order episodes: if there is someone famous on the episode (or even someone you recognize outside of commercials and whatnot), then they have something to do with the murder and will turn up later as the main suspect and probably did it–we have to assume right off the bat that Hawke is somehow involved. Add in the fact that he was found kneeling over the victim, does all sorts of suspicious stuff in the interrogation, and is kinda creepy, it seems to me that we have suspect number one on our hands.

Jolie seems to suspect him at first as well and then at some point doesn’t. Uh, okay. He’s the logical choice. He’s, in fact, the only choice. Later in the film there is all sorts of nonsense with twin brothers and stuff, and we are meant to follow all of this hooey while somehow discounting the fact we KNOW Ethan Hawke did it. It’s like the old trick where you have something in one hand and wave the other one around to distract onlookers. Yeah, it works when you’re like two, but we’re grow-ups here and aren’t quite as easily fooled.

All sorts of stupid crap continues to happen in the film while we sit there and say, “And, uh, yeah, so like when are you guys going to arrest the killer? He’s right there in front of you. You practically told us as much in the first scene in which we saw him.” And then Jolie starts sleeping with him. Yeah, I’m not giving anything away. Look at the DVD cover. And I’m also not giving away anything about who the killer is. This is what I was thinking while I was watching the film. Anyway, Jolie is like the world’s worst FBI agent. Not only is she schtupping the main suspect, she doesn’t follow up on leads, ignores evidence, was apparently a drunk, and is way out of her jurisdiction in Montreal. Meanwhile Hawke’s character is supposed to be an artist. We see some of his paintings at one point, and they really suck. They look like something you’d buy on the street in Jamaica for like $25.

But anyway, that can be explained away by further developments later on in the plot. God, this movie just gets worse and worse the more I think about it. I’m trying to think of another film that in some way mirrors its badness, and I cant think of anything on its level that I’ve seen in recent memory. Apparently this thing was based on a novel–a novel which must have either sucked really bad, or was much more detailed and careful than the screenplay. Anyway, even if you don’t figure this thing out in the first ten minutes, you’ll be confused for almost two hours as they lay all sorts of dumb plot lines in front of you for no other reason than to fill space. Maybe they accidentally edited something out of the movie that would have plugged some holes, but I somehow doubt that. This thing stinks worse than a rotting corpse, and, again, that’s saying a lot for a movie that shows not one, but two of Angelina Jolie’s boobs.