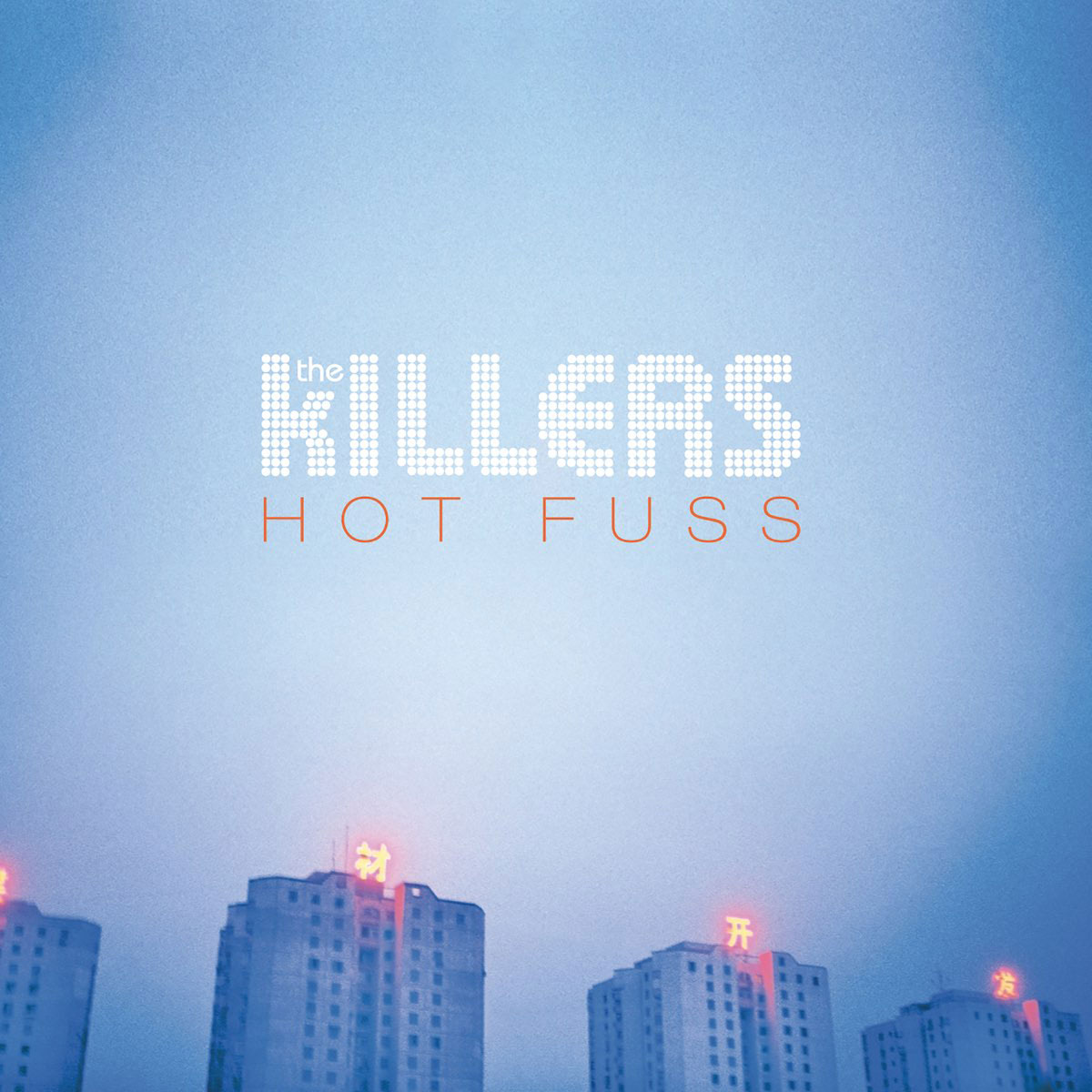 I was at work the first time I heard Hot Fuss. That work just happened to be at Island Records, sitting just about 20 feet down a hall from the radio promotions dudes. The ones who, back in the day, used to ply DJs with coke and stacks of cash to play their label’s artists. I’m going to say none of that was still going on in 2004. I’m going to say it… But the thing is nothing excites these very high-strung dudes more than a can’t-miss record filled with radio-friendly singles. That kind of shit makes their jobs way easier. And certainly saves their blow budget for harder sells.

So it wasn’t surprising that they almost lost their minds over The Killers’ debut album. In fact, one guy played “Somebody Told Me” and “Mr. Brightside” about seven times in a row before bolting into the hallway on his long-corded desk phone screaming into it about how he’d struck gold. He may have done a cartwheel and snorted a line off an intern as well, but my memory is a little hazy. Whatever his reaction, it mirrored mine as I heard the single blasting from his office. I believe I either thought, or actually said out loud to one of my co-workers, “Man, this shit is gonna be huuuuuge.”

I mean, it was the early-ish aughts, and we’d already seen the burgeoning indie post-punk revival scene explode with the likes of Interpol and Franz Ferdinand. But they, along with The Strokes, had that too-cool-for-school attitude that probably turned off suburban kids. That was a plus for my snobby, hipster brain, but there is a standoffishness that brand of music that The Killers eschewed. They weren’t New Yorkers. They weren’t models, or the children of models. Or the children of people who own models. They were a group of dudes led by a Mormon dude in Brandon Flowers from suburban Nevada and Utah. And, sure, their music certainly had elements of these cool bands, but it also incorporated some theatrics — especially in their subsequent albums — more akin to Queen or Meat Loaf. And a bunch of new wave, Duran Duran tricks. Ultimately, the music comes across as super-earnest, if not a bit derivative.

But you know from the opening riff of “Mr. Brightside,” as it rolls into the galloping dance beat and smilingly feints at using the word “dick” that this is just straight pop magic. The production sings with keyboard flourishes and voice effects on the choruses. But it’s still grounded in an almost Springsteen-y heartland rock thing, with the clearly real drums and soaring anthemic approach. To a song I think is about a guy whose crush is hooking up with another guy who isn’t him? I don’t know; I don’t pay attention to lyrics that way. Honestly, as I re-listen, there is also a lot of Rolling Stones in this album. Or at least some serious idol worship. Probably the main reason most people mistake The Killers for a Brit band.

When it comes down to it, this is just a really well-made pop rock album. Even the non-hits are mostly decent and certainly listenable. I was around — but very young — when The Police were popular, but really only came around on their final album, Synchronicity. It feels like The Killers should have been the modern version of that band based on this debut album. They should have had that career. And, yes, I know The Police were the biggest band in the world for a while there, but why not? Of course, Brandon Flowers isn’t Sting. He isn’t Bono. He isn’t Freddy Mercury. He isn’t even Simon Le Bon. Though the man can write and perform a tune, that’s for certain. And he and the band will always have the legacy of this record to lean on, even as they and every other rock ‘n’ roll band in the world sadly work their way into obscurity.