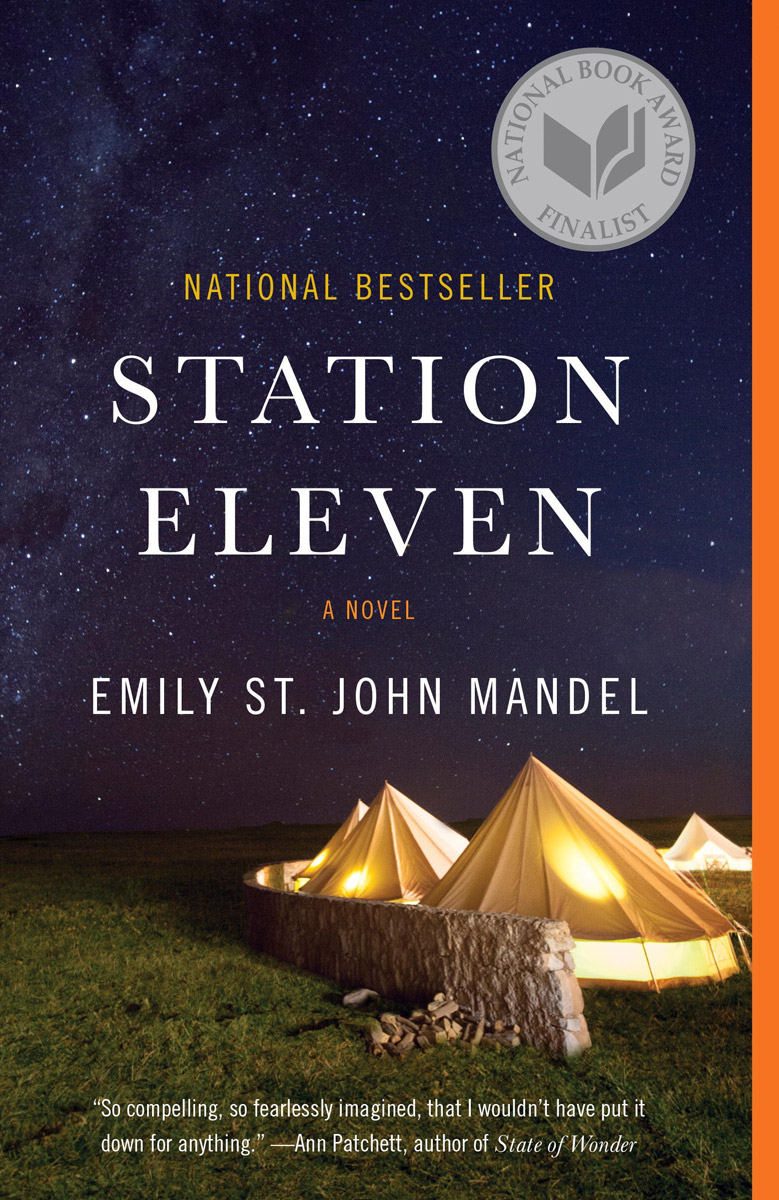 Station Eleven is another novel in the long pantheon of post-apocalyptic novels. Granted this one is written in a much brighter and multi-colored way than some of its former brethren. Take The Road, for instance. That shit was bleak. It was gray and hopeless and just plain depressing. But it was gripping and heart-breaking at the same time. This book, while somehow much more upbeat, skimped a little on both sides of the emotional scale. It didn’t make you want to throw yourself into a pit of broken glass and rubbing alcohol, but there wasn’t that overwhelming personal story of absolute terror and desperation either. Instead what you get is a very well constructed, very readable novel that proposes that maybe the apocalypse isn’t the worst thing in the world.

Okay, maybe that wasn’t at all the author’s intention, but because there aren’t roving bands of cannibals and outrageous horror at every turn, it almost comes across as less of a global tragedy and more of a purification of our spirit. It’s not to say there weren’t great scenes as the swine flu is sweeping through the world and killing the vast majority of the population, including a scene of one of the characters standing on a lonely beach staring out at the lights of a boat that is unusually effective and haunting. Unfortunately the post-epidemic stories, which make up the majority of the book, are less compelling stories than the pre-outbreak tales of the doomed and dying. After all, our main characters post-apocalypse belong to a traveling acting troupe that we watch caravan around the Great Lakes region acting and playing for the small communities that have reformed in that area. And because we all know the world isn’t coming back and this is kind of the world now, watching the put on Shakespeare kind of lacks the thrust of the rapid fall of society.

The narrative itself is told in a circular present-day, flashback manner, revealing backstory as the main plot line moves forward. In it we unravel mysteries and relationships that live on after the end of the world. The Station Eleven related to the book’s title is based on a comic book that one character (the aforementioned woman on the beach) obsessively creates by hand over several years. This, oddly enough, was one of the bigger issues I had with the story. First, I had a lot of trouble understanding the narrative in the comic book, which the book’s author narrates in yet another kind of narrative thread. I know there is supposed to be some saving grace in that comic book, but in not getting it, I feel like I missed out on a deeper level of the emotional grounding. I also — and I’ve never created a comic myself — have my doubts that a thirty-something woman of means would have any interest or inkling to create a comic book. I’m sure it’s an allegory or something, but her motivation and the realism of her being driven to create this comic seemed suspect.

Quibbles aside, this is a well-written, well-told story that may not hit all the emotional notes one might like at all times and kind of yada-yadaed the wrap-up a little bit, but it was a quick read that would make for a perfect summer distraction. That is if you don’t mind your summers full of dying innocents and maybe a little side child rape and perhaps a stabbing or two. Ok, perhaps you should save it for the fall when your skin is just a wee bit thicker.