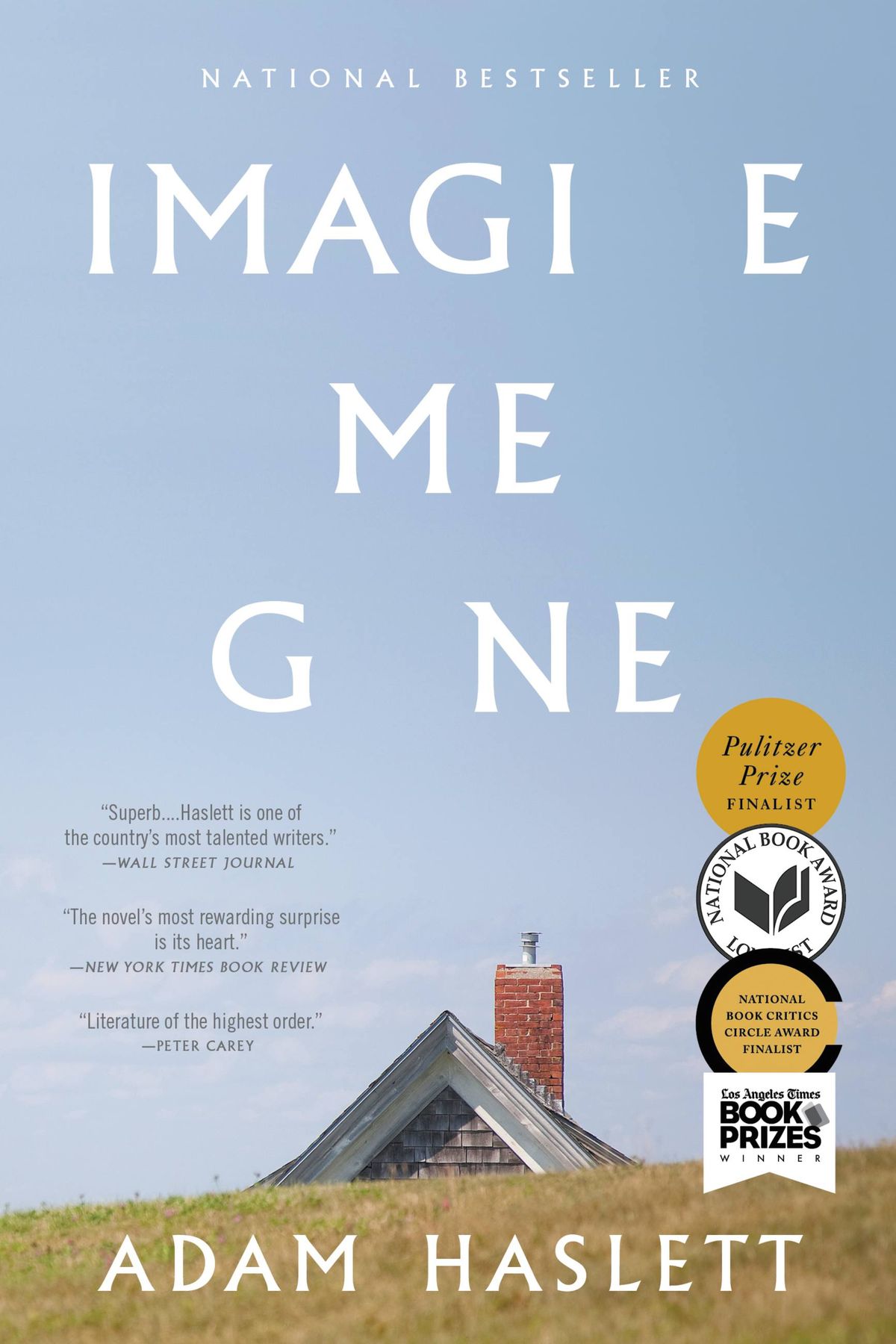 Mental illness is a bitch. It’s also one of — if not the — favorite topic of just about every single modern literary fiction novel ever. Schizophrenia, bipolar disorder, borderline personality disorder and, especially, depression. Imagine Me Gone is no exception. But, of course, after reading and watching one too many sci-fi and/or magical realism things, I thought that perhaps this wouldn’t be as straight-forward as it turned out to be. I could swear some magical It’s a Wonderful Life shit was gonna go down. But, alas, we have a pretty normal dysfunctional family story about depression.

Another modern convention of starting the novel with the ending lets you know that things are not going to go well. And because it’s a novel about mental illness and not a murder mystery, or mystery of any kind, I suppose that’s okay. Although, as I worked my way through all the narrative’s tumult, I couldn’t help but feel that that reveal would have been better served being held until it actually happened. But, what do I know, I’m no novelist.

The narrative does that thing where each chapter is told from the perspective of a different member of this particular five-person family unit. The wife. The husband. And the three kids. It’s spread over decades, so the kids go from adolescence to middle age and the parents from young-ish to not-so-young-ish. The common thread through all of their early stories is their father’s/husband’s mental illness. His crushing depression that springs up and informs the book’s title. Because, you know, even when I’m here, I’m not. And one day this depression will remove me from your life, like it or not. Uplifting stuff.

So Michael becomes the center of the storm. The one that they all have to worry about and seemingly use as an excuse in some cases to try to derail anything positive going on in their lives. The mom, Margaret, is a bit of a fuddy-duddy, but her kids treat her with all the annoyance and dismissiveness that most adult children treat their parents. Alec is gay (which in and of itself is pretty unremarkable) and grew up with an absent father and an older brother, Michael, who he idolized, but missed out on when he didn’t return to the US with the family from England, where they’d moved to for a few years during Alec’s childhood. We don’t really get that closeness in the flashback scenes, so that point isn’t really driven home, but it makes sense that Alec is scared by both his father and his brother “abandoning” him. I could have skipped some of their adult mishigas and seen/felt more of that connective tissue, but alas. Celia is kind of a boring character, quite honestly. It’s no coincidence she becomes a social worker/therapist, but she serves not that much of a point. Middle children: whata ya gonna do?

That leaves Michael again. The absolutely neurotic, anxiety-laden academic with little to no self awareness and a penchant for pontificating on the plight of black Americans. He’s white. Like super-white. But he seems to only be drawn to black women in part because of some weird guilt thing that comes out of the slave trade and whatnot. It’s bizarre and seems kind of out of left field. He’s also an extreme lover of music. We get page after page of him explaining esoteric shit that even as a music lover myself I could care less about. Clearly Haslett is on this train and wanted to stick it into the story somehow. Because this Michael character and that particular obsession feels unlikely. Honestly, he’s insufferable. He meets women and immediately obsesses over them and professes his love (even if they’re lesbians). His severe anxiety drives him to do extreme stuff when they don’t call when he expects them to. Yet somehow people are like, “Yeah, he seems cool.” I can’t see how any other characters would think this. Especially considering how much klonopin and other drugs he’s on, he’s more zombie than human.

There are various write-ups of this book that refer to it as “hysterical.” I don’t see it. At times both Michael’s and Alec’s weird behavior is almost treated as goofy by the author, but that actually felt off to me. Like he was too squeamish to go deep on some of Michael’s creeper behavior, or Alec’s retentive aversion to his family. Just to be clear: this book isn’t funny. The Michael character does become a bit of a cartoon at times, but it’s like a very unfunny cartoon. Whatever positive qualities the author is trying to put on him are hard to find. Alec seems like an interesting hang, though. Honestly, a book about him might have more compelling. That character feels the most honest and connected to the author. Like he might be the Alec in this story. And Michael might be a hyperbolic caricature of his real brother and Celia just a balancing mechanism to make the others’ issues seem more severe.

So, after all that, I can’t say I loved the book. I don’t have a whole lot of experience with anxiety or depression, but I understand that it can be a huge blocker in peoples’ lives. The question is: do I want to read about it on the beach? No, seriously. It’s summer. I have only so many hours in my life. Do I want to take in a semi-serious novel about a singular family and their struggle to overcome a father’s and a brother’s crippling mental illness? Especially when the end feels so unnecessary? And, yes, I understand that the theme of the book is that “it’s not the destination, it’s the ride,”  but for me — the dude who has to read this — I’m just not sure that’s good enough.