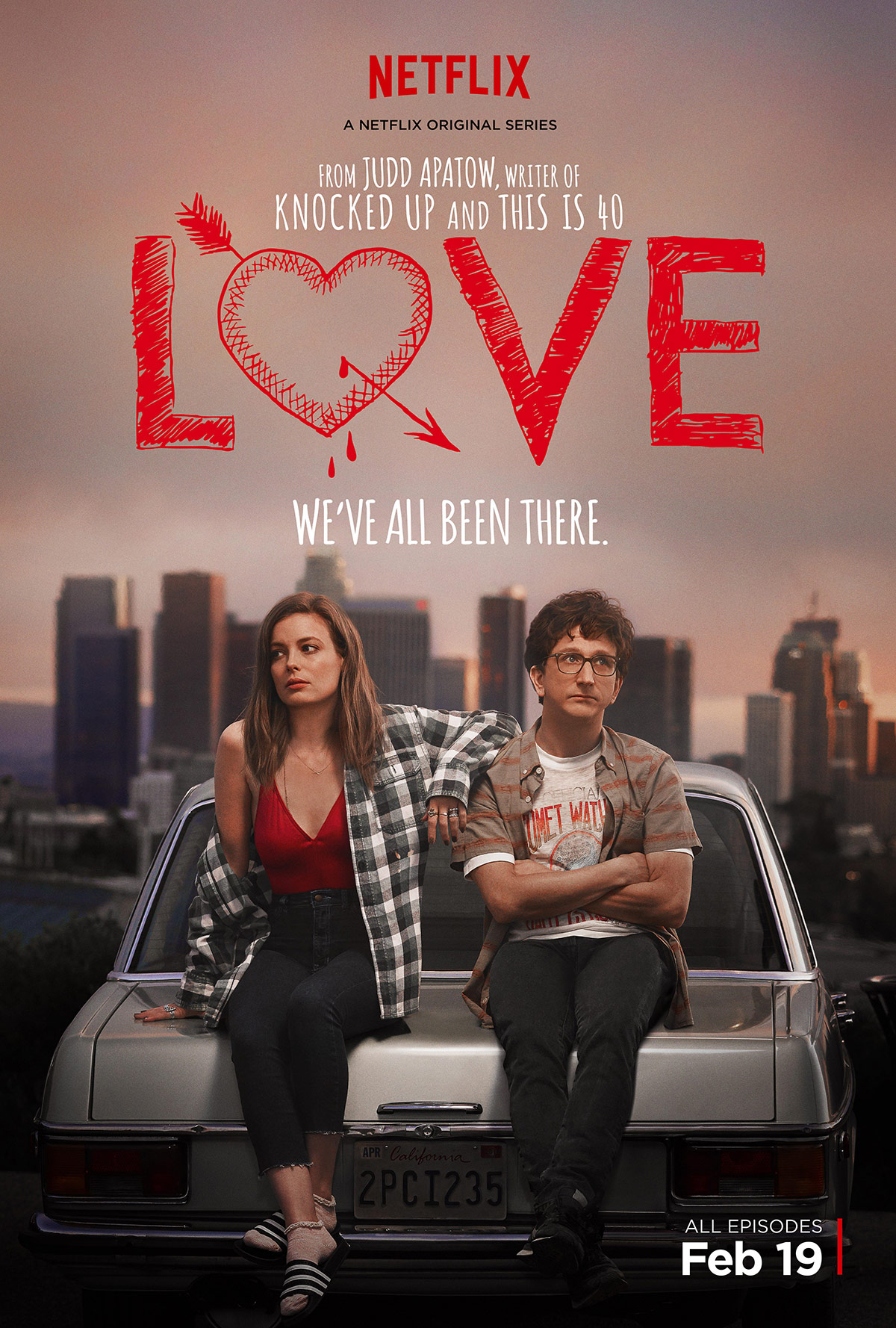 I was admittedly digging deep in my Netflix queue in watching this one. Love is not only ungoogleable, it is so deeply entrenched in the tropes of modern cable television that it just kinda hurts. Sort of ugly, funny, but damaged guy falls in love with the beautiful, but deeply damaged, woman. Lots of awkwardness, mostly of a sexual nature (this is Judd Apatow, after all) ensues and everyone cringes and laughs uneasily as little, clearly-written-in-a-writer’s-room vignettes play out, some successfully and others feeling like retreads a few degrees off from other Apatow scenes. I’m just not sure we need another one of these shows, do we? The “hot-but-crazy” broad with a dark secret that comes out at all the wrong times and inevitably rears its head just when you think the laughs are going to win the day. And the Larry David type just thrown into a different situation. You know the guy. Really mostly right in every situation, but bungles in his delivery and ends up just pissing everyone off and making an ass of himself. Granted, by making him a struggling writer whose day job is working as on on-set tutor to spoiled child actors, we give him that bit of sympathy that Costanza and the uber-wealthy Larry David never got. of course writers writing about struggling writers is yet another trope that we could probably do without.

This all said, the cast saves what would otherwise be a samey-samey mashup of slice-of-life LA and a slightly raunchy rom-com and elevates it to something that feels warmer and more engaging than it should otherwise be. Gillian Jacobs, whom I’m mostly familiar with through Community, plays the seemingly hip, individualistic free spirit in her usual kind of tossed-off, semi-frantic manner that never compromises intelligence, but shows a depth of character that always bubbles under the surface. There is some heavier stuff that transpires, but she manages that comedic/serious balance that in other hands could sink the show in melodrama. Paul Rust I’m less familiar with, but his relatability and everyman nerdiness (kind of smart, but not overly-smart or deeper than he needs to be) feels lived in and honest. The issue here is the two of them together. Why, in the name of whatever, would these two people be into each other? The neurotic energy and general disdain for each other and themselves makes us wonder why there is any spark whatsoever. I mean we can kind of understand Rust’s character’s attraction to her on a physical level and the excitement her craziness might bring to his otherwise staid life, but what’s the attraction on the other side? The chemistry and attraction — ironically in a show called “Love” — just feels a little contrived and forced; a way to lock these two decent, comedic actors into situations where they can bob and weave like a 1940s silver screen couple and then devolve into some My So Called Life territory as season one wraps up.

It’ll be interesting to watch where this series goes in season two. The [not surprising] revelation at the end of season one seems to have it going in the wrong direction, sending it into that more serious place that so many of the recent cable and Netflix comedy series have gone. I suppose these slice-of-life, young-people-in-love (but only kind of in love) shows need to also explore the deeper themes that couples face, but sometimes we want an escape that doesn’t have to delve into the things that we watch tv to escape.