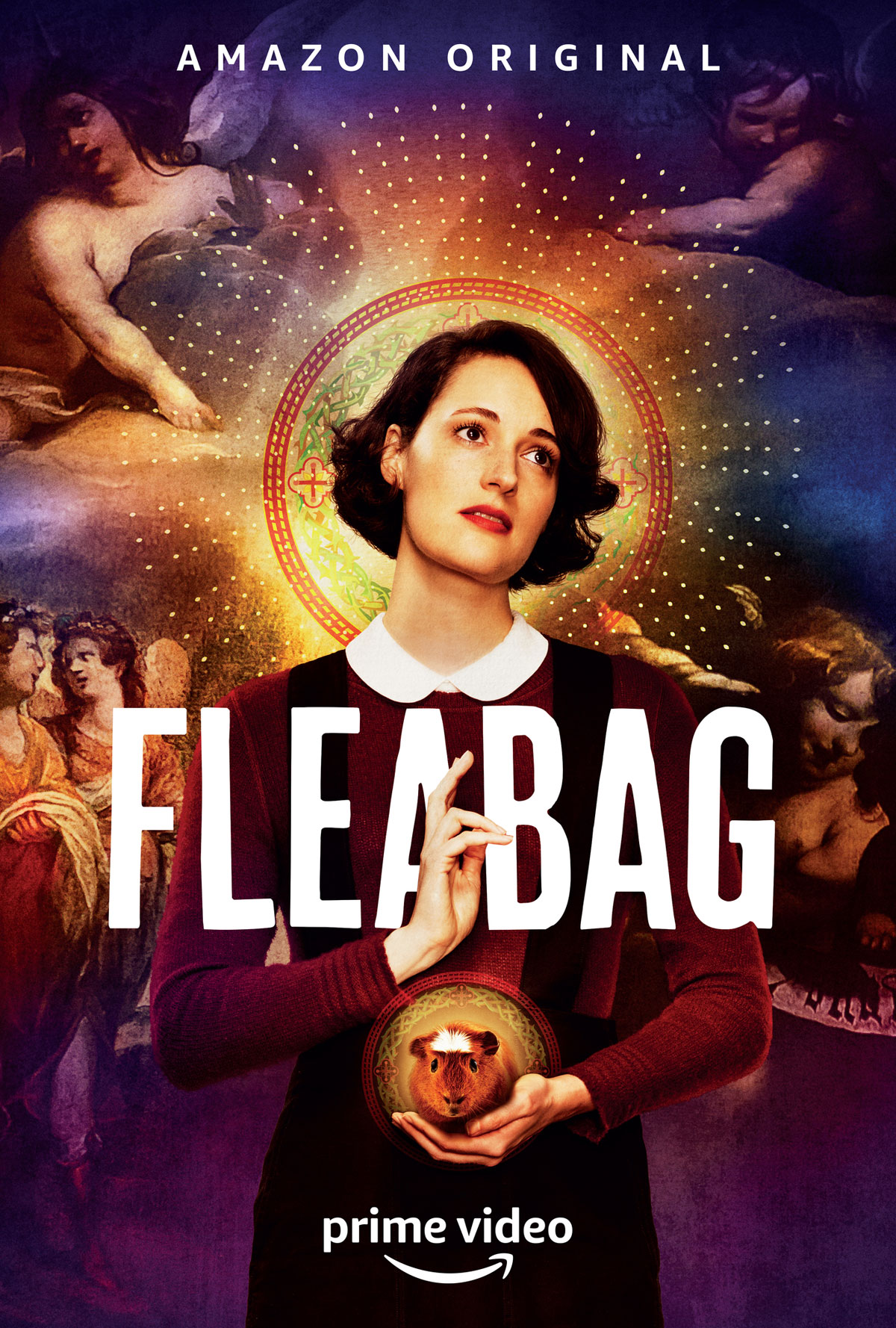 Do you ever regret not listening to people? Like when they tell you over and over again to watch a show and you demur for reasons you can’t really explain, but feel vaguely passionate about your refusal at the time? Well, that’s my initial experience with Fleabag. I listened to podcasts that told me to watch it. I think a crazy homeless woman on 7th Ave. even told me the thing was good. Yet I resisted. It’s only now that I realize that I’d had enough of the “good person acting bad” theme. I’d burned out on hyper-flawed protagonists who do bad things, but we’re supposed to believe are good people underneath. Granted, this particular protagonist, the unnamed Fleabag, doesn’t murder anyone (really), manufacture drugs or commit espionage, but she is a bad friend, a not-so-great daughter and an unreliable drunk.

But the thing that this show has that others don’t is Phoebe Waller-Bridge. I had no recollection of watching her in Broadchurch, but she was the writer and showrunner of the incredible first season of Killing Eve. And that’s what won me over. I figured that anyone who could put those awesome words in the mouths of Sandra Oh and Jodie Comer could damn well do the same for herself. I was still a little hesitant after watching what felt like one too many debauched leads (Russian Doll being the latest) plow through their day, but I decided to dive in because of all the props the show was getting.

And, damn, if ignoring my first inclination wasn’t a great idea! Yes, the first season of the show is all about a damaged individual trying to work through her damage, but it’s done in such a delightful and insightful way that one can’t help but love it. And with one major series-defining characteristic. Waller-Bridge constantly breaks the fourth wall and addresses the audience. Sometimes she’s Jim from the The Office, smirking or, more often, wrinkling her nose to the camera. And other times, actually voices what’s going on in her head. It comes off as a bit of a gimmick at first, but Waller-Bridge does a masterful job of eventually validating it in an emotional and surprising way. And while there are definitely the earmarks of this type of very modern character: sexual promiscuity, substance abuse, lying, poor social skills, money problems, etc. the writing is so smart and the characters so sharply drawn that it makes them more than the characters they inhabit.

Season one and season two are distinctly different shows to some extent. The first season really does a great job establishing who Fleabag is and introduces us to her family, her loves, her proclivities and what makes her tick. Her character is funny and tragic, but also feels like something and someone we’ve seen before. The show is just a really good version of this type of show. So while we spend those six episodes getting to understand what created Fleabag out of this unnamed character, we spend the last six episodes on her redemption. So much so, you almost expect someone to utter her real name in the dying seconds of the twelfth, and final, episode. But, no, she starts as Fleabag and goes out so named. But her fleabagginess isn’t the focus of this second season. The focus instead is the woman underneath. And this is the magic of the show. They turn Fleabag from spectacle in season one to audience avatar in season two. She is generally the cause of pain and misery in the beginning, but as she works toward her humanity, she is the eye of the storm as all the people around her show their true stripes in the whirlwind of her life. Enter a literal priest in this redemptive story in the form of the awesomely intense Andrew Scott. The Priest (also unnamed) who is basically her in male form. Cussing and drinking, but with the whole celibacy thing. A reformed lover of many women who is going through his own form of redemption. Their relationship is a complicated one that really humanizes Fleabag and creates one of the more excruciating “will they or won’t they” runs you’ll see. And, let me tell you, my guess on the result was waaaay off. Must be because I’m not Catholic.

Since the whole series is only twelve 25-minute episodes, I don’t want to go into too much detail other than to say there is not a slow minute anywhere. Waller-Bridges’ dialogue is stuffed with very English observations and snappy give-and-take that will keep you laughing, while her expressive face packs boundless emotion. All of the performances are pitch perfect and even Brett Gelman’s manic yelling somehow jibes with the more subtle, cutting performances of the always amazing Olivia Colman as Fleabag’s stepmother. Everything, especially in that second season, feels adult and ultimately ends up being significant. Even things like the constant appearance of one of the stepmother’s sculptures, and some weirdness (like the whole deal with the priest’s fear of foxes) comes around full circle and is tied up in an emotional and writerly way. But know that this is six hours of your life you won’t regret spending on your couch watching a very talented woman do work.