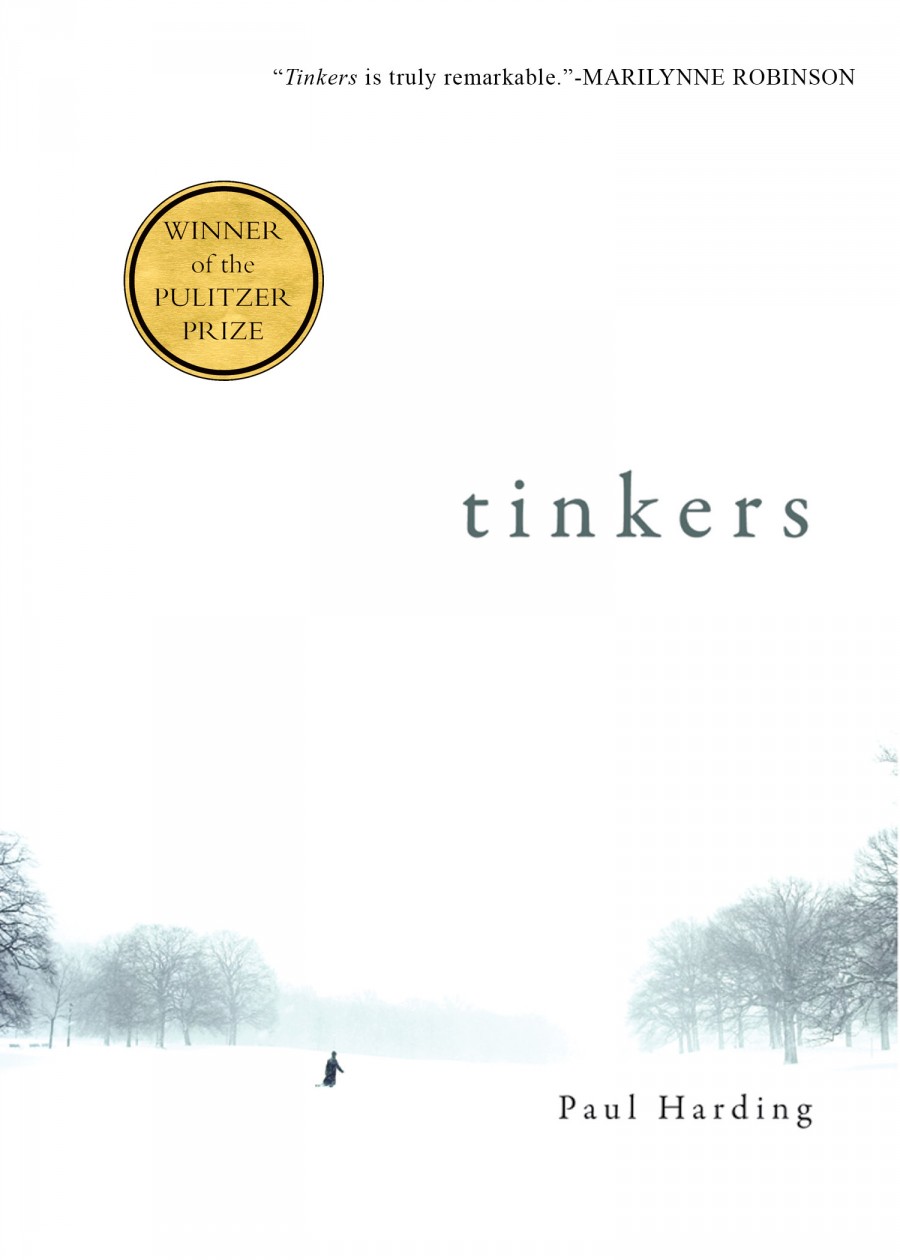 Tinkers is what they (or I) call a small book. In stature. In scope. In just about everything. From the very first sentence it feels like a writing assignment from a graduate school — or even undergrad — writing workshop. A kind of abbreviated, ragged snippet from a life less than fleshed out that switches narrative perspectives, concentrates sometimes on what seem like useless minute details and meanders through a few generations without any discernible thread other than to tell little tales.

This all bookended by the dying brain of a dying man — complete with a countdown to his inevitable death. A narrative gimmick — something I’m fond of in most cases — that only half works here. And that issue is that we come back to the dying man on occasion, along with his fever dream, but the majority of the book is a narrative of his father’s life. Part of that life, our dying man actually appears as a youngster, but the focus seems to be predominantly on the life of his father for some reason. Not that his father’s selling of common household items from a mule cart in Maine, seizures and subsequent abandonment of his family isn’t great fodder for a writing school assignment, but it’s confusing why we branch out into that narrative rather than staying within the narrative world of the dying dude. Our omniscient narrator swings a little inconsistently from world to world, but the delving into an unassociated storyline, unattached to the central character who lay dying (and also has an active part in sections of the plot) seems disjointed.

The book does define tinker at the beginning. But by the middle — mostly due to intricately detailed explanations of the inner workings of clocks (again with the creative writing courses) — I was of the mind a tinker was a clock fixer dude. Not the case. It’s a general term for someone who fixes and refurbishes like tin stuff and utensils and whatnot. This was the father’s profession, but our dying guy’s tinkering has less to do with post and pans and everything to do with earning a good deal of money refurbing old clocks. I didn’t care enough, apparently, to delve into what this meant or why I should care.

The majority of the book feels like something I’ve read before — but less interesting and less memorable. Sure you have the descriptions of epilepsy and the threat of forced commitment (to a mental institution, not to a relationship) and abandonment and sort of, kind of redemption, but not really. And I’m making it sound more dynamic there than it actually is. I’m not certain what the criteria are to get a Pulitzer, but apparently writing short, pleasantly told stories of no real consequence is a the top of the committee’s list.