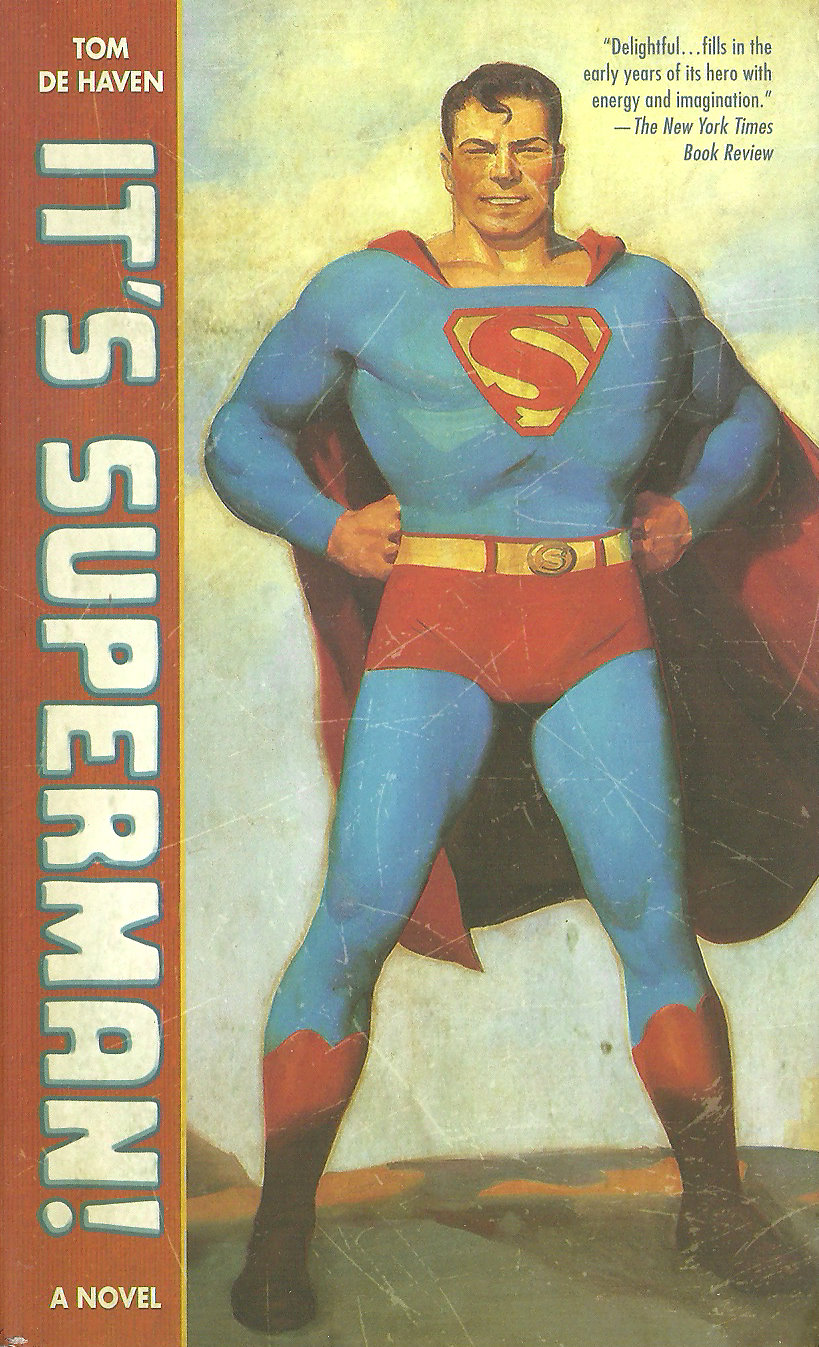 I honestly never asked myself about Superman’s high school years, nor how he came to be a reporter at The Daily Planet. I never really thought about how he and Lois hooked up, or how Lex Luther became an evil tycoon. Never having watched the television series Smallville, it didn’t even register a blip on my radar. And then this book with its awesome original illustration arrives, and touts the story of the early years of Superman in a period setting. Yes, it’s Superman in the era in which it was actually written, smack-dab in the middle of the fun (and always character-building) depression. Gone are the awful mirrored ’80s buildings of Superman III (and the embarrassing comic relief of Richard Pryor making a payday), the goofy tongue-in-cheek Clark Kent in his giant square specs and Gene Hackman screaming at Ned Beatty and that damn Miss Teschmacher! While this thing is hardly high fiction, the author gives the story a more realistic, less comic book-ish spin. Clark is a moody teenager with insecurities and treats his burgeoning powers with all the wonder and confusion of a pre-teen going through puberty. Lois Lane is a modern woman with all the foibles that come with that–meaning boyfriends and cigarettes and perhaps too much gin. There are murders and corruption and more murders and sex and even more murders. Of course there are robots that shoot fire and stuff, but they’re classy robots whose intention is to be used to commit corporate and political espionage. I wish I had gotten this book earlier in the summer, as it would have made the perfect beach read. If only this text had been around when they were putting together the Superman movies in the late ’70s, we could have had the Scorsese, period piece that we deserved.