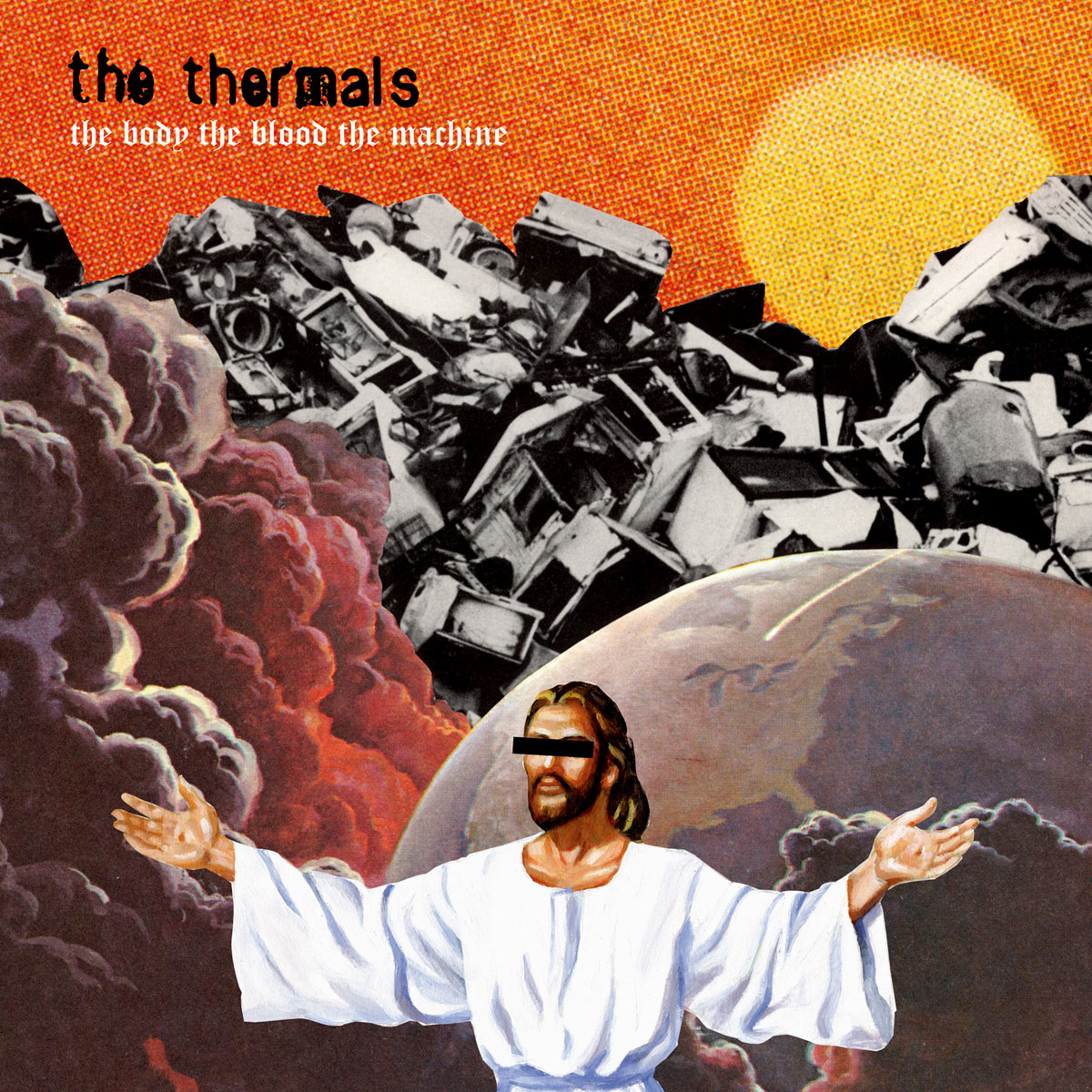 The Thermals: The Body, The Blood, The Machine

I definitely saw this album cover back when this thing came out in 2006. I mean, how could I miss it with the whole Jesus in front of wreckage thing going on? I probably listened to it too just to see what the Jesus thing was all about. Thing is, I don’t at all recall liking it. So that makes me think I was either drunk or sleeping or both. Because now, ten years later, I can’t for the life of me stop listening to all ten tracks over and over again. How, I ask, can this shit keep happening to me? I blame it on the fact that whole albums weren’t readily available for streaming back then and I probably downloaded one track from somewhere or listened to some 30-second clips and just kind of blew it off. Now, with my wonderful streaming subscription, I can go and rediscover wonderful albums like this one — Jesus collage and all.

The band itself probably isn’t for everyone. I mean like the same way Lifter Puller might not be for everyone. Like Craig Finn’s stylized crooning/yowling, I can imagine lead singer, Hutch Harris’, voice might be a deal breaker for some, as he kind of talk-sings a lot of his delivery, his somewhat chronically spastic voice pushed to the front of the mix and his delivery somewhat relentless, syllabically dense and caterwauling. And then there’s the subject matter. I can’t claim to be a “lyrics” guy, per se, but I can tell when there’s like caustic religiosity going on. It’s not like Pedro the Lion Christian at all, with the band members questioning their faith or damning God for creating them in his f’d up image or anything, but much less personal, and with more of a political bent. This also seems to be their only album where they overtly use the word “God” or “Jesus,” so I think this is a one-off theme for them.

The album really rocks from front to back, mixing what amounts to indie power pop with punk pop to create a damn entertaining album that actually gets back with each spin. It may actually take two back-to-back plays to get used to what’s going on here, but once it sinks in, you, like I, will wonder how the hell you ever missed this one in the first place.