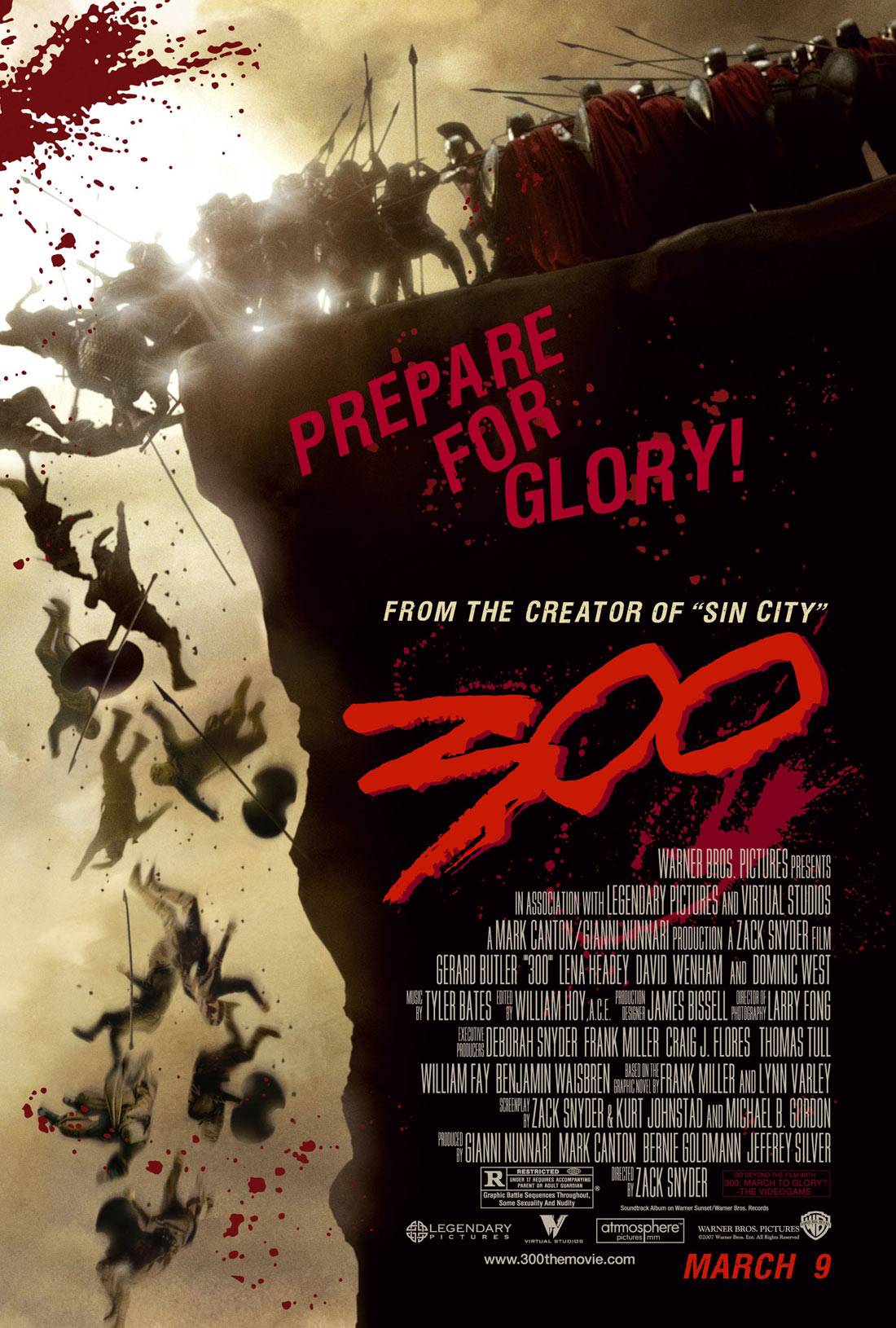 Joey, do you like gladiator movies? Do you dig loincloths and digitally enhanced abs? How about homoerotic huddles and androgynous kings? Well, Joey, this just may be your movie. And with this I ask what exactly drew all those teenage boys to the theaters to see this comic book come to life? There hasn’t been this much male skin since, well, the heyday of the WWF. So I guess there is some precedent that young men will tolerate glisteney dudes in capes if there is enough violence connected to them.

And this movie has that in spades. Jeez, these 300 Spartans dispatch with literally mountains of men sent from around the world by King Xerxes in order to conquer Greece and expand his Persian Empire. King Xerxes himself is one of the creepier elements of the movie, as he is portrayed as giant who looks not unlike Jaye Davidson from both The Crying Game and Stargate. His willowy delicate features are in stark contrast to the Spartans, who mostly wear manly beards and have muscles digitized to almost the point of absurdity. Maybe that’s the balance the filmmakers strike to make it okay for your average fifteen-year-old to watch this thing: sure the guys may be almost naked, but watch their macho asses beat on the girly man’s army. Oh, and throw in some naked boobs to boot. Granted I had heard the sex scenes in this film were graphic and whatnot, but they played out more like some unclothed version of a soap opera than a late night Cinemax movie.

My silly social and whatever commentary aside, the movie looks damn good. It’s a wonder to watch, as blood spatters, dudes flip around in slow-mo and ships appear on computer-generated horizons. Like many true stories, you already know how things are going to end for these poor Spartans, but it doesn’t make it any less fun watching them slash and parry their way to glory. Is the scriptwriter going to win any awards for dialogue and plot points? Surely not. But that’s not really the point with comic book adaptations.

I’m just wondering if the amazing digital artists who worked on this film could draw me some biceps and a grizzly beard to impress my desk-jockey cohorts? Too bad there can’t really be a sequel to this thing (301, 300: The Spartans Strike Back), but I’m sure after all of its success that we’ll be seeing many, many more of these green screen marvels (beyond Sin City 2 & 3, of course).