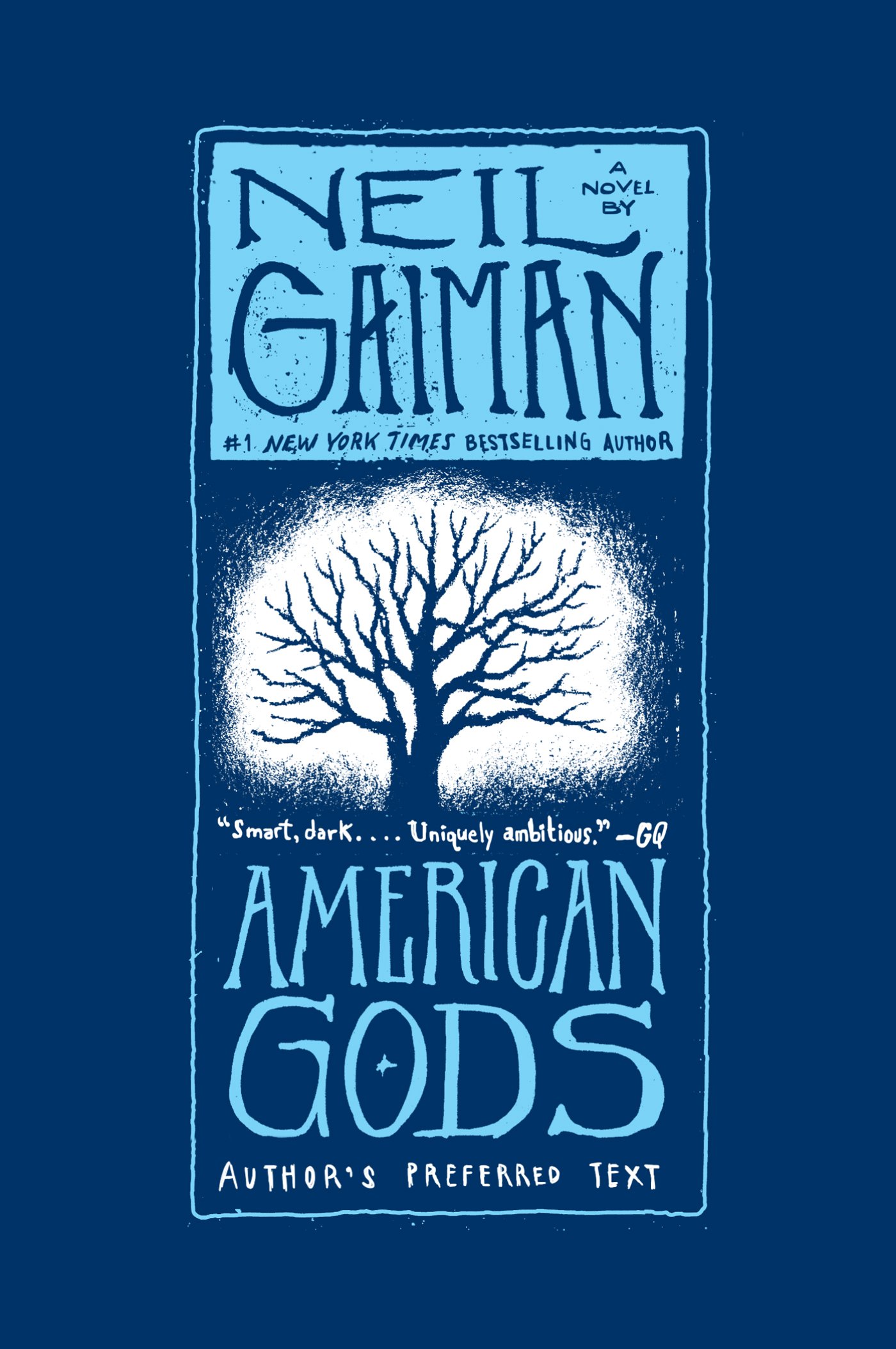 Neil Gaiman is apparently a thing. Kind of like my dalliance with cyberpunk king, William Gibson, I went down the rabbit hole on Gaiman and ended up finding out that there is a lot I don’t know about nerdom. Like oodles and oodles of people who follow every move of former and current graphic novelists and writers of fantasy fiction that mixes elements of Stephen King, The Iliad and absurdist social commentary all into some smart, almost-snarky stuff. Granted, Gaiman is a Brit, which almost automatically makes him a sarcastic bastard, but puts him in an odd place to write such an America-focused novel.

So this book is pretty much exactly what it says it is. It’s a story about the old and new gods throughout time and their matriculation to the new world, America. A land that collected immigrants from all corners of the globe, along with their old-world beliefs; a land where there might still be a chance that their usefulness and power could still be in play. It seems that their original countries of origin have forsaken them for myriad reasons, be it failure to succeed, failure to thrive or just plain time and progress overcoming that which once made them powerful. But it has become clear that the land that once treasured religion, folklore and superstition has also now moved on and there is nowhere left in the world for these gods, this dying breed, to go. They are stuck wandering the country, meeting like old vets of foreign wars planning their survival against more modern forces that now actively oppose them. These modern forces being things like the Internet, TV, media of all kinds, money, etc. All the things that a perfectly priggish Brit might claim the US prizes and worships over just about anything.

Sound abstract enough for you? Well, it is and it isn’t. The question at the core of this book is “what would it be like if gods lived among us as they once lived among the ancient peoples?” We’ve seen how gods are treated and intermingle with the people in books that generally treat them like, well, gods. Homer wrote about them. Modern books like that Percy Jackson series write about them. To some extent, all the Marvel and D.C. comics are about that. But what if these gods, who only draw their power from the belief people put in them, were to fall out of favor and be replaced with modern conveniences that take little to no effort to worship?

Our main character, Shadow, is one of those mysterious book concoctions that is one-the-surface dumb, but is a mile deep and has a weird penchant for coin tricks. He’s an ex-con and is essentially the pawn that the gods use in order to parlay their dreary existence into what they hope is something more like the old days. He suffers the trials of Job and honestly does quite a bit of eating and sitting and moping (when he’s not going on weird spiritual journeys). It’s not the crazy, whiz-bang fest you’d expect from a graphic novelist. The book meanders and goes into cul-de-sacs at times that eventually lead you back out, but bore you to hell in the process. Gaiman is clearly going for it here, but the really obvious metaphor wears thin and the plot stagnates and drifts in a book that is over 550 pages. At times you almost wish this was a short story, as the allegory is nice and makes sense, but isn’t survivable over that long of a stretch. It’s funny, as this book reminds me a lot of another recent book I read, The Bone Clocks, which ends with an epic battle between [sort of] good and evil, old and new and ultimately withers on the vine. I felt the same way about that book that I did about this one: if the author had actually stuck to one plotline and perhaps kept Shadow in the small town of Lakeside, Wisconsin where children disappear and the town harbors what he feels might be a terrible secret (again, feeling a lot like a King book), and brought the thing down under 300 pages, this might have made for a nice, streamlined super-natural mystery novel. Instead we get lots of gods and demigods that I’ve never heard of traipsing around a country I fail to recognize (short of the aforementioned town).

I always think I’m going to like genre fiction, and sometimes I do. It can’t all be family drama, drugs and tears, so I occasionally need to break with tradition and read something that makes me a little bit squeamish at first blush. But in this case, and despite enjoying some of the actual writing, it was a bridge too far and makes me almost want to crawl back into my post-modern hole and put away a good tale of freestyle nonsense.