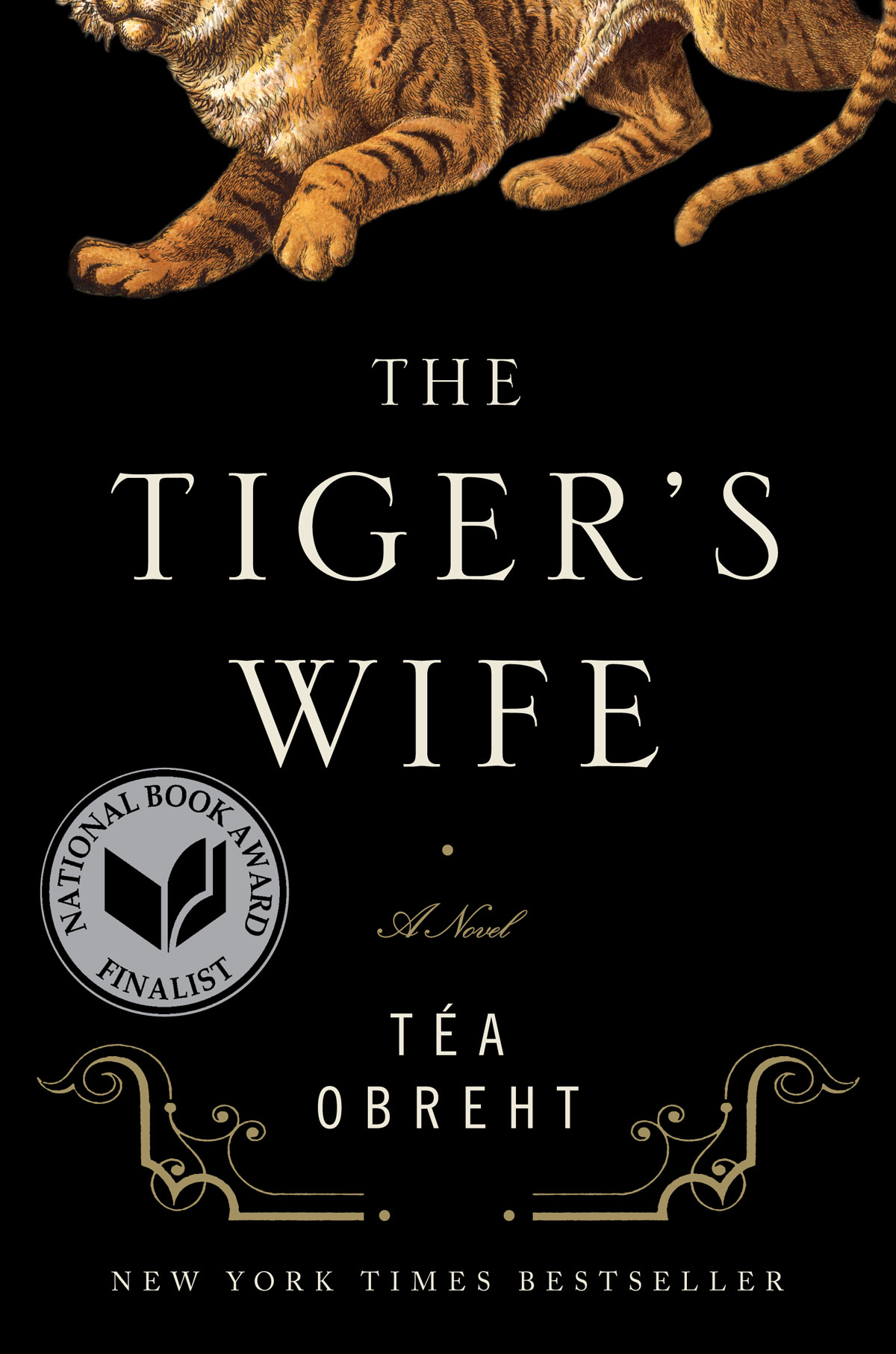 No matter how many times I reminded myself that The Tiger’s Wife didn’t take place in India, (and is actually situated in an unnamed Balkan nation) I would forget three pages later. It just has that feel that so many actual Indian books have of family, quirky community and a dash of mysticism. Not to mention dumb deaths and anthropomorphic animals. Though, unlike some of the better Indian novels (like A Fine Balance, Animal’s People and The God of Small Things), this one felt more like an author writing in that style rather than actually conjuring her inner being. And that, along with some muddled storytelling, kind of doomed this book for me.

To start, I didn’t have a burning desire to read something called The Tiger’s Wife. It wasn’t even on the long list of novels that have been sitting in my Amazon wish list for going on ten years. I feel like maybe it came up in my Twitter feed as something that was a good read and was particularly cheap that day. So I ended up with a book that is definitely titled for easy women’s-book-club reading. In fact, it’s almost custom built for that market. Title aside, the plot follows a female doctor as she kind of delves into the history of her grandfather and her country as she tries to make sense of her life.

The story is, again, set in this fictional Balkan country that is seemingly always at war either with itself or its neighbors. Its enemies are vague, but let’s presume anyone and everyone who invaded the countries in that region are suspects. Why the author didn’t set the story in a real country in the region (she is, after all, from the area) and have it join historical wars is beyond me. Heck, if she wants to spend days dreaming up vaguely Slavic-sounding city and town names, good for her. I do think, however, basing this more in reality would have grounded some of the otherwise fantastical elements a bit. So this woman, our narrator (also a fact I kept forgetting for some reason), follows in her grandfather’s footsteps and becomes a doctor. She is close to him growing up and idolizes him to some extent, so this makes perfect sense. She spends her childhood going with him to their city’s zoo to look at the tigers. And, inexplicably, her grandfather carries a copy of The Jungle Book with him at all times. Yeah, that. War comes to their country, things are thrown into turmoil and the zoo is bombed, etc. It’s all very sad for the animals and particularly for the grandfather. Semi-confusingly, the young woman makes her way out into the countryside with her doctor friend to service an orphanage. While there she recounts a bunch of stories her grandfather shared with her from when he was a young man. He, meanwhile, has passed away recently after suffering from a terminal illness he failed to disclose to his family. What these things have to do with one another is beyond me, but it gets the characters to where they need to be to do other oddball things.

The grandfather stories involve your typical small-village tales of things like the deathless man — a guy who, surprise!, can’t die, but knows when others will. And the deaf/mute woman who eventually becomes the so-called tiger’s wife after an interaction with a tiger that prowls the countryside after escaping the zoo (tigers aren’t at all native to the area) and the subsequent yentaing and superstition of the village people. I’m still a little confused about the whole tiger thing, as this tiger escaped from a zoo (I think) and then later on, when the grandfather is an older man, the zoo falls victim to war and another tiger (assuming it’s not the same tiger) is mentioned as suffering greatly in the ravaged zoo. But it’s honestly not the only thing that confused me. There is a little bit of One Hundred Years of Solitude naming with some of the characters at times and everyone sounds like the same person to me, so I kept having to look up who people were. That’s a minor gripe and one that’s mostly my fault, but it pales in comparison with this whole thing in the plot where a bunch of dudes (I think) are digging in a vineyard looking for a body for some reason. And the vineyard either is or isn’t part of this orphanage and the guys are digging to either find the body or not find it. It’s not really clear. Or maybe I just didn’t care enough to care.

The narrative itself tends to jump around in time a bit, and I found most of the modern-day stuff to be much less compelling than the oldie-timey stories of the grandfather’s as related by our narrator. But even those stories — including the ones about the deathless man — were overcomplicated and almost clinical. And maybe that’s the warmth that’s generally found in the similarly written Indian novels that was missing here. The themes and ideas are there, but even the scenes with the deathless man, which should be the most compelling, are deadened by the convoluted manner the deathless man applies his craft to his intended targets. The technical application of the magic shouldn’t be the focus, as there is a great balance in the story between fate and the miracle of medical science. But the stage craft of the whole thing kind of overwhelmed the point. Anyhow, the idea behind the entirety of the novel was a decent one, and had it been executed with a bit more finesse and the story reigned in and organized a little differently it could have been a winner, but in its final form was a bit of a paper tiger (sorry).