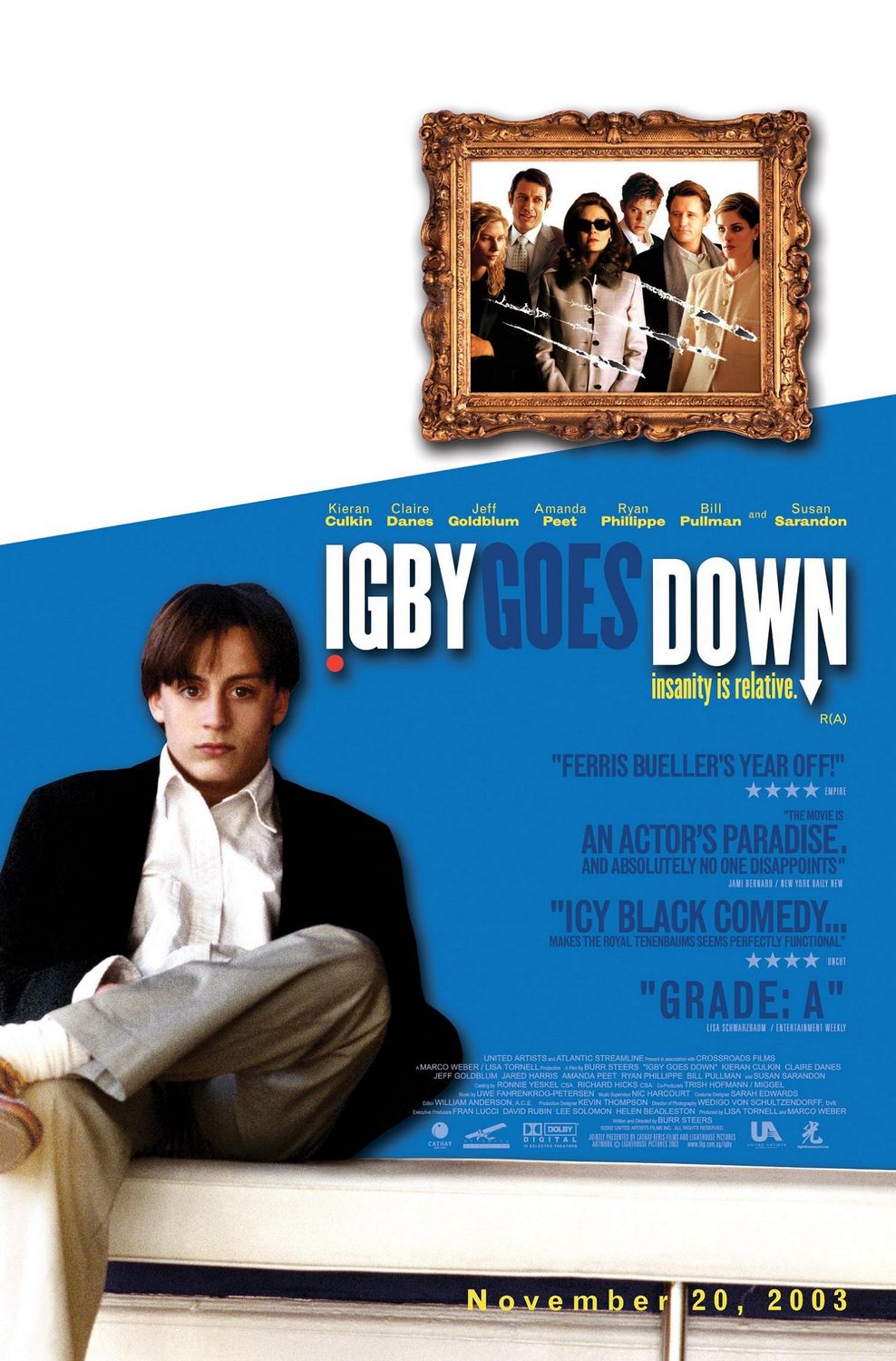 Stop me if you’ve seen this one before… A rich family full of hateful, quirky characters self destructs, only to be redeemed by the death of a matriarch/patriarch. Throw in a bunch of Richard Linklater-ish dialogue, drug usage, sex and a scene where somebody with a bloody nose kisses someone despite their injuries and you have what amounts to every ironic, post-modern indie film in the past ten years. Of course, the dysfunctional, rich family scenario is a classic, but this one just comes off as derivative and convoluted.

Sure, you have a seventeen-year-old protagonist who speaks as if he has a doctorate in philosophy from Oxford (despite apparently failing every class he’s ever been in) and despite being built like a scrawny David Spade, he can bed hot, older women with his sardonic attitude towards just about everything. I guess they call this kind of person an “old soul.” I call them bullshit–an idealized product of Hollywood that we can only see when some hipster director/writer gets a couple million to bring in the 18-35 male demographic and sell the rights to The Independent Film Channel or something.

The thing just felt forced and slightly out of control. I’m not sure if it was the lack of budget or poor planning, but the damn characters kept ending up in this stupid downtown NYC studio for no apparent reason. Actually, the place really serves no purpose other than to provide a convenient central spot for all the hook-ups, meetings and plot developments to spin off from. Nit-picks aside, the confused, angry teen thing is just overdone. We’ve seen the Holden Caulfield thing before, and we’ve seen it done better.

Okay, the acting was pretty decent. Kieran Culkin is well on his way to becoming the next, um, Jake Gyllenhaal. Claire Danes has certainly improved her acting, and plays a convincing disillusioned Bennington student–although she should really stay away from wearing tank-tops with no bra. Amanda Peet is always hard to watch. She plays a good pathetic character, but is so f’d up looking (and they love those close-up shots of her face) that it detracts from every character she plays. You spend time looking at her Picasso-like face and not listening to her words. Ryan Phillippe is a strange mumbly guy. He’s not bad as the Igby’s slightly inhuman older brother, but he makes you wonder sometimes if they don’t flip his on/off switch after filming and just hang him in a closet in his trailer until morning.

Bill Pullman is great when he’s not playing the president or anything other than your average Joe. Sarandon is always solid, but sometimes it felt like she was holding back the venom that her character in this movie really should have been spitting. Jeff Goldblum can’t play anything but Jeff Goldblum–it’s weird.

Okay, enough of this crap about the acting. The second act seemed a little muddled. I swear the same thing happened several times throughout the movie, as characters were all of a sudden hooked on heroine, screwing one another and getting their GEDs. I watched some of the deleted scenes on the DVD and they expanded the story between Igby and his father, who has a mental breakdown when he is a kid. I think this relationship needed to have more emphasis in the film, and taking out these scenes really did a disservice to the plot. The whole idea of the movie is Igby’s lack of hope because he saw his father have everything and then lose it because he goes insane. Why try? Why love? Why care, as you will inevitably lose everything and end up staring at a wall in a mental hospital like your father, the man whose name you share? This is the interesting stuff–especially given later developments in the film that I won’t divulge here. Man, why don’t they let me edit these things?