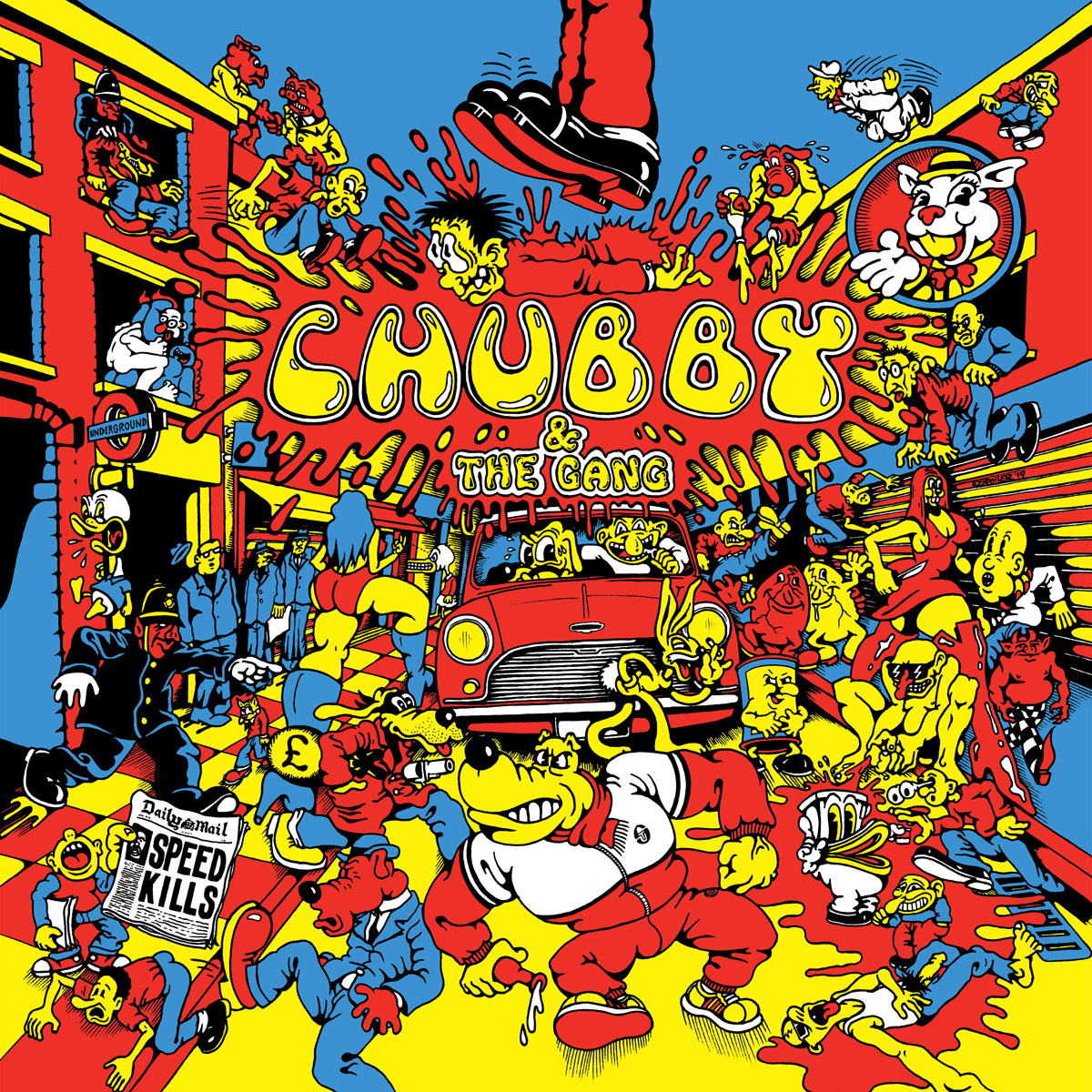 And if you like your punk fast and very, very English, then Chubby & the Gang are your kind of band. High energy, power chordy and completely indecipherable. You can almost visualize the mosh pit and the flying pints of beer and gobs of spit everywhere. It’s not melodic so much as it’s a barely controlled chaos of chords and pummeling. Though it’s somehow way more entertaining and less annihilating than the screaming American hardcore stuff I’ve been subjected to over the years.

And perhaps that’s because this has influence from the past. What I can only assume is the 70s Sex Pistols and The Damned and probably a bunch of those other Brit punks that I know nothing about. And that grounds it in something attitudinally that’s not particularly politically angry or transformational in any way. It’s just fast and loud and like a pub rock record that someone played at the wrong speed.

They do try at times to infuse a little tonality in their music and I can almost understand what they’re “singing” for a second, but those moments are less rather than more. And, you know what? That’s just fine because Chubby and his Gang aren’t about anything if they’re not about rock and fuckin roll. Oi!