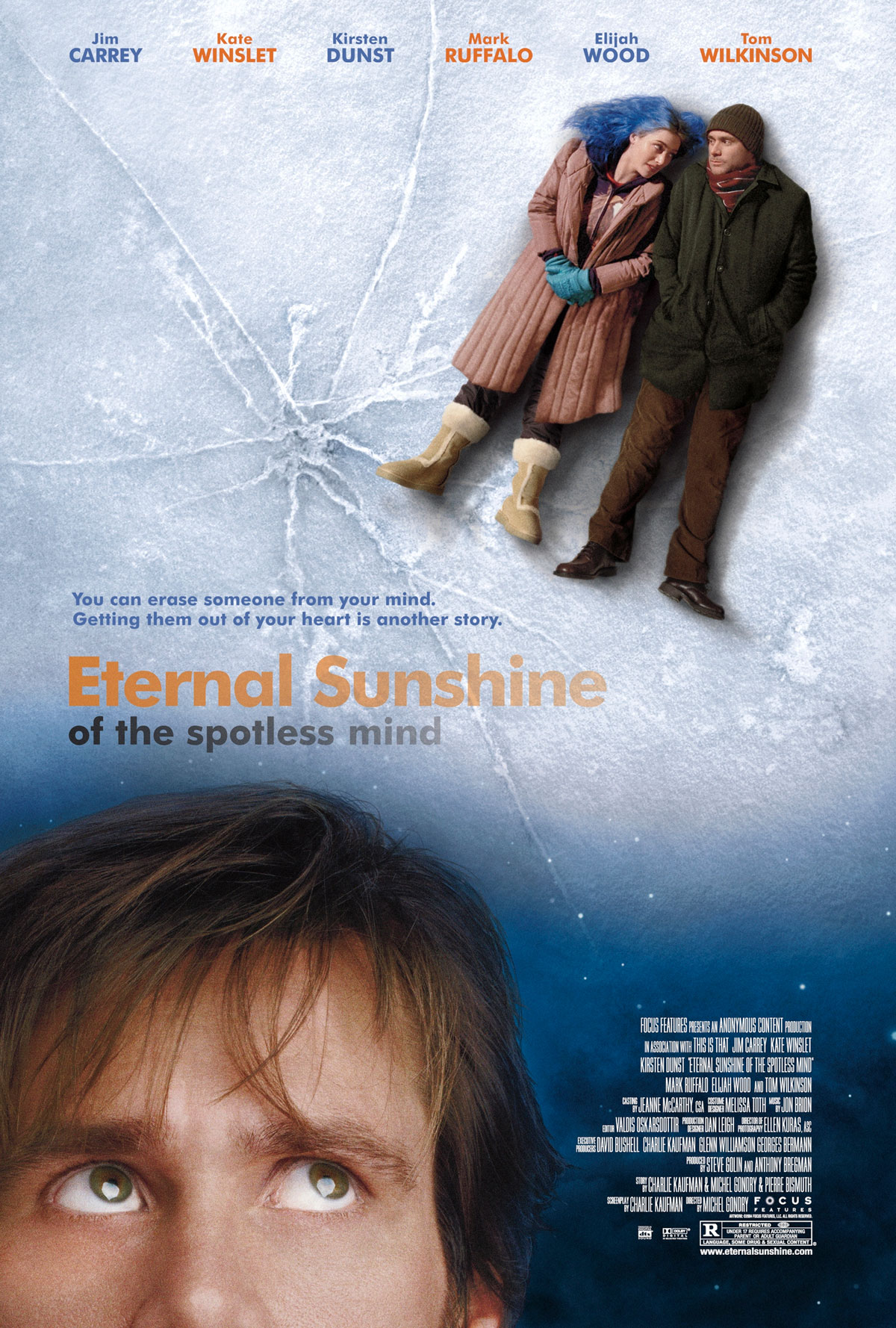 Eternal Sunshine of the Spotless Mind

Charlie Kaufman is the most creative screenwriter around. He’s like Philip K. Dick without the drug addiction and odd juvenile streak. Granted, Dick was a book author, and not a screenwriter, but his works have produced some of the coolest mindfuck movies of all time, including Bladerunner, Total Recall and Minority Report. Kaufman’s scripts are just as high concept, but are generally executed on a much smaller stage. I can’t imagine any actor not wanting to be in a film penned by him. His characters are quirky and full of life, and the plots are just so twisted.

Eternal Sunshine is no exception. From the first minute one can’t help but be riveted. He basically uses one of those plot devices where they show you the end first and then take you on a ride as to how the characters ended up there. Of course this is no Carlito’s Way where, using that example, the guy dies in the end (in this case, thankfully, it was a horrible Al Pacino). No, Kaufman makes you question what the hell is going on and then reveals what’s going on, but still doesn’t show his hand from scene to scene. So the end is still somewhat of a mystery even though you already saw it.

And the direction of Michel Gondry. Holy Crap, what a visually stunning film. Apparently the French still have some talent in that department. From what I know of the guy, he’s a music video director, but he made one hell of a movie. There’s a scene where a house completely deconstructs (for lack of a better word), which is worth the price of admission alone.

Almost the entire movie takes place in Jim Carrey’s head as he has memories of his girlfriend, Clementine (Kate Winslet), erased from his mind by some wacky doctor. And the reason he’s having the memories erased? Because she had him erased first. So this is ostensibly a love story–kind of a love story in reverse.

Carey and Winslet seem like an odd couple both from a casting and character perspective, but it works somehow. And everyone in the movie is great, as Kaufman’s writing really gives the actors a natural feel to them. In other words, it never feels like the actors are acting. The ultimate theme of the movie is about starting over, getting a second chance–something which seldom happens. It’s about fate and the power of love–no matter how it chooses us, it chooses us. This film demonstrates why films are made, how they can be pieces of art while still being soulful and entertaining. It’s the kind of thing every film school geek dreams of making; the one you use as the epitaph chiseled into your headstone: “Hey, at least he made a great fuckin’ film!”