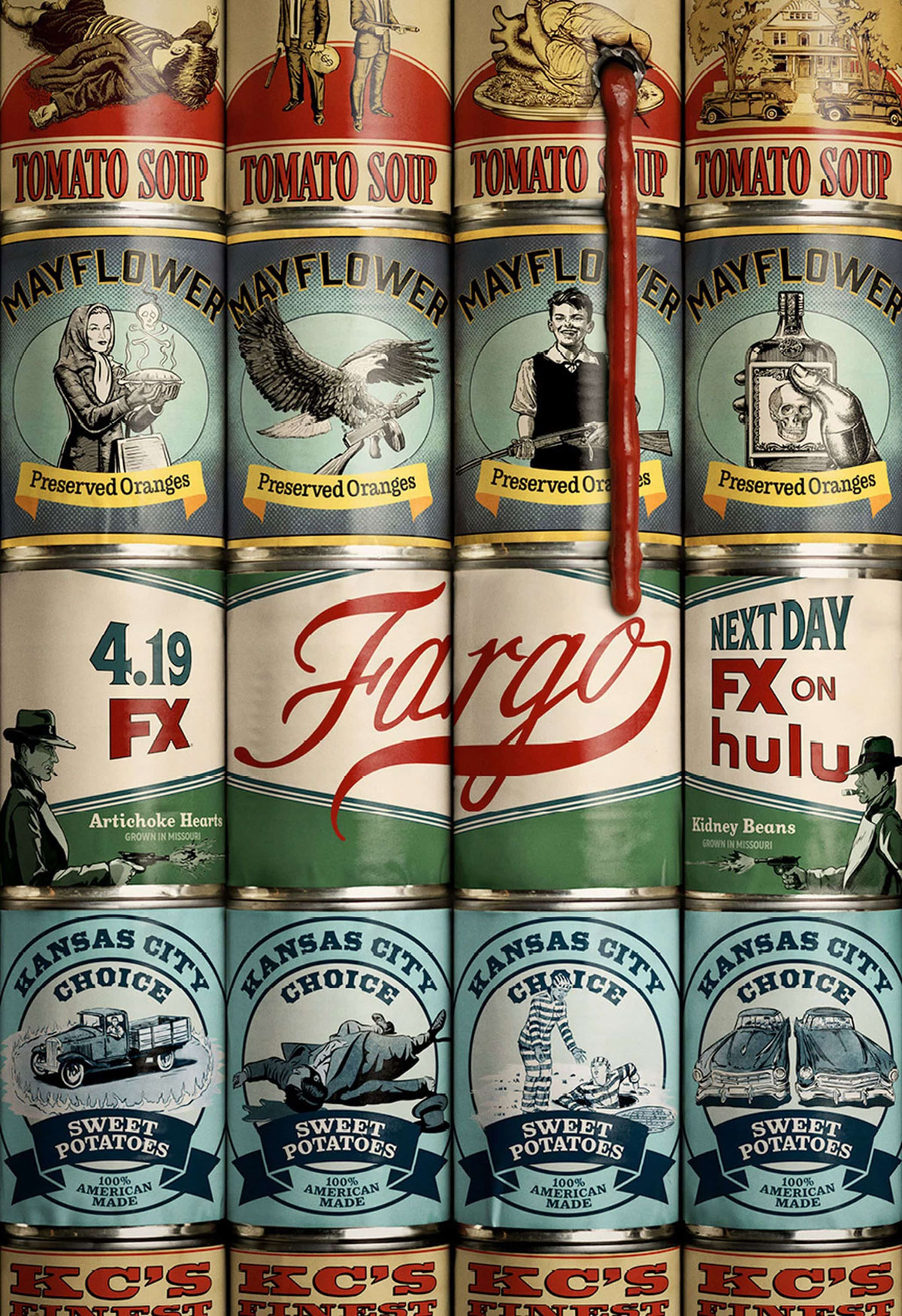 Man I want to like Chris Rock as an actor. And yet… And yet, while he’s better than he usually is in Fargo’s fourth season of this uneven anthology, he’s still not a leading actor in a movie or a TV show. He just isn’t. I’ll give him credit that he’s better than indie folk troubadour, Andrew Bird, but that’s not exactly a tall order for a singer whose performance is remarkably similar to Lyle Lovett’s dead-eyed turn in Short Cuts. And also better than this Italian dude, Salvatore Esposito, who obviously studied acting at the same studio as the yowling, heel clicking cartoon wolf from Red Hot Riding Hood. No joke.

So, this season brings us back to 1950 Kansas City. Why then, you ask, is this show called Fargo? Well, it’s completely irrelevant at this point. So just put it out of your mind. Instead we get a short (but not short enough), visual history of crime in KC. Starting in 1920 with the Jews and the Irish. The Irish win that one. Then in 1934 comes the Irish and the Italians. The Italians come out on top in that war. And then, finally, in 1949 comes the African American syndicate versus the Italians. The leader of the one gang is Loy Cannon (Rock) and the other is Josto Fadda (Schwartzman). And that pretty much brings us up to date, so to speak.

Okay, so we have this setup. But Noah Hawley decides to throw tons of other shit into the mix. And while he thinks it will somehow mix in with this main narrative tree, it ends up making a complete mess of the plot and creates a dynamic where it feels like different actors are in completely different shows from one another. Rock seems to be engaged in the serious business of running his crime business. Oddly, the funniest guy in the cast has not an ounce of humor about him. Ben Wishaw — in probably the most complicated and interesting role on the show — can ostensibly be in the same more serious show as Rock. He’s terrific.

But then you have Schwartzman being Schwartzman. He’s a tiny, silly man who feels probably more like a Coen Brothers character than any other. But one from their goofy film universe. Whereas Rock and Wishaw are from their more “serious” movies. And then there’s Jessie Buckley’s bizarro homicidal nurse character. She’s doing the George Clooney from O Brother, Where Art Thou schtick. I have no idea what the hell this character is doing in the show at all. Not only does she feel like she’s acting in a completely different universe, her character seems to exist just to skulk around in the background causing chaos. And doing coke and weird sex stuff with Justo, I suppose. You just keep waiting for them to tie it all together, but nothing ever comes of her involvement other than using her as a handy plot device to make little things happen that would be unexplainable otherwise.

Add to this the strange ode to Raising Arizona’s prison escapees, Gale and Evelle, which brings with it more complications. It’s what feels like a completely separate story as we watch these two female outlaws break out of prison, come into KC, mix in with relatives at the funeral parlor, end up doing a job for Loy Cannon’s crew and avoid Timothy Olyphant’s Mormon US Marshall. Olyphant, in a completely throw-away role in which he eats carrot sticks from a napkin in his pocket and talks a lot about being LDS. Someone somewhere in the writing team decided that they needed to layer this in to make things more “interesting.” On their 100th viewing of Miller’s Crossing, they decided the throw-back crime thing just wasn’t enough. So they layered stuff on stuff. The problem is, the base stuff was generally pretty weak, so layering on more weak on weak just causes the whole thing to collapse. And this is without even mentioning Jack Huston’s knocking, clicking OCD crooked cop character that we spend a whole hell of a lot of time with, only to have his involvement come to nothing.

And, look, I see what they were going for here. And there were kernels of fun stuff here. And if they were able to pick a lane and stick to it, maybe the thing would have felt cohesive in some way. But, like a stew with too many ingredients in it, the taste became muddy and the ingredients indecipherable. Even if they used decent ingredients. So instead of a rich, hearty stew, they got a muddled, boring pot of mush. And that’s really what the ultimate outcome was: the show was kind of dull. When Rock and his straight-man character came on screen, I zoned out. When the cartoon-ish Italian dude came on screen, I generally rolled my eyes. When Andrew Bird popped up, I wondered why the hell they hired him to “act.” This felt like a show made by committee and not a unified vision of a prestige series. It felt overly long and overly complicated. Give me eight episodes of sadsack Ben Wishaw’s “Rabbi” character on the run and I’d buy it. But too much of everyone else just wasn’t my jam.