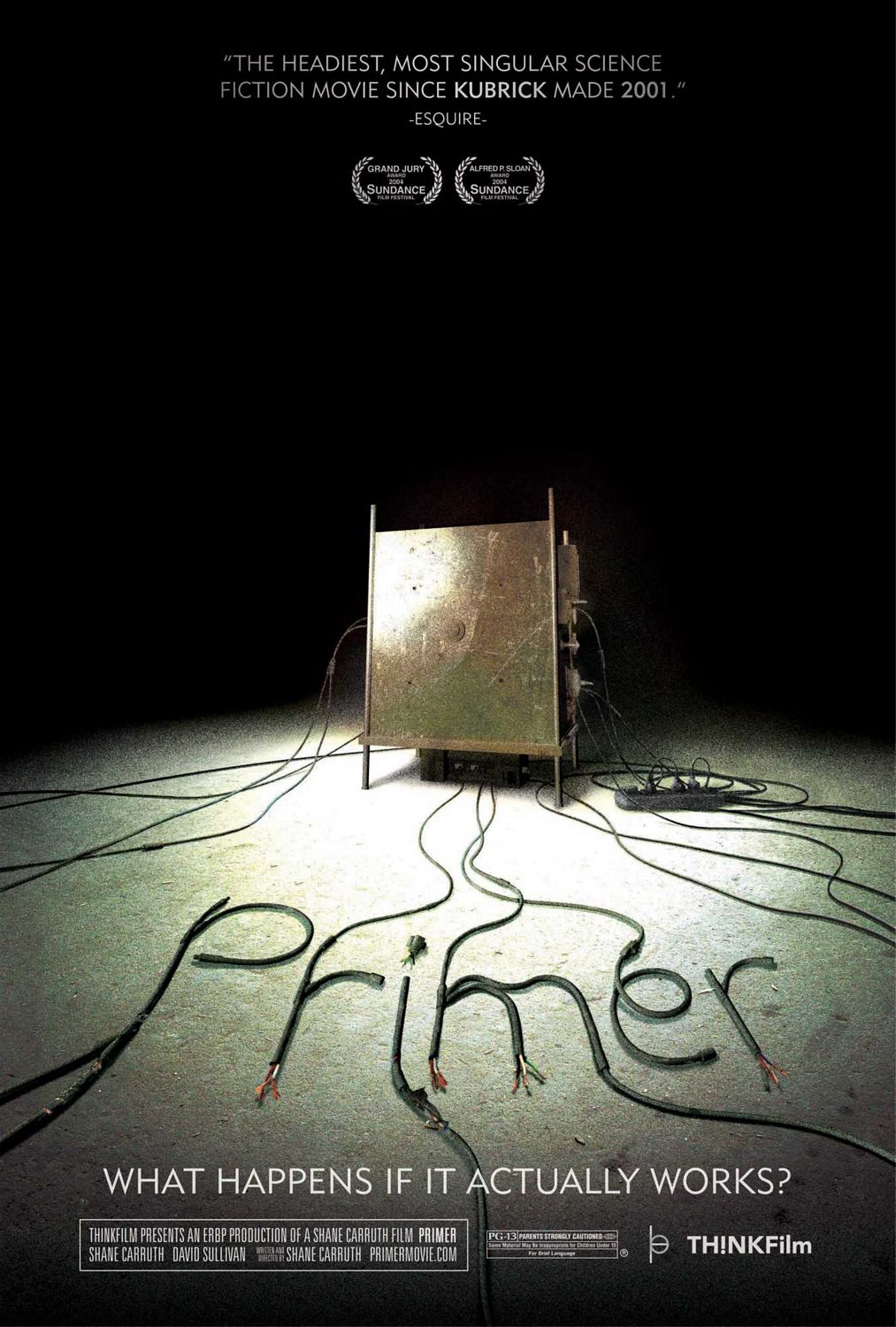 Not since Bill & Ted’s Bogus Journey have I been so perplexed by time travel. And if I can be confused by a movie involving Neo/Johnny Utah and written for pre-teens, imagine my consternation when faced with a script peppered with hard science written by some sort of wacky engineer. My left eye literally pulled a Total Recall in minute 47.

It turns out, after reading up on the writer/director/producer/actor responsible for this mind-melter, that he intended to confuse people with his concepts and high-minded, time-bending conversations because “science is confusing.” Thanks, dude. I suppose it was his hard-earned seven grand on the line. Yes, a movie made for seven thousand clams! It’s difficult to wrap one’s mind around that concept (almost as hard as time travel), but it was done. Granted, the acting bordered, in almost all cases, on unwatchable and most of the film took place in only a few locations, but that fact is seriously impressive. I even wondered if, during a night scene, they had actually shot the movie with a cell phone (the picture was so grainy).

So, as I’ve alluded to, this movie is not for the meek, easily bored or math intolerant. What feels like an eternity passes in the beginning of the film as we watch four guys in shirtsleeves tinkering in their garage with a metal box talking about thermodynamics, magnetism, current and gravity. Or at least I think that’s what was going on. If Ms. Hipster was in the room, she would have snorted in disgust, proclaimed the movie too “talky-talky” and receded into a Pottery Barn Kids catalog. Luckily, though, this was a one-man nerd fest. All the better. Then things start happening with the box. And this is where Shane Carruth’s screenwriting and acting skills could have used some honing. A lot of the lines are mumbled or not given the right emphasis and the plot doesn’t seem to build properly. Though it did keep me interested, even after I had no clue what the hell was going on.

So as this box starts to reveal itself to our two main guys, they cut the other two out of the research, making up some phony excuse about the garage needing to be fumigated. They’re not even really sure what the box does other than it’s doing something. And that something must be marketable. It seems each time they power up the box it reveals one more clue about what its true powers are. Funny, of course because they’re the ones who built it, and have clearly lost control of whatever it is they thought they were doing. As it turns out, the thing essentially untethers things from the Earth’s gravity (I think). And one effect of that is that if you can build a box big enough for a human to fit in, that human can essentially not travel with the Earth as it rotates with the rest of the folks and therefore sort of time travel. So basically subject 1 gets in when the box is at point A. He stays in for 8 hours and then exits. He’s still at point A but the box, and his double, are at point B, 8 hours in the future. Now what kind of shenanigans can one pull off when one had an 8 hour lead on the rest of the world? You know, via your double, exactly how the stock market is going to do that day, or who’s going to win the big game. And so there is the payoff. The bad part is that there are two you walking around, so one of you (the original you) basically needs to hide in a hotel all day while the other is walking around so he doesn’t run into the you who’s actually you or somebody doesn’t see you in two places at once. Seriously.

And this is our guys’ undoing. It turns out the you who isn’t you is also conscious that he is being used in this game of popping in and popping out of the box and wants in on the action. Your doppelgangers apparently also have an agenda, but they’re actually also you, so you have an agenda too. Huh? There is also the whole changing the past thing that always fucks things up. Sure these guys are basically using the time travel thing as a scam to get money, but they have a conscious as well. How can you see something horrible happen and not want to go back in time and change it? And how does that affect the future? Wow. And then my mind melted. The nice part is that the movie is super-short and I have this magical thing called a remote that I can use to fast forward through the first part of the movie, which basically has nothing to do with the fun part. I can’t say at the end of the day how much I actually liked the movie, but it certainly left an impression on me, and for me to want to read about it afterwards is reason enough to give it a decent rating.