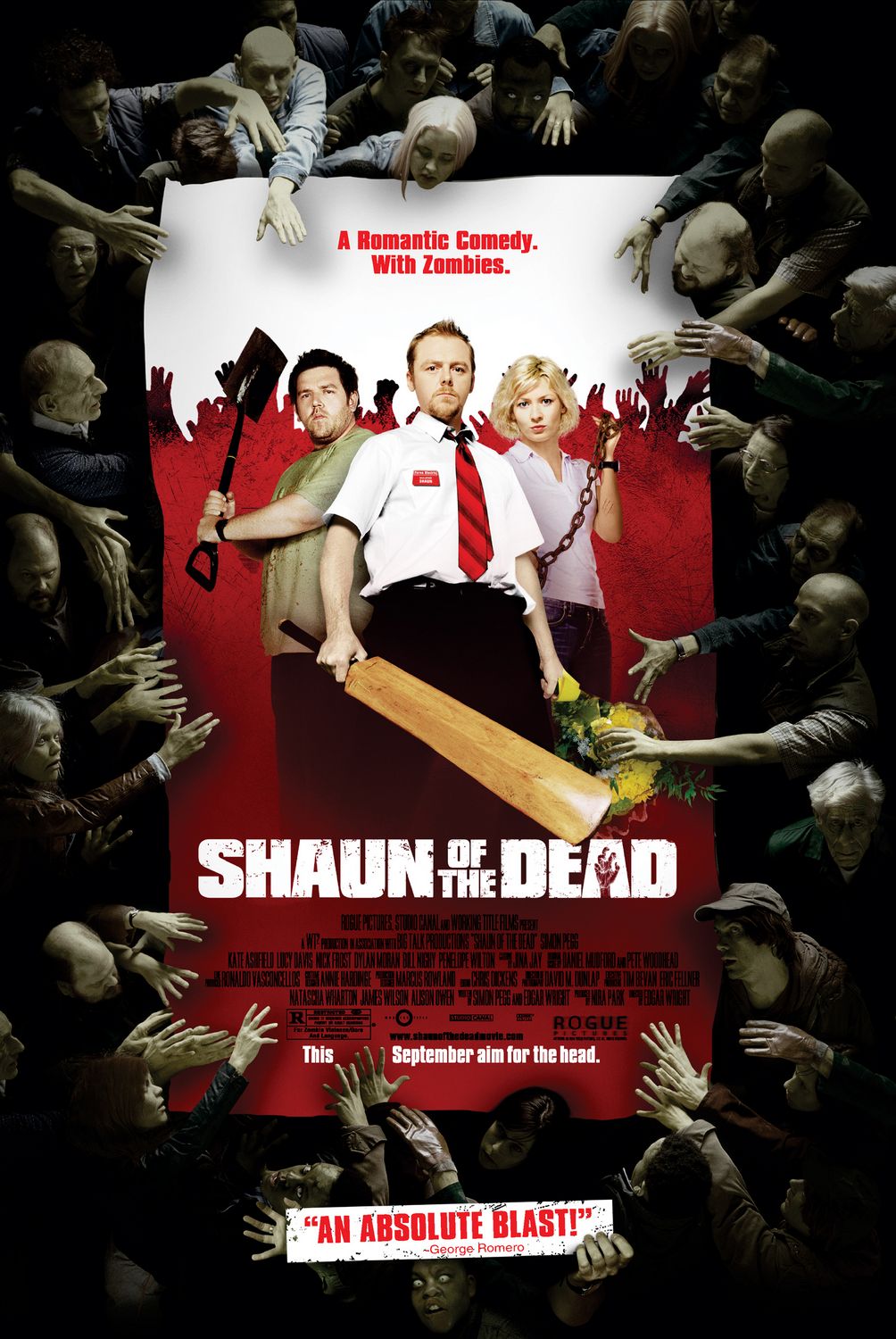 Shaun of the Dead

This thing honestly lingered on my shelf for quite a while, the guilt and curiosity a telltale heart of wasted gigs on my shiny Mac. Truth be told, I downloaded one of those DVD rippers without the slightest inkling that it would actually work. It’s not as if I’m going to start a criminal enterprise, quitting my day job to start hawking three-year-old, pirated movies on a blanket on St. Marks or anything. The thing just comes in handy for situations like this one. I had every intention of watching this thing right after borrowing it from a friend, but somehow got sidetracked living my life. Think of the ripper as a DVR of sorts; I was able to return my buddy’s DVD and still keep the movie on loan for a rainy day.

Turns out I completely forgot about both the movie (and the ripping program) until I saw a review for Hot Fuzz somewhere. The reviewer totally gushed about both movies and blah blah-ed about how funny and talented these guys are. He sold me on it, and despite my general so-so-ishness about zombie flicks, I sat there one late night in front of my 20″ Mac monitor and proceeded the enjoy the hell out of myself. The fact that there were even zombies in this movie at all is almost beside the point. I could have watched the Simon Pegg and Nick Frost sit in the pub and jaw for two hours. There’s just something very watchable about these guys. And despite their kind of typical asswipe and straight man-loser routine, they seem to keep it fresh. Maybe it’s the English accents or something. I think more than anything you can tell these guys are fulfilling a dream making this thing, and it brings with it that nervous, fun energy that (pardon the pun) is just so damn infectious.

The basic premise of the story is that these two relative losers, who do nothing but hang out in the same pub every night and work menial jobs (or not at all), live such mundane lives in their mundane town that it barely registers when everyone turns into the slobbering undead. Once it does sink in, it becomes Shaun’s mission to vanquish the zombies, and in the act win back his estranged girlfriend. All this while dragging around his anchor of a best friend, arguing with his evil step dad and fending off his girl’s possible new suitor.

Wackiness ensues as brainless townspeople shuffle around taking shovels and cricket bats to the head, and occasionally feeding on human brains. I know I should toss the file in the trash, as my one watch is done (and any more would kinda constitute stealing), but I want to keep it around for just a bit longer–at least until Hot Fuzz comes out on DVD.