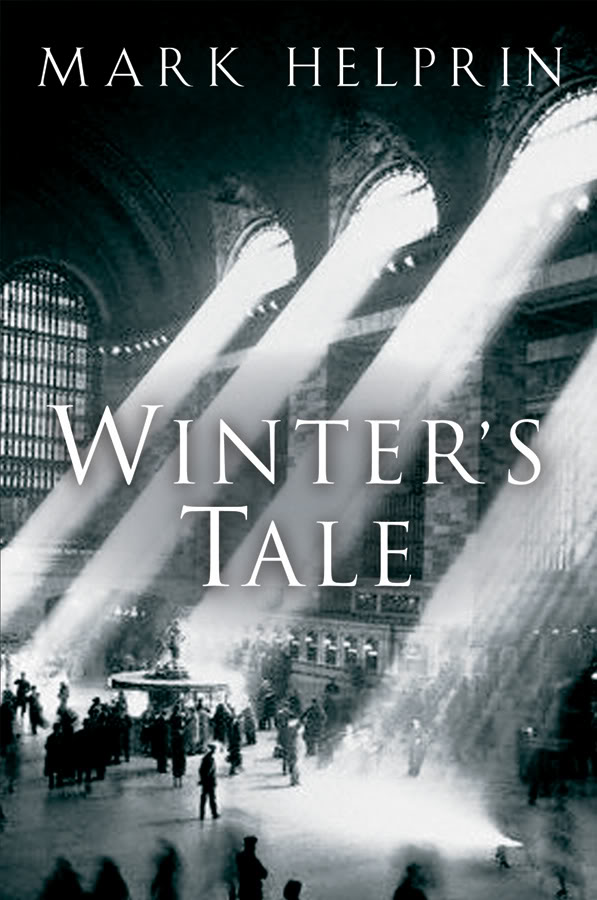 I’m all for blurring genre edges when it comes to novels. Some of my favorite authors are blurrers. After reading this, I gotta say that Helprin’s style of blurring isn’t my favorite. What’s set up as yet another piece of historical fiction (or period fiction, I guess), turns into way far out, uh, fantasy. And I don’t mean fantasy in a breastplate and glowing sword kind of way, but more like a runaway dream. The odd part is that this disassociation from reality grows and morphs as the book progresses. Sure it’s a little fantastical to have a flying horse. Okay, I’ll deal with the fact that there are some weird marsh people who live like semi-savages in Bayonne behind some mysterious cloud wall. Where things started to detach for me was when Helprin basically named a time, a city (New York) and then proceeded to completely fabricate everything that was actually going on in said city at that time. This weird funhouse mirror thing continues through all 768 pages, warping time, history and plot boundaries. I’m not really certain if this is supposed to be some alternate reality or bizarro universe, but in this world, people of Manhattan in 1999 still ride in ice boats to get upstate (if they ever did), don’t seem to have highways or new roads of any kind and still have horse-drawn carts. There are people who come back from the dead, others who have lived for hundreds of years, and a whole rash of some imaginary gang from The Five Points (which still exists in ’99, along with something called “the City of the Poor) that have all been dumped into the future by powers unexplained. I would attempt to encapsulate the plot, but the meandering narrative doesn’t really fit neatly into a short little package. It’s overly long, and repetitive at times and completely uneven. From one day to the next–and it did take me quite a while to get through–I went from wanting to find out what happened next to dreading having to once again read the fifty thousandth description of a frozen Hudson River. I just couldn’t get past the whole dual real/fantasy world, I guess. It would be like reading a book that took place on the European front of World War II, and all of a sudden there were seas in the middle of France, and some country called Zyzygy that had magic flying machines from the past that swooped down and annihilated the German army that was being led by their dictator, Klaus Von Peanutbrittle. It’s like all the real things are there, but the facts around them are all wrong. I almost feel like it was a cop out on Helprin’s part, allowing him to be not even close to historically accurate about anything. Why look up who was the mayor and governor, and president back in 1902? I can just make that shit up. Even more disturbing are the number of typos in the text of the book itself. Usually I’ll catch one or two, but I seem to recall at least ten instances of stuff being screwed up. I supposed in such a long book, it’s bound to happen, but seriously, get a proofreader. It’s a shame, really, as Helprin is a good writer, and can certainly paint a really nice picture with his words, but this thing just got away from him. Maybe it’s not his fault at all, and in fact he needed a better editor. I’d be interested to hear someone’s opinion who never lived in Manhattan and see if they actually thought what Helprin describes throughout is a realistic representation of New York. Helprin really does get to the core of why people love this city, but unfortunately his is a city that doesn’t really exist. Of course I’m sure I completely missed the point–but that’s what makes opinion.