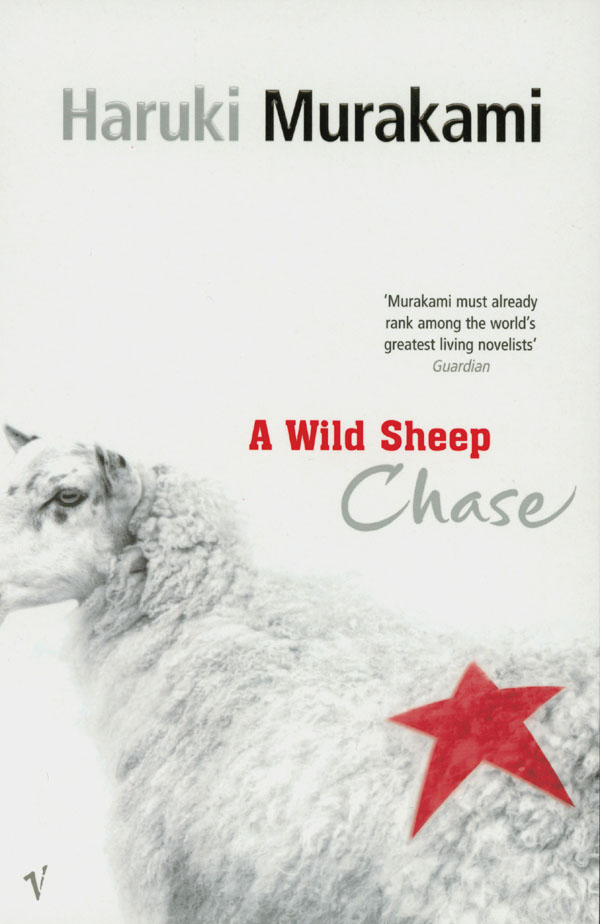 It’s clear that this is the same man who wrote The Wind-Up Bird Chronicle. The pervasive themes of isolation, loneliness and disenfranchisement in a weird world in which our protagonists barely fit are more than coincidental. In this case our guy isn’t even named, and seems to just float from place to place like a sheaf of paper, smoking a trillion cigarettes, eating to subsist and making moves at the whim of everyone but himself. He is merely a pawn in a scheme that needs that blank canvas in order to work. If he were to actually question his direction, things would fall apart. After all, if you were told by a mysterious man that your life would be ruined unless you found him a sheep in the Japanese countryside somewhere (on particular sheep in a nameless range), wouldn’t’ you question the validity and reasoning behind it? Our guy has packed it in, given up, just gone South. His life has ceased to have direction or meaning, so I guess this quest for the mysterious sheep has at least given him a goal. Murakami literally does describe every cigarette he lights up, every meal he downs and each beer he pops open. Maybe this is just his way of showing the mundane features of everyday life. It really is in a lot of ways like Carver’s characters and the rote of the nightly drinking and small talk with the wife. It’s all just sad. I honestly had no idea that Japan had such varied terrain, as Murakami describes oceanside towns, snowy mountains and countryside. I mean, I guess I knew all that, but for some reason I just picture the whole country looking like Blade Runner. It is hard at times to connect with Murakami’s protagonists. Aside from the fact the poor guy has no name, he is a bit of a robot, who has desire only when certain stimulus is involved (the ears of his girlfriend), is generally emotionless (his wife leaves him to his utter indifference) and has no motivation beyond finding a sheep for a man he doesn’t even know or see. This is another story that kind of hits you after you finish it. While you’re reading it, it’s a bit mundane at times, and a little too fantastical at others, but afterwards–when it truly sinks in–you can take it at its whole and realize that this is a story that really holds together and makes sense in the context of its own mysticism.