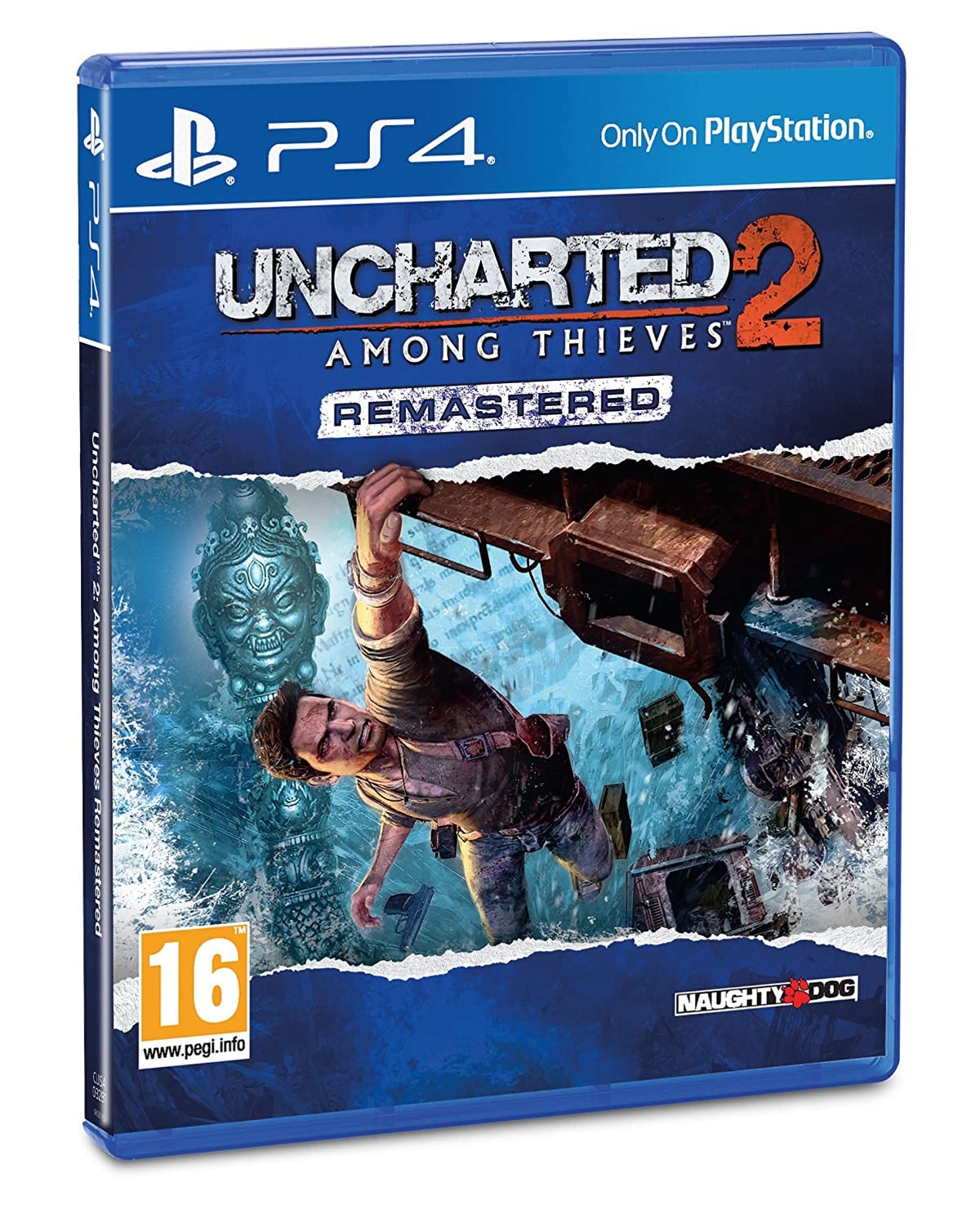 Yes, I’m the loser who plays video games like a century after they came out. But, hey, at least I play highly-rated games from 2009 in 2022 because I have taste. And, honestly, I’m not even certain what modern games look like these days, because right before I played Uncharted 2: Among Thieves, I played 2007‘s Uncharted: Drake’s Fortune. Not only am I slow at games, I also just don’t play very often. So, by the time I get through Uncharted 3 and 4, I’ll be ready for a gaming chair with rockers on it. Which I suppose is just a rocking chair. But way nerdier.

I’ve been playing this thing for so long that they’ve managed to make a movie out of it. Starring Spiderman himself, Tom Holland. And Marky Mark Wahlberg, of course. Honestly, I’m surprised it didn’t happen earlier. After all, this was an incredibly popular game series, from what I understand. And it’s clearly just a modern version of Raiders of the Lost Ark. Which was, of course, one of the most popular action adventure series of all time. In fact, I’m a little surprised the creators of the game didn’t get a visit Mr. Spielberg’s lawyers. It’s that close.

Our main protagonist here is Nathan Drake. World traveler, treasure hunter and prolific climber. He’s a rough-around-the-edges smart-ass who can shoot, swing and also charm the ladies with his sharp wit and ability to be incredibly knowledgable and bright when he wants to be. He’s also a mass murderer. I mean, not in like a Stalin kind of way. But he (well, I, I suppose) kills an absolute shitton of dudes. All in the pursuit of Marco Polo’s lost fleet and some jewel called the Cintamani Stone. Or something. Frankly, I never really understood what my goal was. I just knew there were a billion baddies with guns in front of me. And I needed to scale mountains, buildings, temples and all manner of death-defying gorges to kill the shit out of them with a multitude of firearms, explosives and neck-breaking hand-to-hand moves. All the while quipping, smirking and generally ignoring the fact that I’m murdering hundreds and hundreds of contractors just hired to do the same thing I’m doing: find some riches for some dude for some convoluted reason. The question is: how does Nathan Drake sleep at night with all this blood on his hands? I suppose… well? I’m assuming they don’t have notorious nice guy Tom Holland, as Drake, spilling quite as much blood in the filmed version.

Now, as I’ve said, I’m not really a gamer. Sure, I’ve played games, but I’m no gamer. As should, once again, be evident by my playing a game that, if it were in school, would be a seventh grader. But this game is pretty fun. Drake — despite his penchant for shooting everything that moves and uncanny similarity to Indiana Jones — makes for a good video game protagonist. He’s that throw-backy swashbuckling adventurer mixed with a little bit of John McClane. Sarcastic and constantly getting the shit beaten out of him, but coming out the other side with a pull yourself up, dust yourself off and get-them-antiquities attitude that we like to see in our heroes.

The surroundings are also exotic, mainly in Tibet and Nepal, I believe? So, lots of buddhist temples and ancient villages and mountains. It all looks really nice, especially considering how old this game is. Along with the third-person shooter thing, where you’re constantly scouring for ammo, guns and sneaking and jumping and climbing, there are some puzzle-like things. Mainly turning ancient scroll rollers like those ones from The Golden Child. But like way, way bigger. That definitely conjures some serious Raiders vibes. As a person who is not a huge fan of heights, the rendering of some of the finger-tip-hanging scenes over and above things is almost vertigo-inducing. Like I felt myself pushing back in my chair as Drake tip-toed across giant valleys, or swung from barely-perceptible hand-holds from great heights on outsized statues, edifices and mountaintops.

I think I didn’t quite follow the story as well as I could have because of large chunks of time tending to real life, but there is definitely an attempt to create a narrative here. There are even a couple will-they-or-won’t they relationships with a couple women. The “nice” girl for whom Drake clearly cares, and the kick-ass femme fatale, who he shouldn’t be attracted to, but is. I think there are some Nazi sympathizers, and clearly some ancient magical shiz that happens. Including some weird creatures, who are incredibly tough to kill. So they mix some Eastern mysticism and magic in with the everyday shooting and killing. Because I guess there are only so many dudes one can murder without a break to also killing ancient monster beast things. This may be a typical gaming thing, but I did have about 27 “this has to be the last mountain I’m going to climb or temple I’m going to enter” moments, only to swing focus to the next mountain or temple in the distance while thinking “okay, that has to be the final stage!” Turns out, nope, it’s gonna keep going. If this was a film, I would say it was repetitive and too long. But this is a video game, so why not just keep it going? You know, murder a few hundred more dudes. Leap a few more ledges. Die another 267 times before realizing it’s dark outside and you haven’t eaten since yesterday. Yet another reason gaming isn’t good for me.

Now… I have a serious conundrum in front of me. I own Uncharted 3: Drake’s Deception and Uncharted 4: A Thief’s End, but I can’t even imagine spending the next 20 years of my life finishing them. I mean, we should have ocular implants by that point where I can actually be Nathan Drake, right? I’m no futurist, but perhaps the Playstation 8 will be backward compatible with my PS4 in 2030 when I finally get around to starting Drake’s next adventure.