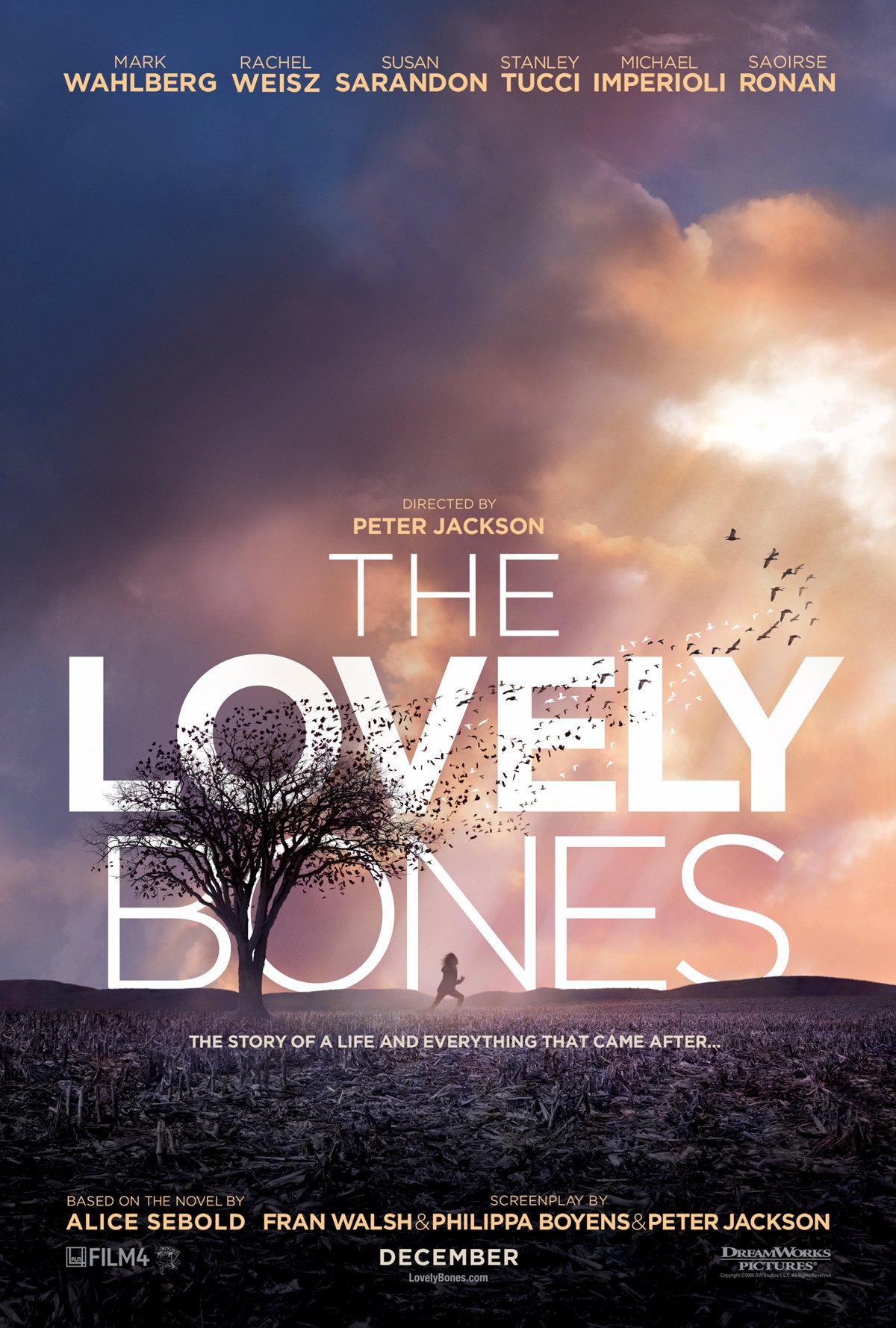 I’m one of three people in the US who didn’t read The Lovely Bones. I’ve also never read a Dan Brown book, done the Macarena or seen field hockey being played. The last thing I’m a little sad about, but the others I could probably survive without much of a spiritual dent. That said, the idea behind The Lovely Bones intrigued me, and who can resist a Peter Jackson movie about a dead girl trying to help her family solve her own murder? Sounds like a winner, right?

Wrong. What probably made an introspective, cerebral book about letting go, moving on with one’s life and the cosmic imprint we make on everyone we touch in life was rendered here as CGI-driven pabulum that made about as much sense as another horribly disappointing film, The Fountain. Dreamy and ethereal is one thing, but talk of heaven and the afterlife all symbolized against achingly obvious greenscreen is no fun for anyone. Perhaps they should have gone with the “based on the novel” approach and told the story in a much more straightforward ghost story, Sixth Sense type way. This just came off as overly complicated, vaguely religious and underwhelming.

And then there’s Mark Wahlberg’s acting. Putting a 70s wig on the guy (the film was set in the early to mid-70s) doesn’t help mask that oddball, monotone delivery he has. The strained “acting” he does is almost laughable at times, though he does look distraught in several scenes–as well he should be. But acting by messing up your wig and looking vaguely constipated does not an Oscar make. Stanley Tucci as the creepy neighbor/murderer went a little hard on the clichés, what with his false teeth, child molester glasses and weird comb-over. He’s certainly better than Wahlberg, but that’s like saying a kick in the nuts is better than a sock in the face. The girl who plays our heroine, Susie Salmon, acts mostly in voiceover and stares out into a computer horizon while some computer nerd enhanced her already liquid blue eyes. The actress, Saoirse Ronan, would certainly seem to have a future in front of her filled with period films and melodrama.

I really wonder if Peter Jackson hasn’t gotten too reliant on the computer technology. CGI has become the musical interlude for the new century. Where once directors with a hole in the script would throw in a Goo Goo Dolls track and film people staring out windows into the rain, they now spend millions of dollars with ILM to make computer birds form messages on computer trees, imaginary islands appear in the mist of heaven and all sorts of other visual trickery to try to distract us from the fact nothing much has happened for the last hour. It almost makes me ache for crap like City of Angels. Okay, that’s taking it too far, but perhaps if Jackson dialed in a little Heavenly Creatures rather than the walking trees from The Lord of the Rings we would have ended up with something compelling and raw rather than technical and detached.