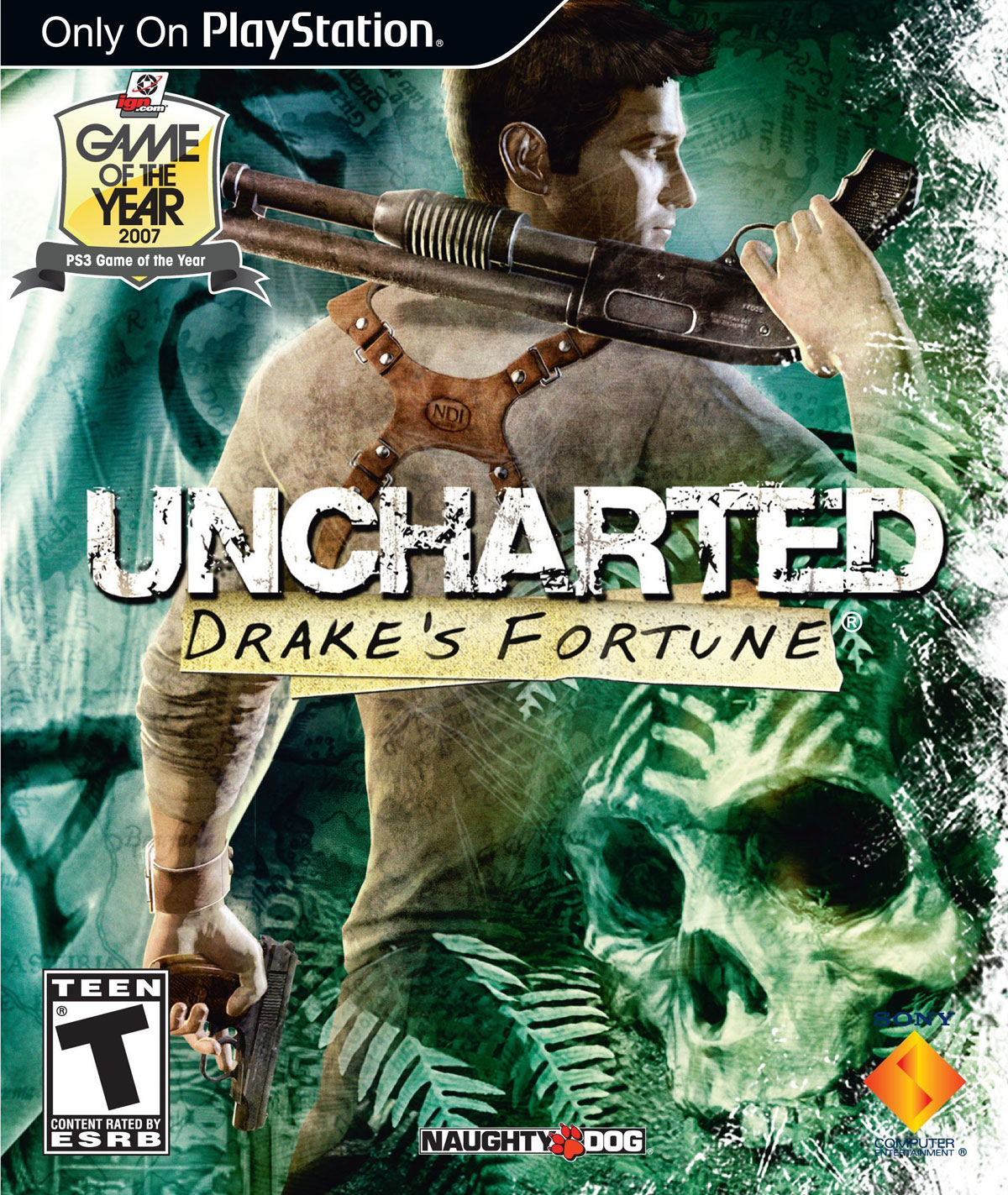 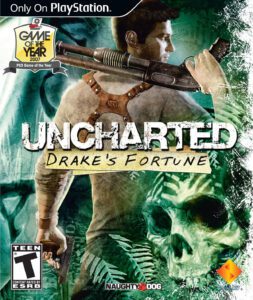 Only I could review a video game that came out in 2007 in 2019. Granted, I didn’t come to the game until 2016 when Ms. Hipster bought me The Nathan Drake Collection, which compiled the first three Uncharted games of the series, including this, the first in the series. So, I started playing a ten-year-old game that took me around two years to finish. This, my friends, is what being an adult is. And it sucks.

Raiders of the Lost Ark came out in 1981. I was alive and saw it in the movie theater. Now, doing the math, that was almost 25 years before this Nathan Drake series came along. And then there was another analog, Romancing the Stone. You got your cocky treasure hunter risking life and limb to find the lost treasure of El Dorado. Drake is supposed to be a descendant of Sir Francis Drake, which is a little awkward considering the dude was a slave trader, but I suppose that’s not the part of his bio they wanted to highlight. I think the point is that he’s a swashbuckling kind of guy who goes on adventures on the high seas.

He also seems to be part monkey. The dude can jump and hang on things. Like that’s the gimmick here. You know, every video game hero has his schtick. Drake’s includes hanging on cliffs by his fingertips and swinging like a madman to navigate crevasses and chasms. He climbs walls and jumps and rolls a lot. The gameplay is third-person, meaning you’re basically guiding the dude from behind kind of looking over his shoulder. I’m more of a first-person guy myself, but the gameplay for an old-ass game was pretty damn smooth and intuitive.

Honestly, I’m not really sure how to review video games. I shot about a million dudes with everything from a .45 to one of those rocket launcher things. There were lots of intercut scenes with some decent voice acting and a story that keeps the action going. Is it going to win any Oscars? No. But is it well put together and enough to keep me playing it for two years? Sure. I mean, who doesn’t love running around sunken ships and jungles and stuff looking for large gold statues and stuff? There is one section toward the end where these zombie spider creature things keep coming at you. I kind of hate that shit after shooting mostly at pirates and henchmen and stuff, but it didn’t kill it for me. It is a bit repetitive, as you think you’re finally at the end and are sent on yet another wild goose chase with your lady friend and this old guy with a cigar, but it’s still pretty fun.

My understanding is that Uncharted 2: Among Thieves is among the best games ever. And, luckily, I get to play that one next. I really do like playing our PS4, but time just disappears as soon as I sit down, and sometimes Saturdays become Sundays before I know it. And that ain’t good for anyone. I suppose I’ll see you all in 2021 or so.