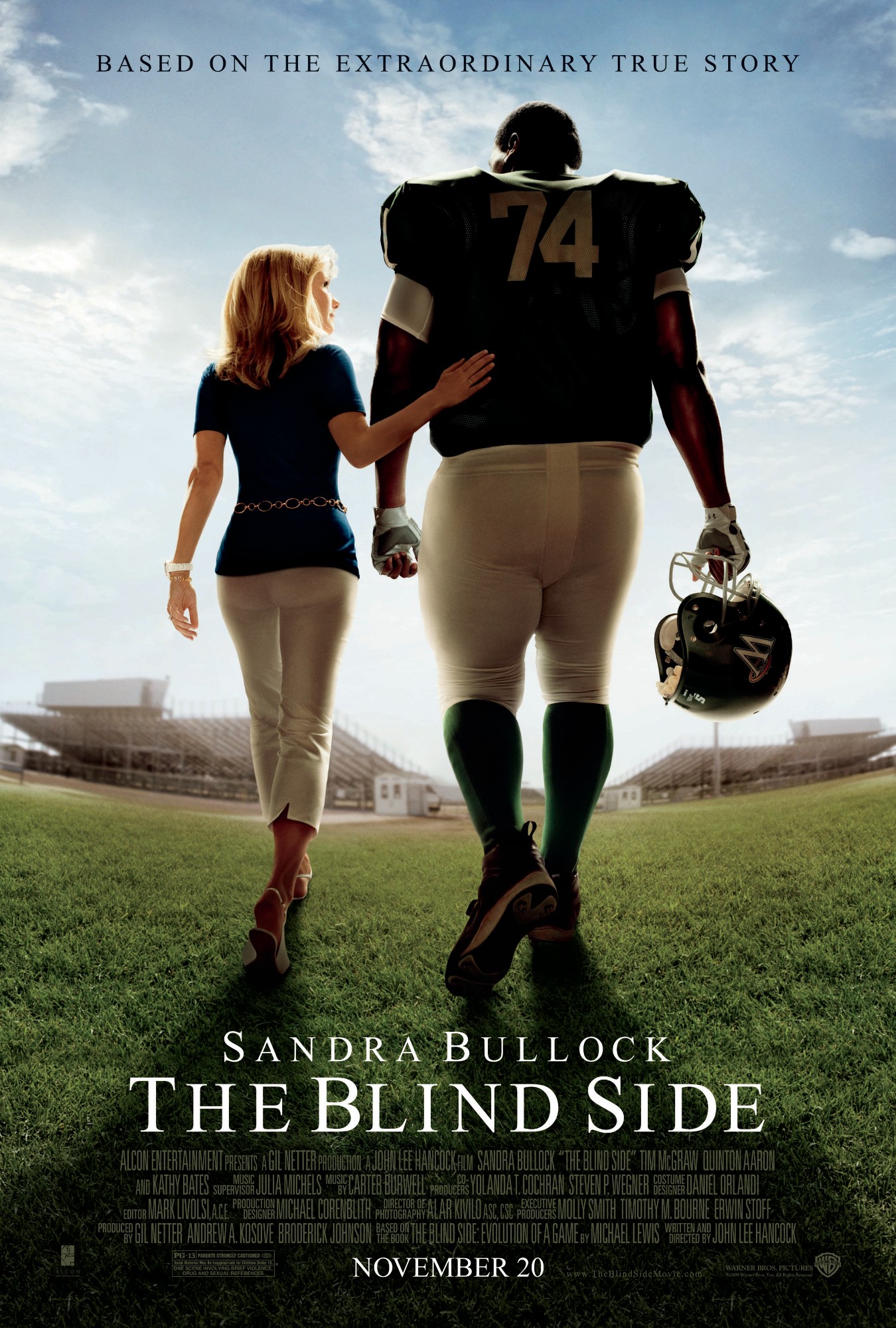 Oy vey is mir. Whether it’s Rhea Pearlman or Michelle Pfeiffer or Jessica Lange or Sean Connery, there’s always something vaguely racist and condescending about watching white folks save black youth. What they really need is Ghost Dog to teach them some street ninja shit! Okay, maybe not, but see how even I get uncomfortable with the paint by numbers great white savior thing and turn instantly to Jim Jarmusch humor?

So you all know the gist of this one. It’s a “true story” about this poor giant kid from the projects who is bounced around from home to home because his dad took off and his mom loves the crack. One day he coincidentally visits the wealthy private school of his current benefactor who happens to be the custodian at said school and draws the eye of the football coach as he, all six-four of him, dunks the shit out of a basketball while waiting at the outdoor court. Apparently nobody else saw the possibility of this athletic giant? Well, fiction is fiction. He ends up at the school, but has the education commiserate with his poor life and poor school and is not a good student. He’s on the verge of being back from whence he came when the rich white lady with brass balls saves his ass. Luckily she also has this creepy son who rides around on the big lug’s back like fuckin’ Yoda in that backpack and happens to know everything about football and teaches the big dummy all about how to play. Bullshit detector on nine. And then there’s this whole thing about him obviously not being a good student, but tested with really high marks for “protective instinct.” And, what do you know, like a dog or lower life form, he foams at the mouth when someone he loves is threatened in any way! And what a perfect quality for a person whose job it is to protect his quarterback–more specifically his blind side! Huzzah! My bs meter has hit eleven.

Hokiness aside, the movie could have been worse. If you can get past the obviously awkward idea of the great white hope (after all it is a true-ish story) and put away the fact they make the guy into a total dummy who is taught football by a weird 8-year-old midget and is essentially only good because he has some weird non-human, pavlovian reaction to people getting near his QB you may enjoy the general feel-good story and like watching Sandra Bullock play a feisty blonde housewife. Though, I liked it a little better when it was called Air Bud: Golden Receiver.