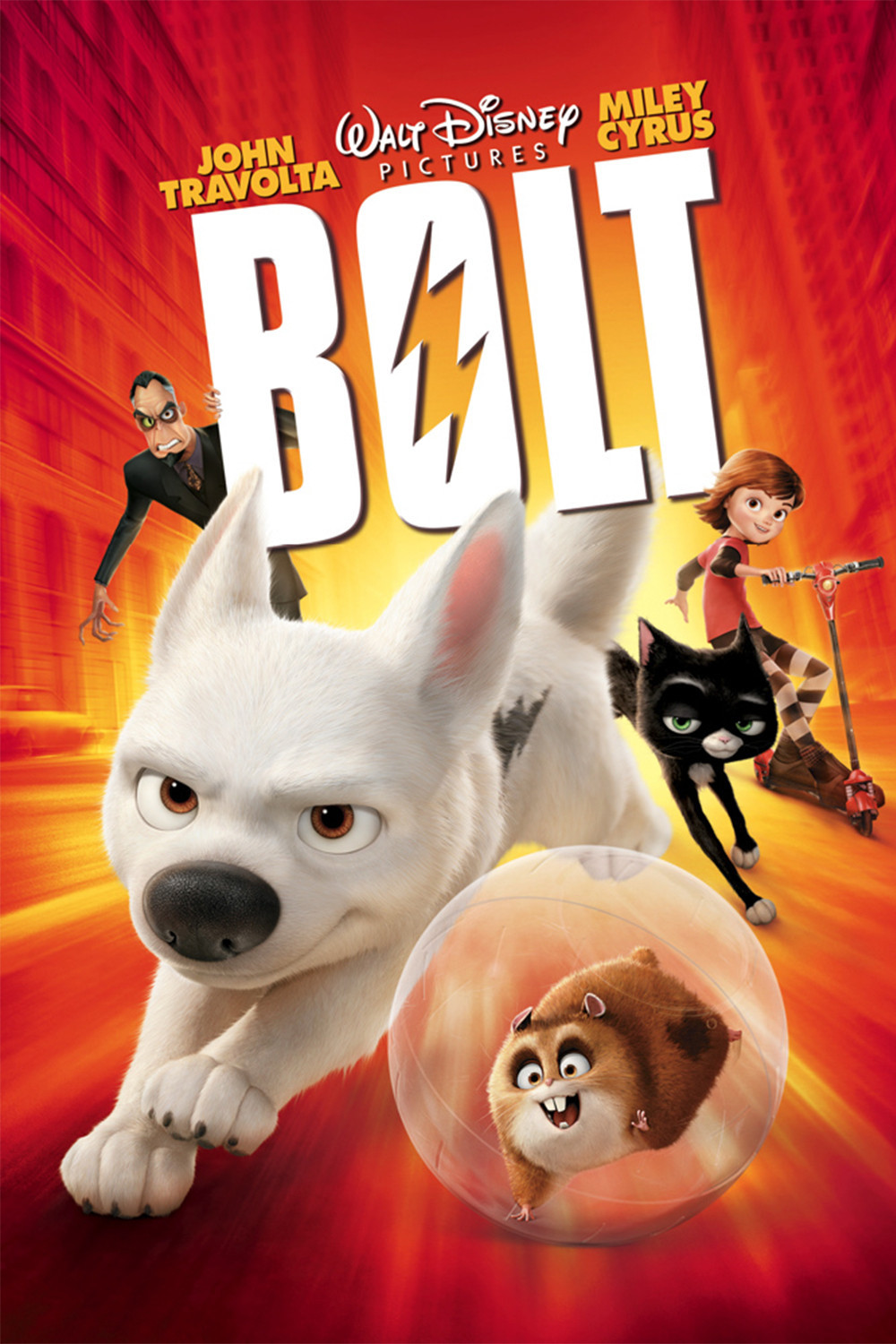 I always have trouble reviewing kids’ movies. After all, they’re not really made for me. On top of that, they tend to leave my consciousness about five minutes after I leave the theater. This one was no different.

My first issue with this thing is the esoteric, self-aware Hollywood thing it goes through for quite a large chunk at the beginning of the film. The gist is that Bolt is raised from a puppy by a child actress to believe he is a super-powered dog. The issue is that he has no idea that his super powers are make-believe, and that the little girl he thinks is his master (which she actually is), is the star of a hit television show–also starring him. The makers of the show are convinced that if Bolt figures out this life of fighting bad guys he isn’t in fact real, that his excellent acting will go up in smoke and the show will bomb. So they take great pains to make Bolt believe the world that he inhabits is real and that his master is always in peril and needs saving from badies.

So we have a plethora of studio folks, the unscrupulous agent, gaffers and all sorts of Hollywood insiders that add to a plot that is already on the edge of confusing for younger kids, and is probably not all that intriguing to those people who have no intimate knowledge about how studio and network politics work. Of course nobody finds Hollywood inside baseball more interesting than Hollywood writers. I have some insight into the whole thing, and it comes off a little too whatever even for me. Imagine the stay at home mom in Peoria or Ukiah.

Granted, the animation is pretty good and they develop some good action, although some of it may be a little intense for smaller kids. The plot continues on in typical cartoon fashion where our hero, Bolt, is accidentally cast out and then must find his way home, along the way picking up friends and enemies. It then becomes a kiddie version of Planes, Trains & Automobiles with Bolt playing the Steve Martin character, the cat playing the more traditional reluctant female road companion from one of those 40s comedies, and the hamster playing the John Candy role (the well-meaning buffoon). Of course kids don’t know this plot has been done and overdone a million times, and there are some cute things thrown in there, but even a child might notice that bolt and his buddies jump from a moving (fill in the mode of transportation) at least ten different times throughout their adventure back to Cali. I think it’s a case of having one core idea that was the basis of the pitch and then having a pretty thin idea of how to build it out. It happens all the time, but the masterful filmmaker can make it work. In this case, they manage it, but don’t master it.