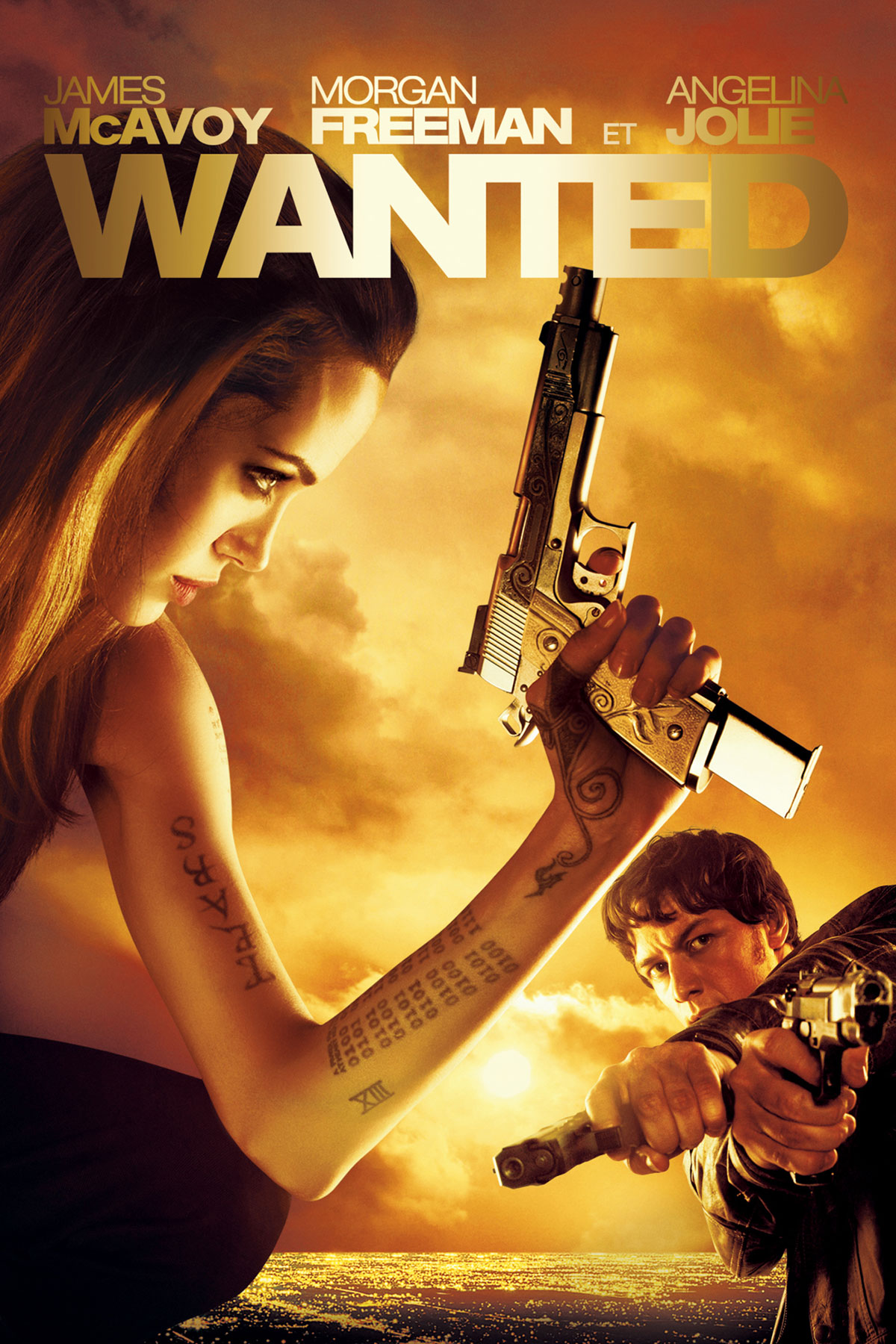 Yeah, I liked it better when it was called The Matrix. Seriously, it’s as if they’re playing the whole movie with a wink and a nudge. Like all the characters are living in a world where The Matrix was never brought to their attention; an alternate universe where the thing never hit the theaters or millions of DVD players.

So you got your secret society of ultra-human assassins. They’re set up by some powerful entity (that goes by the name of fate) with the names of people throughout history who need to be taken out. You have your wise elder (played in this case by Morgan Freeman instead of Larry Fishburne), the sexy, but cold temptress with the skeelz to pay the bills (Angelina versus Carrie-Anne Moss) and a pack of bit player ragamuffin tough guys. And then you have The One (in this case The Chosen One) played by the vastly superior actor to Keanu, James McAvoy. The Chosen One is of course a reluctant hero, the unlikely savior of all of society who seems nothing more than a self-involved nobody who can barely run his own life let alone save the human race. But, while all others doubt, including The One, the fearless leader believes.

Seriously, though, there are also some Fight Club undertones throughout—not only in terms of themes, but stylistically as well. It’s like you can almost hear Edward Norton delivering some of the lines to the camera, sitting in his cube, living his drone life that is quickly becoming a life of “the fuck are you looking at?” Granted our Chosen One is seeking daddy’s approval, and apparently needs to become a super-secret assassin in order to do it. Because, as it turns our, his daddy was the like the best super-secret assassin of all time! But he was brutally assassinated by this other assassin who turned on the secret order of assassins. Why our Chosen One guy wants revenge on a man who killed a dad who walked out on him when he was one is beyond me (you’d think he’d be all “right on!”), but without that impetus we’d have a pretty senseless movie.

Well, as it turns out, the movie is quite senseless. It’s basically a giant excuse to use the fancy special effects slo-mo camera and have Angelina slide around in a slit skirt. The acting, as I mentioned earlier, seems to be done almost tongue-in-cheek and the plot takes some completely ridiculous twists that seem to go absolutely nowhere. I’m going to go out on a limb and say that the whole movie is an allegory for American corporate greed. Yeah… It’s Obama brainwashing against the health care industry and its “loom of death.” Whatever, it’s nothing more than a fun couple scenes of cars flipping over, carved bullets splitting skulls and, well, Angelina.