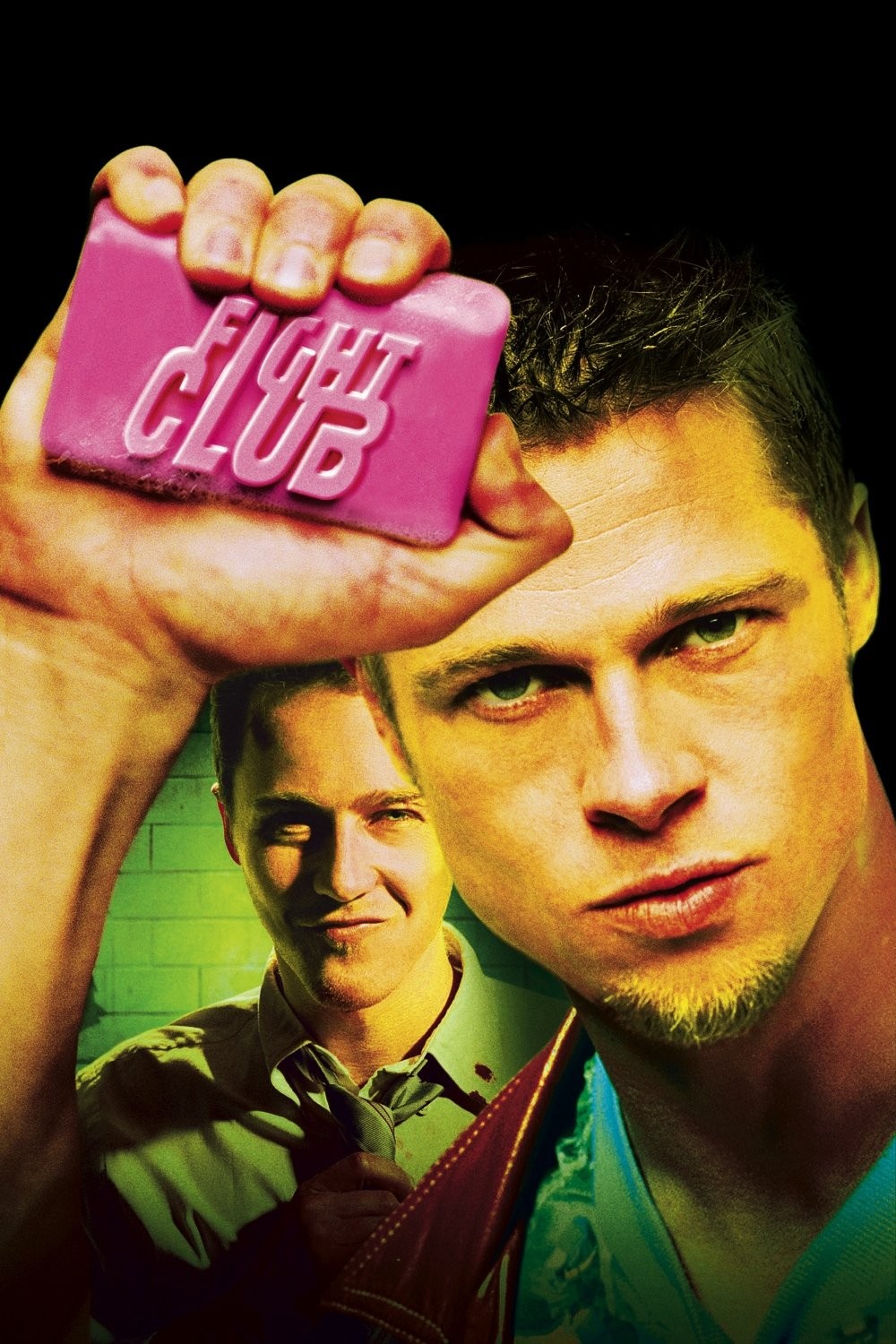 What else would you expect from the director of Se7en and The Game other than a really fucked up, dark movie? Well, Fight Club certainly delivers on both of those fronts. I can say right off the bat that this is a movie I can see a lot of people really hating. I, on the other hand, thought it was brilliant, and deserving of study in one of those many wacky cinema studies courses I took at Syracuse.

One thing I can certainly recommend to people is that they watch this movie twice before forming any kind of opinion about whether or not they like it. I finished watching it the first time and, after picking my jaw up off the ground, immediately tried to figure out if I could watch it again before I went to bed. Clocking in at two hours and twenty minutes, that wasn’t possible, but I woke up the next morning and popped it in as soon as I could. I appreciated the movie infinitely more after viewing it for a second time. I think the first viewing takes all your concentration to just watch all the amazing footage Fincher stuffs into the screen. The other half of the film I spent shaking my head, trying to figure out who the screwed up freak is that could put this riveting film together. Then the twist comes, and if you’re like me, you’ve been too stupefied by the weird shite going on in the movie to even pick up on the clues. The second viewing can be spent watching for all the cool ways Fincher hints at things without giving it away. Amazing.

Anyhow, I’m really not a big fan of Ed Norton or Brad Pitt (see my review of American History X), but both do an amazing job. Actually, Brad Pitt’s portrayal of Tyler Durden isn’t much different than his characterization of his demented crackpot in Twelve Monkeys, or even his greaseball killer in Kalifornia. He really doesn’t have much range, and tends to use the same hand gestures (that weird circular gesticulation) that he uses in all his movies, but as the cocky, brash Durden, it seems to work pretty well. Norton, though, is perfect in his roll as the downtrodden lead character (he has no name in the movie) whose life is a miserable mixture of boredom, monotony and Ikea furniture. As an insurance claims inspector, he wears a short-sleeve shirt with a tie and inspects gruesome accident scenes with all the emotion of a drugged cat.

All this changes when he meets Tyler Durden and they start up Fight Club. This is the outward expression of all the pent-up, middle-class white male anger that all consumers and desk-jockeys must put up with — without the outlet or forum in which to express it. The fights are somewhat akin to those Ultimate Fighting Championships that have been outlawed almost everywhere in the U.S. There are no rules, but you have to stop once your opponent taps out or falls unconscious. These fights aren’t so much to hurt other people, but to feel the rawness — the realness — of being hit, and hitting back. Durden feels our lives are directed by corporations and marketing firms. We are impotent, in essence, to direct the goings on of our daily lives. Our lives are really directed by forces beyond our control, and we are told what we are supposed to like, where we are supposed to live, what we are supposed to be, and who we are suppose to be. This movie is about taking back control of our own existence.

Anyway, enough film school crap… I have debated with a few people about the end of this movie, and whether we are supposed to believe what happens actually happens, or whether it’s in the character’s imagination, or whatever. It’s kind of like the end of The Usual Suspects, in that we have just been told a story based on the point of view of one character, who may have been lying, making part of it up, delusional, dreaming, etc. What are we supposed to believe? I don’t know, and I don’t care. This is a completely kick-ass movie.