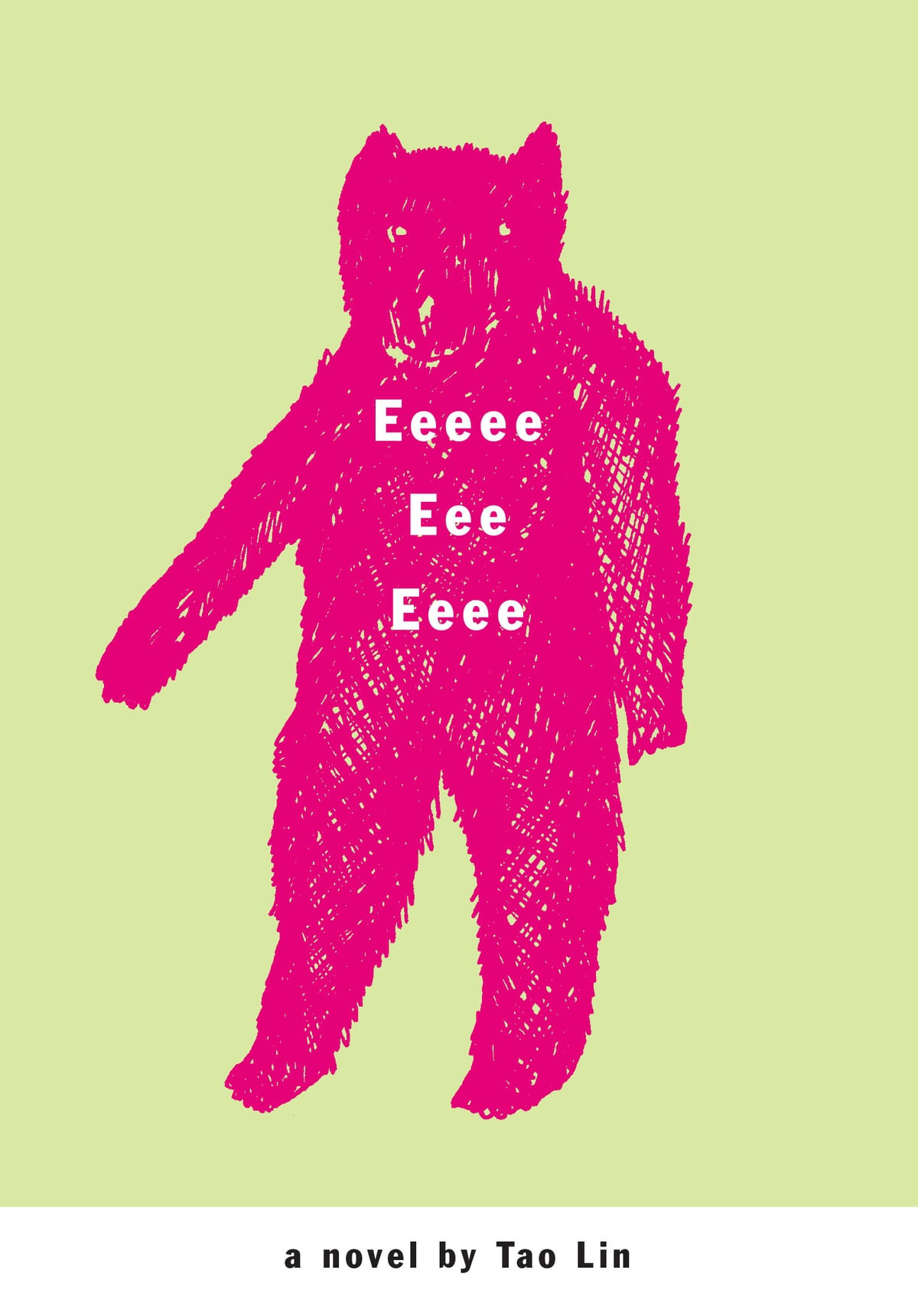 What even the fuck is this? That is the best description I can give of Eeeee Eee Eeee. Which I suppose I knew since it first came out in 2007. As it sat in my Amazon wish list and then dropped to $1.99, after which it sat in my “to read” book queue for years. I kind of feared it, but also wondered just how weird it would be. Turns out, the further out we are from 2007 and the days of easy early viral online stunts, the further we are from this book having whatever effect it initially had. Now it just represents a bygone era where an enigmatic weirdo can write 200 pages of nonsense and call it art. If his PR stunt savvy was good enough. And his ballz big enough.

Because — and unless I missed the point — this “novel” is hardly a novel. Seriously, I think this dude, Tao Lin, had everyone snowed. Perhaps I’m the dumb one, though, and there is like three levels of meta going on here. Some Andy Kaufman-ish thing where Lin is actually just a prankster pretending to be an author who somehow convinced some poor publisher that he was, in fact, a real author who is pretending to be a prankster. I don’t know. But this book of his is nothing more than an automatic writing excercise that seems to come out of the brain of a lunatic. Granted, that’s maybe, probably the point.

Okay. Okay. Yeah, I’m not even going to attempt to summarize this thing. I think there’s some slacker dude named Andrew who works at Dominos. And he has a friend, who is somehow a bigger slacker named Steve. I think. They’re both morons from what I can tell. Andrew has an ex-girlfriend named Sara who he talks about murdering a lot. I think. Steve also has a sister named Ellen. I’m completely unsure what she has to do with the story. Along with these humans there is a cadre of sentient animals, including a bear, dolphin and moose. And an alien. The dolphin says The dolphin mainly says “eeeee eee eeee.” Elijah Wood, Salman Rushdie and several other celebs and world leaders show up for no reason. I think most of them end up dead. I think maybe the dolphin kills them? And this, in essence, is what the book is about.

I would call the writing style… non-existant. Or like post-idiot. Though you have to admire Lin for just going for it. I have to imagine at some juncture even the biggest asshole’s instinct would be to write a cohesive or comprehensible sentence. But Lin sticks with the mish-mash of lobotomized loutishness. It’s as if all of the character’s caveman brains just spoke aloud. Their base desires, impulses and thoughts from the farthest flung reaches of their psyche just took over and moved their mouths outside of rational thought and consciousness. Which, again, may be the point. But I’m not sure. Despite all of this, though, I felt myself compelled to read on. Not because I was enjoying myself, mind you, but out of pure shock and amazement that this was happening to me. The car accident thing where you just can’t look away, despite being disgusted and horrified by what you’re taking in. So I suppose Lin got out of it what he wanted. But did I as a reader?

Now, on the subject of Lin himself. He seems like he might be a giant creep. He got #MeToo-ed back in 2014 after a failed relationship with a 16 year old (when he was 22). There was a seeming walk-back of the allegations, or at least a resistance to push it further, after those allegations were made. But that certainly doesn’t mean what was alleged didn’t occur. I knew nothing about this when I bought the book. And, honestly, had no idea until I Googled him to write this dumb review. Sorry. But even outside of that, Lin seems like a shameless self-promoter unafraid to act the high-minded hipster douche. Regardless, he continues to publish novels, apparently unscathed by controversy, and has had praise heaped upon him for his writing by literati hipsterus far and wide. I take it, from their description, that not all of his writing follows this meandering, monotone no-wave style. I’m also not sure there are talking animals and celebrity maulings either. It sounds like he continues his weirdness, but may have been able to focus a little more narratively writing semi-autobiographically on his subject. Am I tempted to read another of his books despite sitting on this one for a decade and ultimately feeling wrung-out and confused by it? Definitely maybe. Again, sorry.