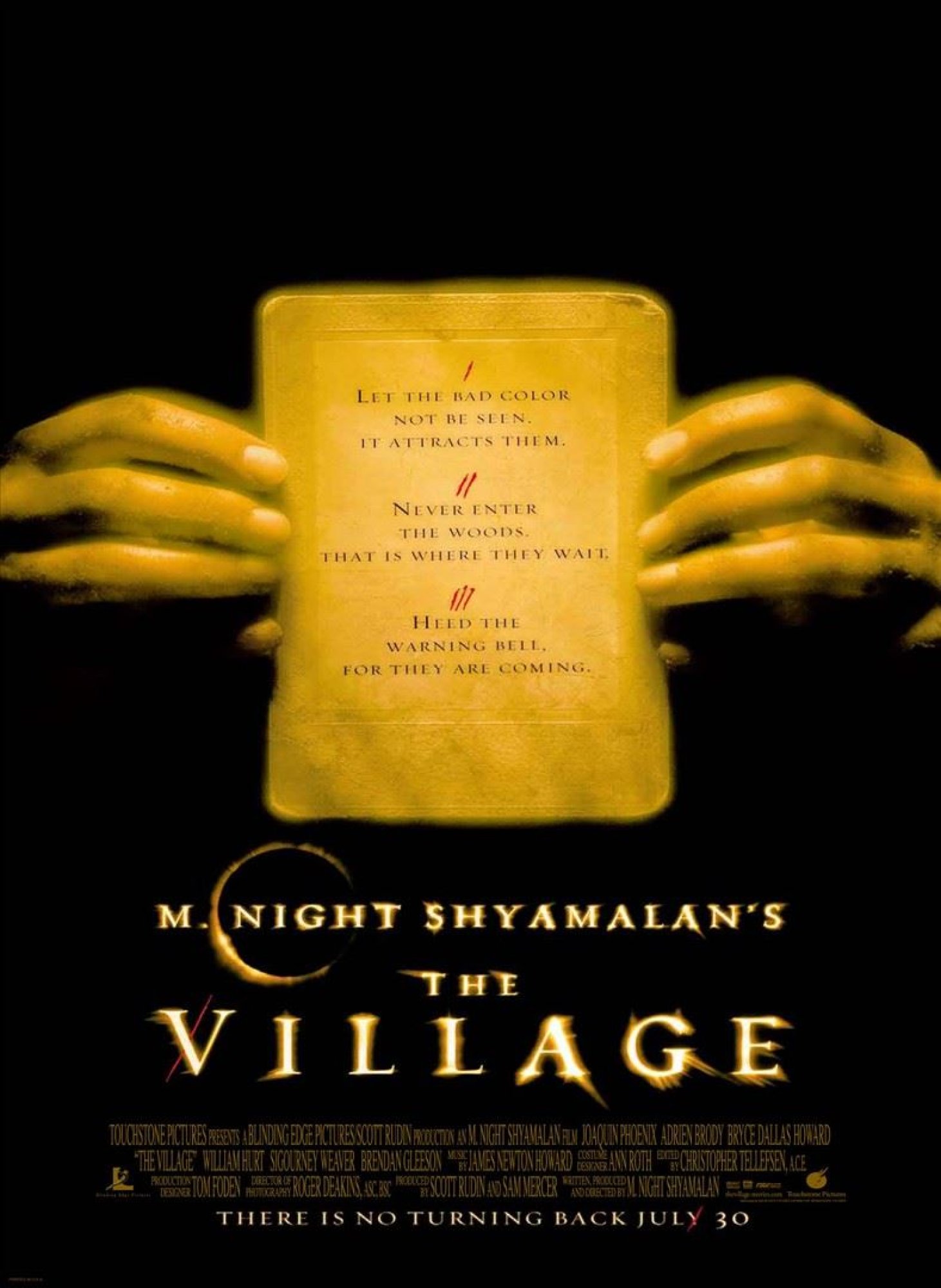 I must say that I was excited to see this one when the first trailers came out. It looked scary and suspenseful and smart. Unfortunately it ended up failing on all three fronts. Scary it most certainly was not. Although I cared not so much about that aspect. Suspenseful? A tiny bit, but nothing you wouldn’t get from any late night, Shannon Tweed suspense movie you ran across on cable. And smart? This is generally something you can rely on with M. Night, but this one falls off quite a bit.

Of course there is a big plot twist in the film. That goes almost without saying. Unfortunately I figured it out early on in the movie and it sort of sat back there and ruined large chunks of it for me. Also, where M. Night usually reveals too little of the mystery in his movies–often leaving gaping plot holes–he almost shows his hand too much in this one, showing almost all of the creepy and mysterious things to be very pedestrian and boring. It’s like thinking for years that your house is haunted, and then one day walking into the attic, flipping on the light and realizing it’s just a metal hanger rattling against the eaves when the air conditioning compressor turns on. Disappointing to say the least.

The majority of the story revolves around the lover affair between Joaquin Phoenix’s character, Lucius, and Bryce Dallas Howard’s character, Ivy. Ivy is blind, of course, and Lucius is a hard working, earnest young man who has captured her heart (blech). Side note: who knew Ron Howard could sire someone so attractive? The whole blind thing ends up being pretty gimmicky (as it usually does in films) and is sort of a red herring in terms of the mystery of the village. I suppose the story could have been relatively interesting if it weren’t completely based on a secret that’s given away before it’s given away.

And who the hell stole William Hurt’s soul? I swear there was a time when he could act. Apparently he’s been taking inflection lessons from Andie MacDowell’s acting coach. The guy’s performance was flat as a board. And it wasn’t just the oddball mish-mash of modern and early American vernacular and phrasing–he just sucked it up. Adrien Brody is pretty awful as well, doing his best DiCaprio, village idiot impression from What’s Eating Gilbert Grape. Seriously, he totally cops Leo’s act, but does it about one-tenth as well. I seem to recall reading about those two hanging out as part of the so-called “pussy posse,” so I guess it makes sense. What doesn’t make sense is Shyamalan’s handling of what at its core was a good idea that went terribly awry.