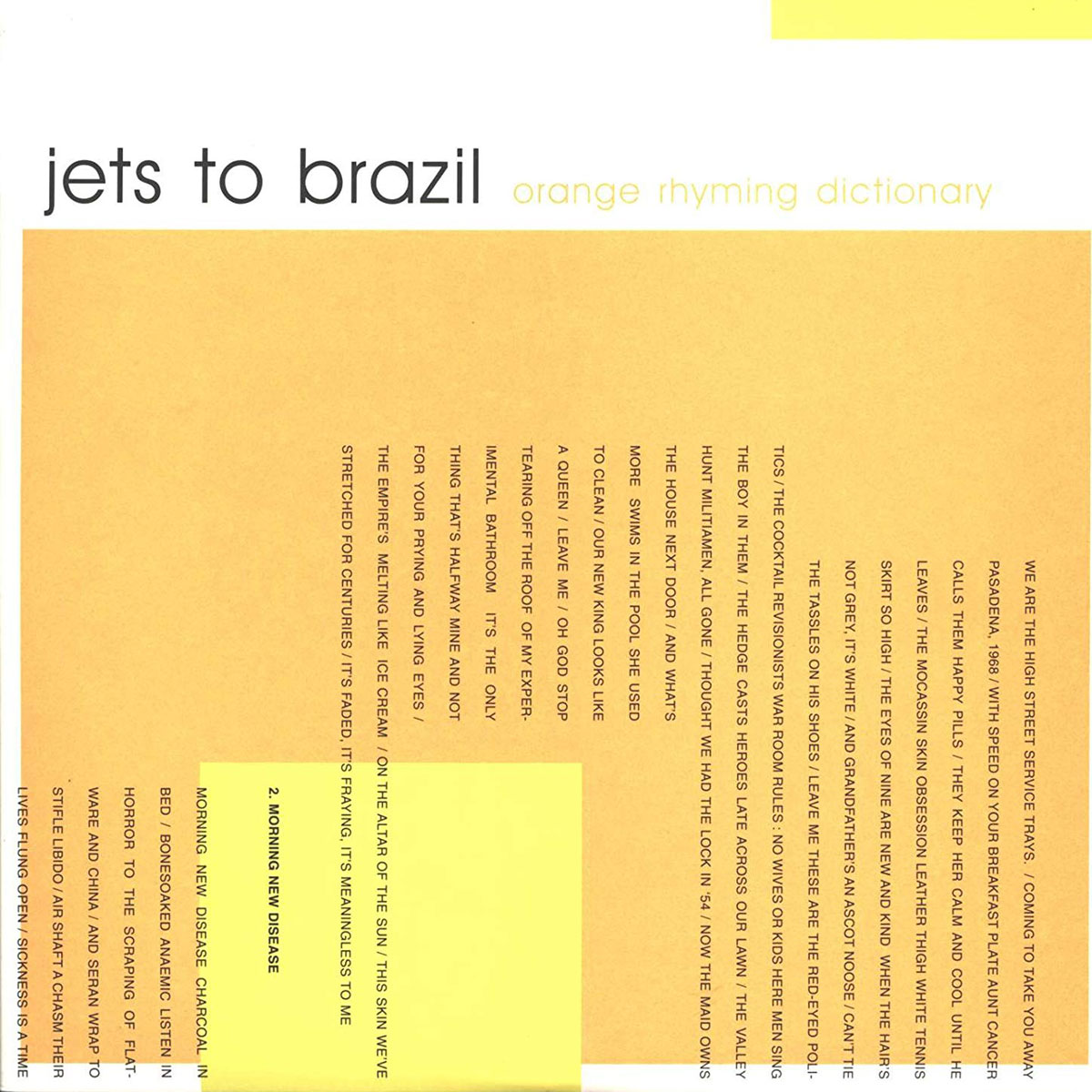 Continuing my week of Jawbreaker retro fanboy-ism, here’s Blake Schwarzenbach’s 1998 follow up to the implosion of that band’s swan song, Dear You. It’s an album that, despite my love of both these albums, I constantly confused with Burning Airlines’ 1999 album, Mission: Control! To be fair, both bands had aeronautical names and both albums were super orange. And, not to be topped by that, Burning Airlines was lead by J Robbins. Whose prior band was called… Jawbox. I mean, wtf. It’s like they were trolling each other. And you would truly think so until you look and see who produced this album: the one and only J Robbins. Double wtf!

Confusion aside, this was an album I played the hell out of in the late nineties and on into the early aughts. It continued some of the melodic evolution of Dear You (a painfully underrated album in retrospect) and amped up the composition ten fold. Schwarzenbach was freed to write more subtle music, rock music with some swing that still had an edge, but needn’t be pummeling or overtly emotionally aggression. The dynamics within each song are what really sells it. His choruses melodic, leading to great distortion-filled guitars. And some actual attempts to sing instead of just shriek until his throat bleeds. Key changes, time signature changes. Every song is like five songs in one. Not just little bursts of songs, but fully realized compositions.

One of my favorites is actually a five-minute song called “Sea Anemone.” It’s almost a country song in a minor key and it’s just lovely. It never gets above a mid tempo, and while it could be boring if done wrong, it just rings with bittersweet life. The production is pretty awesome, too. That J Robbins can produce the hell out of a record. There is a track called “I Typed For Miles” that either does or doesn’t sound like “Heart Shaped Box” on purpose, but it certainly smacks of some of that writhing pain. Despite the almost straight rip, it’s still a strong-ass song.

I think the best thing about this album is that it’s just a really good rock ‘n’ roll record. No weird experimentation or strange sidetracks. They don’t take any tracks off. The vision is just really clear, the songs fully developed. There’s no fucking around. It’s great front to back and very unique in its phrasing and choices. And there are wah-wah pedals! I loved everything about it in 1998 and it holds up today. It ain’t punk, but, honestly, neither was Jawbreaker. This is just a logical next step in its evolution. The one with opposable thumbs.