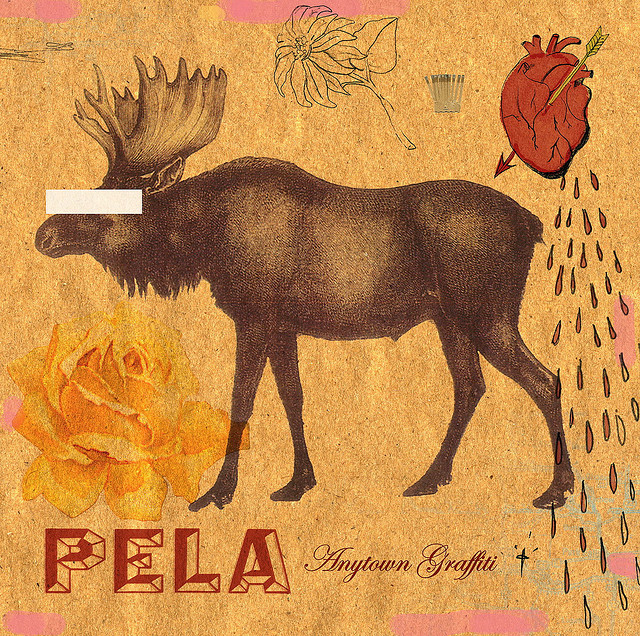 With Brooklyn bands as ubiquitous these days as rats in the subway, I was a little whatever about listening to another. I mean how much talent can be packed into one borough? Well, it turns out Pela can join some of their brethren in the star category–if their penchant for more anthemic rock doesn’t get them in trouble. They have definitely listened to their share of U2 albums (listen to the song ‘Tenement Teeth’ if you want to hear almost a direct U2 rip), which gives them that more wide-open sound than some of the other artsy stuff coming out these days. Honestly, though, I don’t know if I can take another band with a helium-sucking lead singer, so Pela’s more soaring vocals and masculine (but still sensitive!) sound is like a breath of fresh air. At times they sound a but like Stellastarr* on their first album (which always reminds me of Big Country for some reason), which is a little weird, but they also recall a little bit of Modest Mouse’s poppier stuff as well. There’s something open and hopeful about this album, which I know is like totally lame in this era of gloom and doom, but sometimes I want to feel some glass half full in my music, dammit.