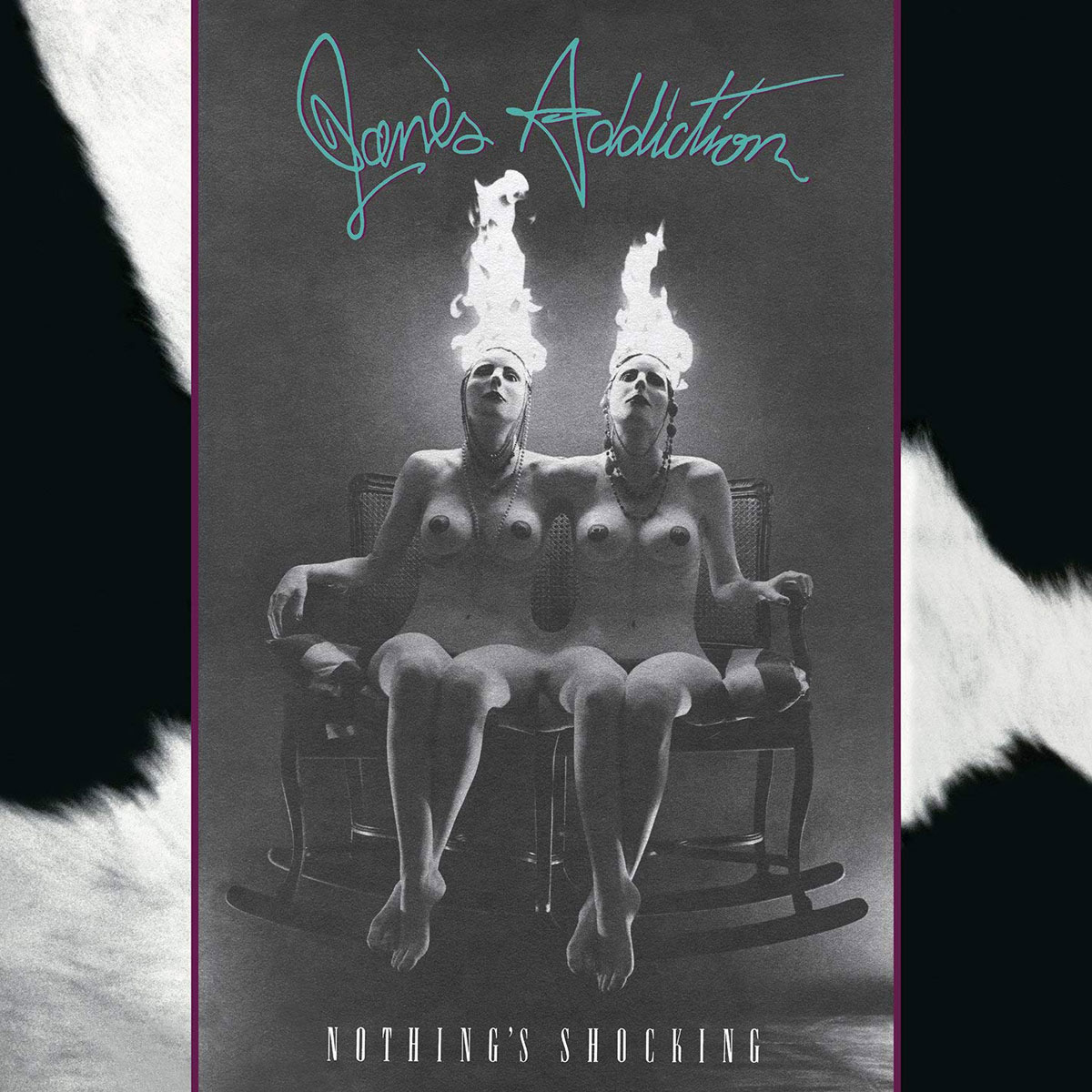 Looking back at 1988 when this album came out, rock ‘n’ roll was mainly a wasteland. Like non-college-radio radio rock ‘n’ roll was atrocious. And Jane’s Addiction were the weirdos who could come in and bridge the gap between that alt rock thing and the hair metal that dominated the airwaves. It just sounded like absolutely nothing else, yet rocked so hard it hurt. It was like Led Zeppelin on some sort of synthetic club drug.

I saw these guys on the Nothing’s Shocking tour on April 22, 1989 at the John Anson Ford Theater in Hollywood. The Flaming Lips opened! And it is still, to this day, one of the best shows I’ve ever seen. The energy of the album translates incredibly well to a relatively intimate live venue. Perry Farrell and his pink (or maybe purple) dreadlocks stalking the stage like a lunatic was pretty damn awesome. It’s dramatic rock music. Something that in that era was seriously missing. You either played loud and fast or melodically, but usually not both. And this album has moments that burst forth in a really incredible way.

That heavy rhythm section with this echo that I would normally hate, works overtime here. It’s thunderous and gargantuan. Perry Farrell’s high-as-hell wail cutting through like a banshee in the foggy mountains of some Transylvanian town. “Ocean Size,” the album’s awesome second track, I still remember from the show. It starts with a little strumming on an acoustic and then Farrell just screams “three, four” and the wave comes crashing down. Again, one of the few live shows I remember almost losing my mind with excitement as the entire crowd of 1,000 or so went berserk. It’s a wild fucking song, guitar solos and all.

Some songs stretch out like a long, summer day. Take “Summer Time Rolls,” a seemingly languid trip down an acid-filled river stuffed with electric guitars that builds and builds to a pretty beautiful crescendo. My friends and I definitely played this on more than one occasion back to back with Funkadelic’s Maggot Brain (if you know what I mean).

“Jane Says” is the song that really cut through. A song that was originally on their 1987 debut that I practically wore out before this album came out. That version of the song was way more raw (and in some ways better and some ways worse) but this one added steel drums, so… So maybe it made the sad story of addiction more palatable for a mainstream, pop audience? The Jane in the song is obviously the same Jane after which the band is named. And she was indeed a real person. And was indeed addicted.

The penultimate track, “Thank You Boys,” is a little jazzy outro that almost feels like it was copped whole cloth from a Replacements album, but maybe I’m projecting. And then they pile the dirty, slinky “Pigs In Zen” in there right when you think things are wrapped. A bass heavy tune that almost sounds kind of like Farrell is hollering like a little piggy. I don’t know much about Black Sabbath but it sounds like something they’d make. Or maybe it’s just the War Pigs thing? But I also can’t imagine the guys in Rage Against the Machine didn’t spend a good deal of time listening to this track before starting their thing. I don’t know. But whatever the case, they end the album with as much energy as they start. It’s an exhausting, exhilarating experience. Even now.