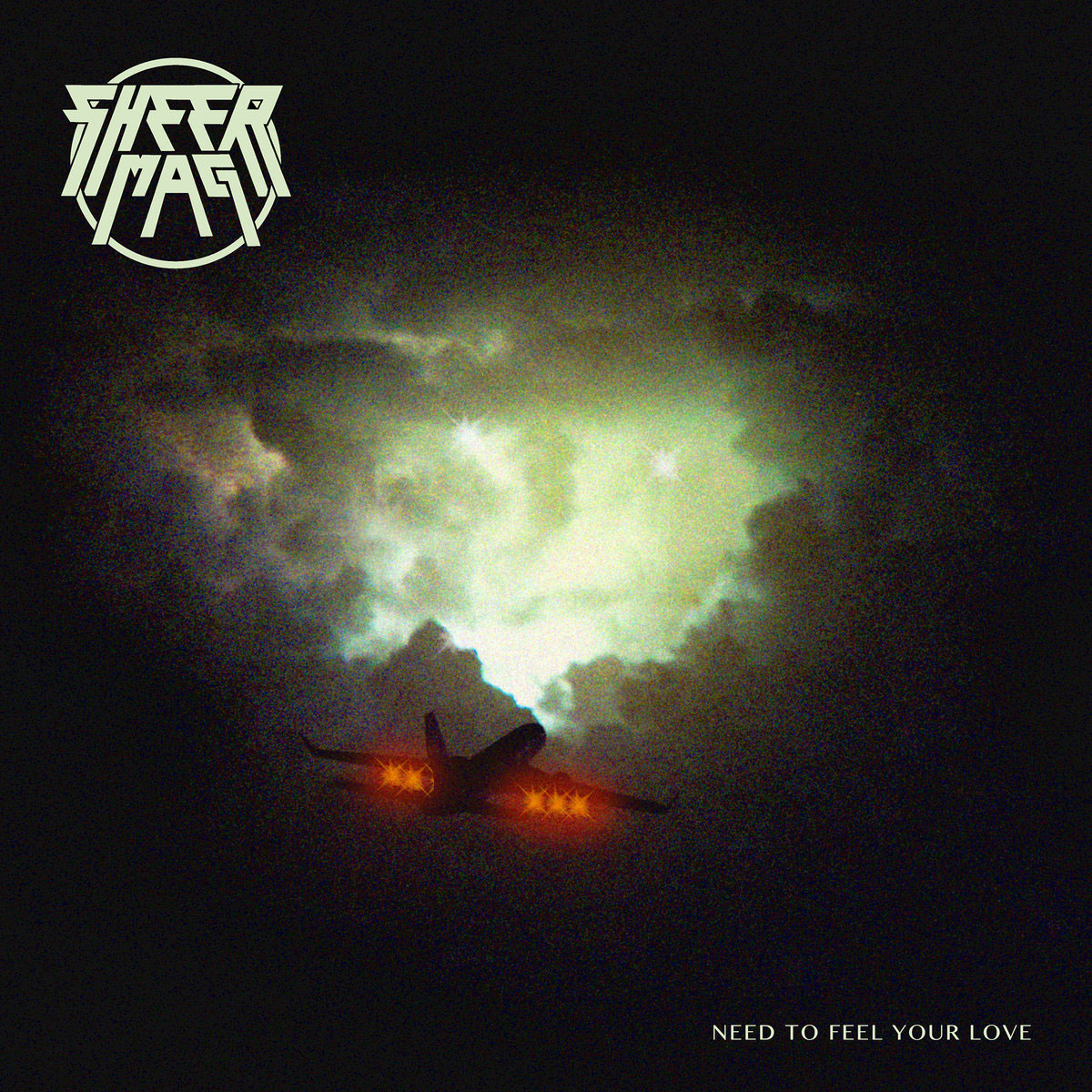 Sheer Mag is a band without high aspirations. Or maybe they have super-high aspirations. And that’s what kind of makes them awesome. They are like the garage punk version of a stadium band. Like kids (though, by the looks of them, they’re not quite kids) literally rocking out in their garage with their beat-ass equipment dreaming of playing the sold-out Spectrum in 1982. They’re lovers of the classic rock style, but an early DIY aesthetic and oodles of Doc Martens.

At the center of the band is lead singer, Tina Halladay, the group’s only female member, and definitely the driving attitude. Her voice, mostly blasted at us through a reverb-heavy PA, is also the most polarizing thing about the band. It spits at you like pissy child, certainly tuneful, but also shredded and remarkably kid-like in its tone. Ms. Hipster demurred, saying something in the vicinity of, “Sorry, I just can’t hang with this voice.” But where some hear an abrasive din, others feel the unique quality of a new punk goddess.

Whatever your feeling about Tina’s vocals, the songs over which she sings are hook-filled, catchy and, in certain instances, flame-throwey. They have that kind of Runaways brattiness, but also layer on a sheen of slinky basslines and instrumental aplomb that reminds me of some of the groovier Strokes stuff. All mashed together, it makes for an endlessly listenable and shockingly decent album from front to back. I’m sure there are more educated 1970s music historians out there who would reference Thin Lizzy or something (because, I swear, they always reference Thin Lizzy), but to me they sound like a great amalgamation of shit I liked from the past, shit I like in the present and definitely shit I’ll like going on and on into the future.