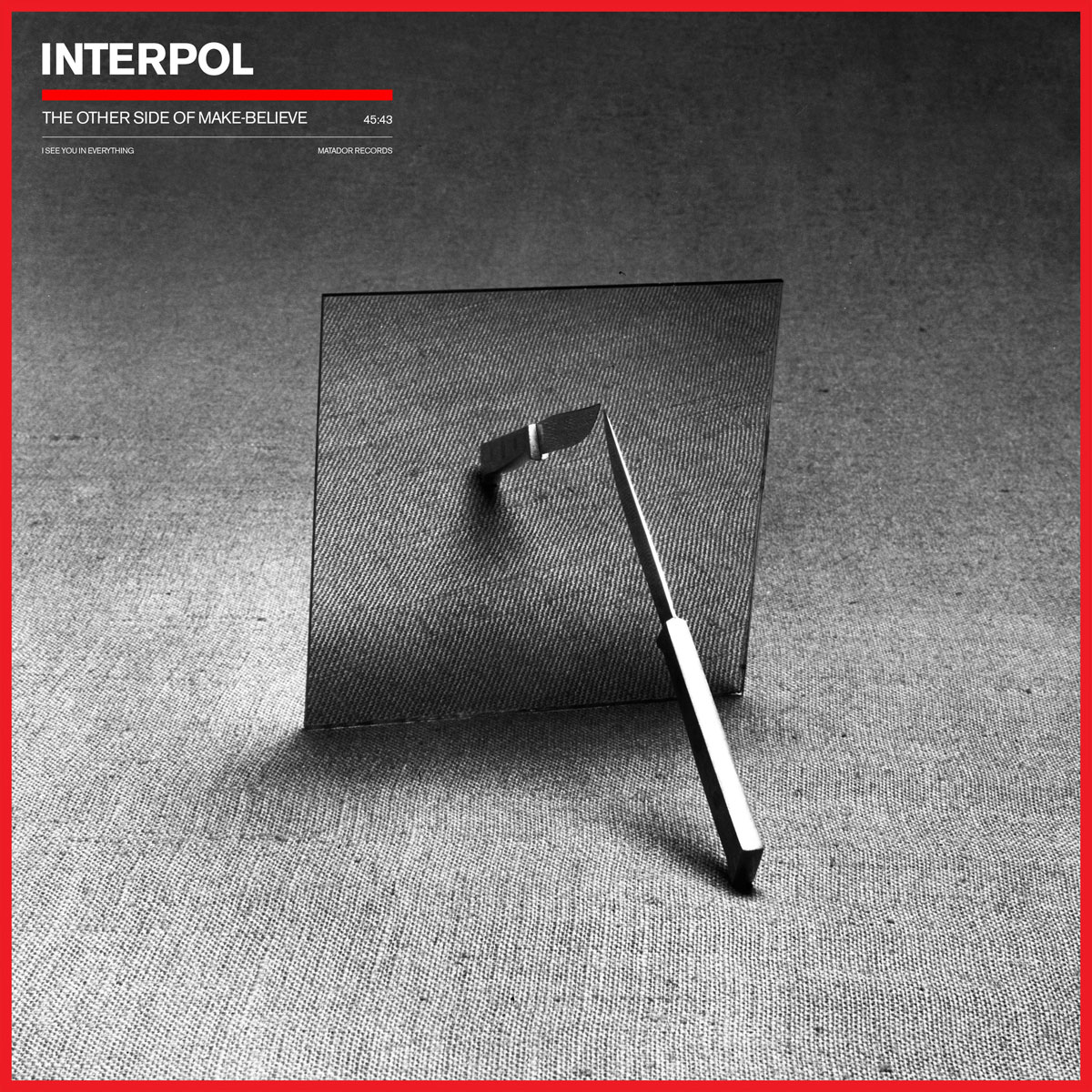 Interpol: The Other Side of Make-Believe

This is a direct quote from my review of Interpol’s last album, Marauder: “I will say with complete certitude that this is the last Interpol album I will ever review.” The year was 2018 and I was clearly on one. I love you, Interpol. And I’m sorry. It’s been a rough few years since you last dropped a record for us. So maybe now, more than ever, we need your cool-ass take on post-punk in our lives. After all, it’s been a whopping twenty years since you absolutely annihilated us with your debut, Turn on the Bright Lights. Or slathered us in cool, at least.

The thing that’s honorable about Interpol is that they haven’t really changed their sound much in two decades. Or changed indie labels from Matador (with the exception of their disastrous swing at a major with their third album). I complain unendingly on this dumb site about bands who “mature” or sand down all the rough edges to make once exciting music kind of vanilla and lame. But Interpol came out of the womb fully formed. They never had their Stink. Or their Bleach. Nope, they had a sound that, after one album, became that Interpol sound. And they’re sticking with it. And, in their case, I’m good with it. Will that sound ever live up to their debut, though? Probably not. Because it was a time where we were still okay with rock music. We were waiting on revelation. We wanted to break the late 90s malaise. We wanted to put 9/11 behind us. So 2002 was aching for something new. That was also something old. Something that was just really good.

And while The Other Side of Make-Believe definitely doesn’t live up to the incredible rush of their early stuff, it certainly displays some of the same artistry. Without the more indulgent and weird Spanish dalliances of the last album. As usual, the production on the record is top-notch. Just the separation of the instruments in the mix so that you can hear the bass strings thud and the amazing high hat work on the drum parts is remarkable in itself in a time in which most music is either so fuzzy or so drowned in reverb that nothing is discernible. No, it’s not punk. No, it’s not DIY. It’s pro, adult music that sounds great. Even if you don’t love the songs themselves, you have to appreciate how amazing everything is produced and mixed. It’s a cool fuckin’ record.

Now, in terms of the tracks themselves. I had listened to the whole record in headphones while walking around, and appreciated it. But one evening, bored out of my skull, I decided to dip into some CBD gummy things that Ms. Hipster procured. It was a first for me, but, let me tell you, this album was pretty excellent when floaty. I sat at my desk with my rather awesome speakers and just vibed. There is a bit too much midtempo slogging for my taste (when not under the influence of CBD), but even 100% sober, the record is a pretty decent hang. Looking at it on a track-by-track basis, it isn’t a banger per se, and doesn’t have a lot of stand-outs, but as an album it’s certainly up there in terms of consistency, cohesion and quality. Even twenty years on.