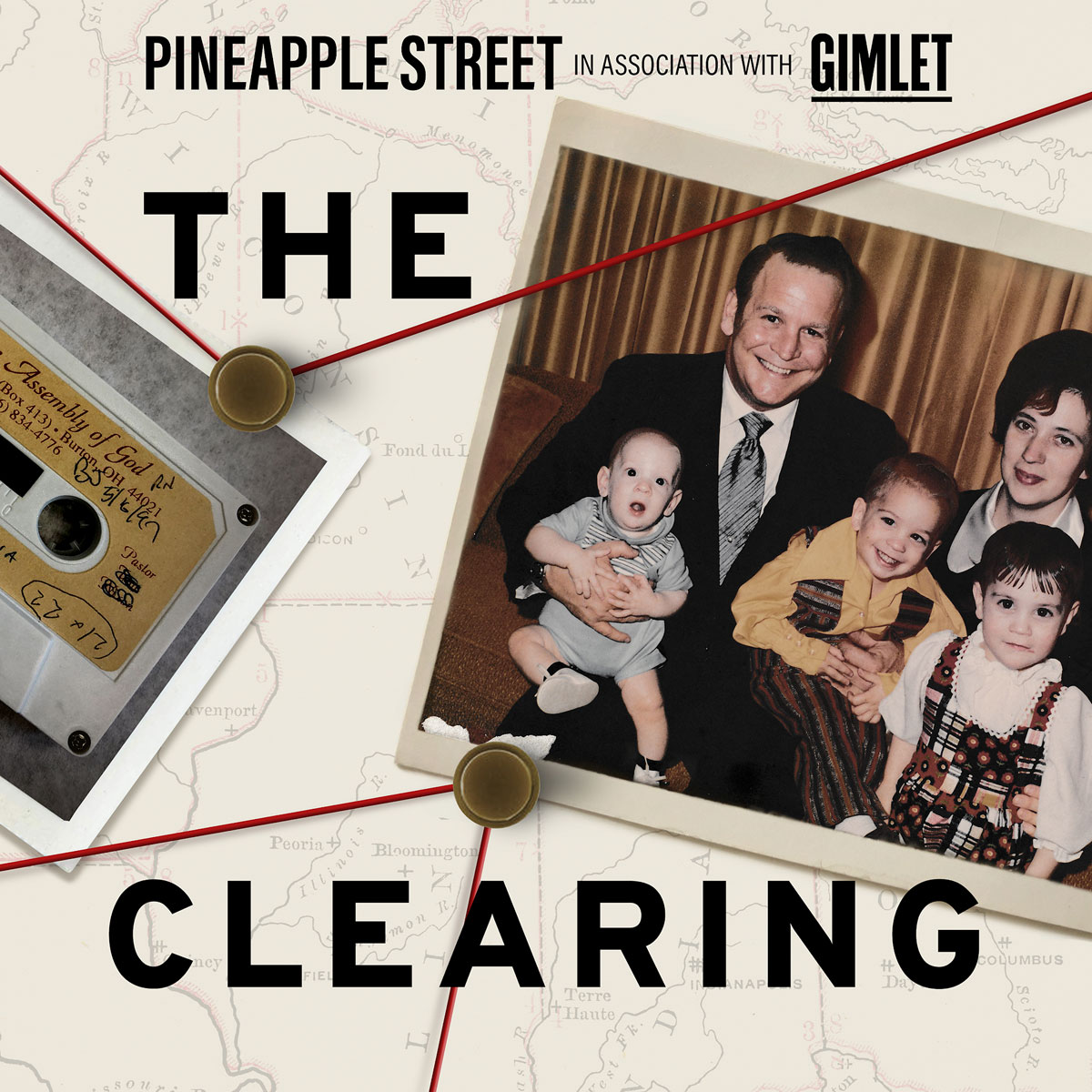 The Clearing is yet another true crime podcast that investigates some old, cold case murders. But this one is different. Because one of the major participants of the investigation is the daughter of the killer himself. She acts as a real-time barometer of what is real and what isn’t. All to investigate her father, Edward Edwards, and what he may or may not have done during a childhood full of weirdness.

Right off the bat, this has the feel of a series like Abducted in Plain Sight where it seemed like, in retrospect, people should have been a little smarter or a little more suspicious about a dude who was clearly sketchy as hell. Despite him being a “family man” and being somewhat charismatic. Or, because of the familial involvement in the investigation, a podcast like Root of Evil. Like George Hodel, the proposed Black Dahlia murderer, Edward Edwards was a serial killer. Though, unlike Hodel, he was neither a valued member of society, nor was he a genius. And his motivations for killing were way more pedestrian than Hodel’s. Or maybe they weren’t.

I think Edwards killed young couples and his own adopted son and however many other folks because someone went out of their way to give him the name Edward Edwards. I mean, I don’t understand how every dude named William Williams and Richard Richards doesn’t want to at least murder someone. Or maybe it was his atrocious upbringing, which included watching his mother commit suicide and being abused in foster care before running away and turning to a life of petty crime. Of course this is all what he wrote in his autobiography, and if the rest of his life is any indication, he may not be the most reliable narrator of his own life.

And, yes, the man wrote an autobiography. And appeared on To Tell the Truth and What’s My Line? Both of which are oldey-timey game shows. He went around the country touting his miraculous turn-around, from wrong-headed youth to upstanding, pious member of society. Giving speeches about his wonderful rehabilitation story. Problem is, it was all a lie. While he was doing this he had moved from robbing gas stations to murdering people. As he moved his family from city to city, sometimes in the middle of the night. Again, in retrospect this activity, and the death that seemed to trail him around, should have been a relatively clear sign that the guy wasn’t on the up-and-up.

And it wasn’t until his daughter, April, acting on her suspicion, put two and two together. She figured out after he’d been convicted for two murders in one state that he might also be the perpetrator of a couple’s murders in another state in which she lived as a kid. Thus opening the door on the Edward Edwards wasn’t just a murderer, but a serial killer theory.

The podcast tracks Edwards’ movements throughout his active period. With the help of April, she and podcast host, Josh Dean, follow the trail, some based on research and some based on her memory. It’s fascinating to listen to her recall places she lived, where her father worked, people they knew and when and how they left particular places, mostly in a hurry. Helping to get to the bottom of one particular murder of two young people at the time even finds April bonding with the victim’s parents. As she is as horrified by her father’s predilections as anyone. After all, she has the same blood in her as this brutal, cold-blooded killer. And I imagine that could be super-scary.

Along the way we meet a retired detective who is obsessed with Edwards, blaming him for everything from the JonBenet Ramsey murder to being the Zodiac Killer. It’s a bizarre conspiracy, but as the guy goes through things, some of them do line up and makes April wonder which, if any of them, could be true. Could Edwards have been the most prolific serial killer of all time? We never really get to the answer, but there is enough circumstantial stuff to peripherally connect him to more murders than he was ultimately convicted for. Well, more than the five that were actually pinned on him at least.

There is a certain intimacy to this podcast that makes it differ a bit from some of the others. There’s an emotional component that really hits you when we hear April talk, or some of the victims’ relatives. They bond over her father’s evil. It’s strange, but touching in a weird way. The podcast seemed to end rather abruptly, but I definitely found myself wanting more. I would definitely listen to a follow up that investigated some of the possible cases further. I imagine taking on these super-cold cases isn’t the easiest thing in the world, but in the host and in April they’ve definitely found a good duo to follow wherever. Even if they need another three years to track stuff down.